The New Life Series chronicles the life of a young woman who is raised by a group of men who work as freelance mercenaries in the dark world of drug trafficking and murder for hire. They acquired the young woman at a very young age, as she has no memory of life before them.

WARNING: This series is intended for readers 18+ and contains scenes that may cause distress to some readers: Domestic Abuse, Kidnapping, Rape and Substance Abuse are described in detail. 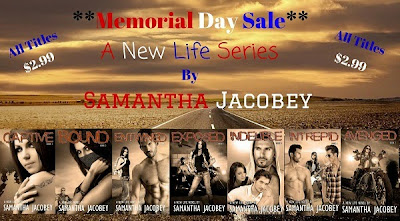 To what lengths would you go to break away from a life filled with pain and suffering?

Tori Farrell has lived a dangerous life. When you grow up with a Motorcycle Gang of Mercenaries and Drug Lords like the Dragons, a normal life is more like a fairytale. For years, she accepted her dark reality, a world consisting of drugs, sex, violence and murder. In the end, she learned the most valuable lesson: survival.

After years of being ruled by the Dragons, Tori uses her skills of seduction and assassination to free herself from the grasp of the people who vowed they would never let her go. Taken in by the FBI, she fears not everything is what it seems, and soon finds herself lost in a web of lies and deceit. She thought getting away from the Dragons would put her on a path to a new and better life, but now she must face the cold hard truth” there is always a price to be paid. 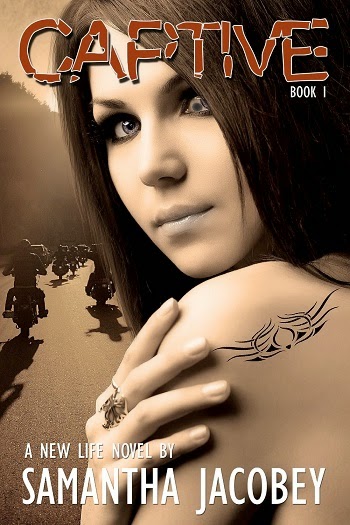 Raised by bikers and held by the FBI, Tori Farrell has literally walked over dead men to get to where she is today.

When she broke the ties to her dark and twisted life with the Dragons, she thought it would give her a fresh start and a chance to live a normal life. However, she soon discovered the demons from her past have no desire to let her go.

Bound to a halfway house under orders of the FBI, Tori takes things day by day, working to move forward and to face her own addictions. With her true identity a mystery and no family to turn to, she must learn to accept the love and support of those around her. When a mysterious and charismatic man walks into Tori’s life, she believes she’s finally found someone who wants her for who she is. But sometimes danger doesn’t hide cloaked in darkness” It comes out into the light of day in the form of a smooth talking bad boy who appears to be everything you’ve been looking for, but is really the one thing you should be running from.” 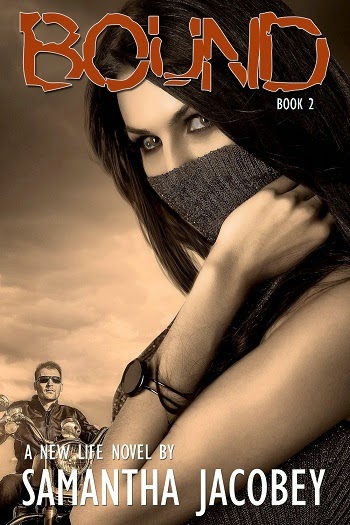 There is nothing crueler than getting a taste of something you’ve fought hard to reach, only to have it ripped away, sending your world into a tailspin

Tori wants to put the past behind her, but it’s a daunting task when you have the FBI trying to force you back into the life you’ve escaped. When a ghost from her past visits, it could be the leverage they need to do exactly that – put her back into the game of murder and deceit. Tori has decided to run, in an attempt to protect her new friends, by fleeing from LA.

Wanting a place to call home and feel safe from the madness, she sets out with a plan to disappear and hide in anonymity. Her idea only holds one flaw – a man she can’t shake, who won’t take ‘No’ for an answer.

She soon discovers that getting a new life means she must first lay to rest the demons of her past. 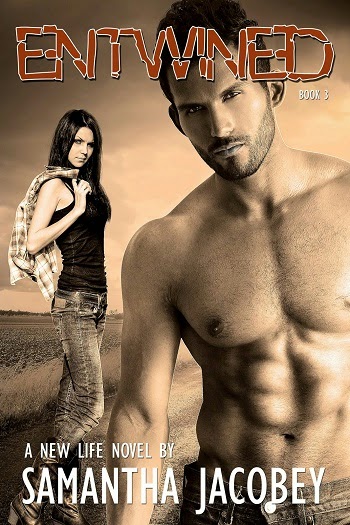 When seduction and danger are all you've ever known can you ever truly leave it behind?

When Tori walked away from a life of crime, she set forth on a path of redemption and discovery. She found a man to call her own, and a life she would give anything to keep. But love and life aren't always beautiful or kind...sometimes they are painful and traitorous.

For years, Tori's drug of choice was alcohol, but through hard work and self-determination she has learned to exist without it. Suddenly faced with her true identity, and the danger of having friends and family destroyed by the world she left behind, she finds herself once again lost in a dark world filled with sex, drugs and murder.

She thought that a life of normalcy is what she wanted most, but when she gets a small taste of the dangerous life she once lived, she is forced to face the facts...not all of the demons are found on the outside. 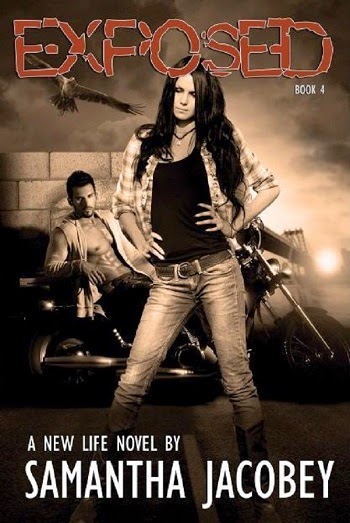 What do you do if you discover the life you’re living isn’t the one you were meant to have?

Tori Farrell’s path has been a long one. She was raised by a Motorcycle Gang called the Dragons, trained as an assassin, and lived by the sword in a world consisting of drugs, sex, violence and murder. She made her escape, and even successfully thwarted a second attempt to draw her back in.

Returning to her safe new life, Tori faces unforeseen challenges, as the discovery of her Rock Star relation, Brian Madson, gives way to the desire to have the life she was born to live. Haunted by fear, and caught in a fierce battle between her husband and brother, she must learn to accept her dark past and face her future boldly. The FBI and The Organization still linger in the shadows, and time is creeping forward, pushing her to choose. Which path will she take, and where will it lead, when she is forced to decide between destiny and fate… 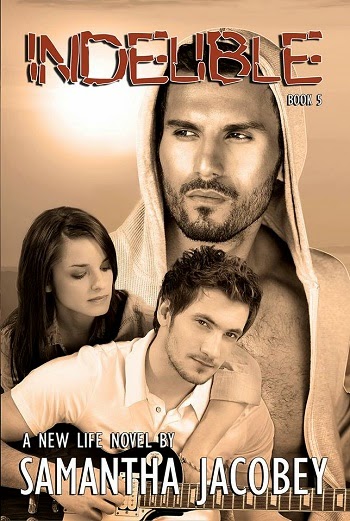 When past and present collide, how do you escape your fate?

Tori Farrell is finally on the path that leads to a bright future. Raised to be an assassin, she lived in a world consisting of drugs, sex, violence and murder. Gaining her freedom, and discovering her true identity, she has reconciled the life was born to have with the one she fought so hard to flee. Managing to hold on to her soul mate, she is pushing forward, refusing to allow the fear to hold her back any longer.

Taking her place in her brother’s band, Tori faces new challenges. Learning to live the life of a rock star seems easy enough, and she quickly gets a handle on what she holds most dear. Soon enough, the tables are turned, with the realization that the FBI has merely taken to the shadows, waiting for the other shoe to drop. Only when her former lover forces his way back into her life does it become clear; some things are simply meant to be... 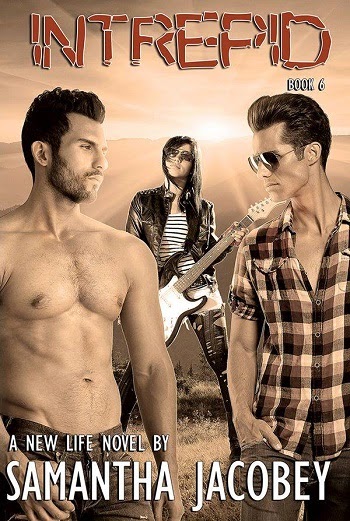 To what lengths would you go to protect the people you care about most?

Tori Farrell has lived an incredible life. Raised by a Motorcycle Gang, trained to be an assassin, and a target of the FBI, having a normal life became an obsession. Taking her place in her brother’s band, she refused to let her dark and dangerous past force her to remain in hiding. The only problem with that was, some knew who she was in her former life.

The halfway house burned to the ground and her friends in imminent danger, it is time for Tori to take a stand. Surrounding herself with the strongest and darkest men that she can trust, she sets out on the greatest adventure of her life: to bring The Organization to their knees. Will they make it through the maze of lies and deceit? Will the FBI turn out to be friend or foe? And most importantly, will they all survive, as Tori makes her push to be avenged… 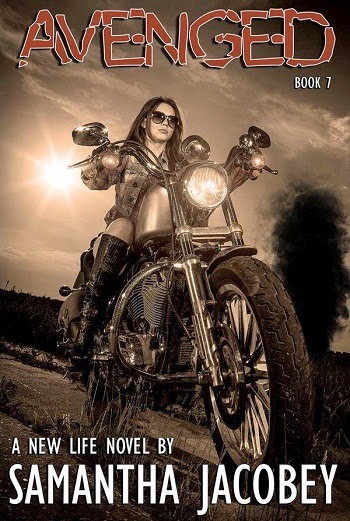 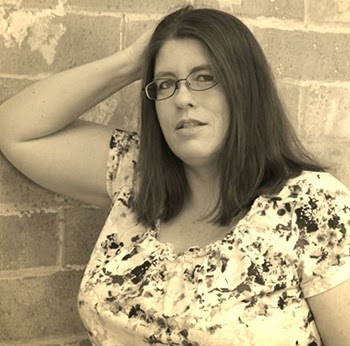 Samantha Jacobey is a middle aged woman who earned a BS in Business Management and has worked in half a dozen fields. With a relentless zest for life, she enjoys action and adventure, as well as all the love and romance it has to offer. Creating stories in her mind for many years, she has put some of them into print for the world to share, and hopes you will enjoy reading them as much as she did creating them. What drives her most is the love of a good story and is confident you will enjoy her latest creation. 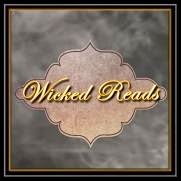