A sinister magic is sweeping across Nash City…
To Fiona Moon, it’s just another day at work. And some days, well, they’re a helluva lot worse than others. As a member of the elite Black Blade Guard, Fiona is tasked with hunting down the most-dangerous Paranorm criminals. To find out who is kidnapping mages and sucking the life energy from their bodies, she has to work with the one man that embodies everything she despises.
Master Necromancer Ian Barroes, a rich professor of Necromantic Studies, wants only one thing in this world… Fiona.
They each hold secrets that could destroy them, but ones that could also be the key to destroying the evil Voodoo priest, Bokor. They must learn to trust each other and track down Bokor before more innocent lives are lost. When Fiona becomes a target of the evil madman, she is lured into his trap. Now, she and Ian have to fight for survival… and their very souls. 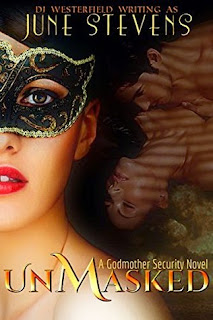 Unmasked
Godmother Security Book 1
BUY ON AMAZON
FREE WITH KINDLE UNLIMITED
READ CHAPTER ONE
Cynthia Ashe works for Godmother Security. She is the best at what she does. Happy and content with her life, things are shaken up when she meets Sebastian Prince. One night at a masquerade ball, she lets her guard down with Sebastian. Things change when she finds out she has to protect him and hide her identity from him.
Sebastian Prince is a billionaire and playboy. He loves his life but someone wants him dead. When he meets a mystery woman at the masquerade ball, he fall instantly for her. He needs to stay safe but he has to find this mystery woman.
With bullets flying, and Cindy’s deadly past catching up with them, she may have to spill all of her secrets in order to keep them both alive. Can she guard his life and guard her heart at the same time?

A Reason to Stay
Oak Hollow #1
Amazon Best Selling Contemporary Romance
BUY ON AMAZON
FREE WITH KINDLE UNLIMITED
Ellie loves her hometown, job, and her best friend Jake. But Jake is a ladies man that will never settle down. Ellie can’t stand to see him with other women anymore, so she is packing up and leaving Oak Hollow and everything she loves to start over. A night of unexpected passion makes her start to think maybe things can work out between them, until she happens upon a secret Jake has been keeping for more than a year. Will their friendship be forever torn apart? Or will Ellie find A Reason to Stay? 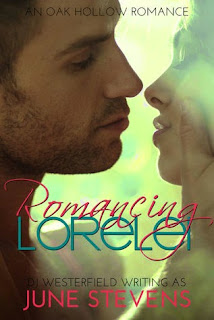 Romancing Lorelei
Oak Hollow #2
BUY ON AMAZON
FREE ON KINDLE UNLIMITED
PART ONE: LORELEI’S DANCE
Lorelei Graham hates camping and has a specific set of rules she likes to live by, which includes no sex until at least the third date. But when she meets Kaden McAllister, all of her rules fly out the window. Costumes, wine, and a candlelit tent bring to life fantasies she never knew she had … at least until morning dawns…
PART TWO: ROMANCING LORELEI
She doesn’t believe in love…He fell in love at first sight.
The moment he laid eyes on her, Kaden McAllister knew there was something special about Lorelei. After spending one incredible night with her, he knew he wanted her in his life. But the next morning she was gone, without even giving him her last name. When he finally finds her can he convince her there can be much more between them than sex?
Lorelei Graham isn’t interested in falling in love with anyone, ever. Yet, she can’t deny that something deeper lurks beneath the intense sexual attraction that sizzles between her and Kaden, She agrees to get to know him, but can she put her past behind her and open herself up to the possibilities of love?

June is a geek girl, fat chick, unrepentant romantic and bestselling romance author.  While she writes in various subgenres, all of her stories will always have one thing in common: Romance.  Lots and lots of romance.  June writes full time and is both independently and traditionally published. In her role as an indie author she is also a PR person, web designer, cover designer, graphic designer, marketing executive, small business owner, and all around June of All Trades.
When not working, she can be found making jewelry, reading, cooking, or watching geeky movies with her husband and snuggling with her 5...YES 5, furbabies.  Notice cleaning wasn't listed...
June Stevens is the pen name for DJ Westerfield.
Social Media