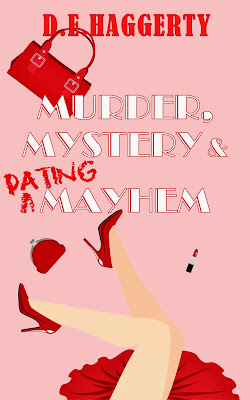 Synopsis:
My name is Izzy. I drink too much, am clumsier than a newborn foal, and my brain-to-mouth filter often malfunctions. My daredevil husband killed himself in a parachuting accident five years ago and my best friend Jack has decided it’s time I jump back in the dating pool. He’s perfectly happy to throw me in if I don’t listen. Just when things in the dating world start to heat up, my grandma dies. Only her knitting group of Jessica Fletcher wannabes is sure it’s murder. I’m not convinced but I’m always up for a bit of excitement as long as it doesn’t lead to a night in jail. Well, more than one night anyway. Will I miss my chance at love because I’m chasing imaginary killers? Did someone really kill grandma or am I and my merry band of geriatric thieves imagining things?

Teasers:
“Excuse me,” I say as I try to catch the bartender’s attention. The bartender, however, is more interested in the young girls prancing around than in me. I sigh and lean onto the bar ensuring that the girls are visible. “Excuse me,” I say again, but this time I use a sultry voice – or at least that’s what I’m going for. The bartender finally looks my way and I smile when I see his eyes immediately lured to my cleavage. Gotcha! “Tequila shot with a beer chaser, please.” He jumps to fulfill my order, but nearly trips as he attempts to maintain eye contact with my bosom and reach for the tequila bottle at the same time.
I hear someone chuckle beside me and turn to see a hotter than hot piece of male specimen staring at me. I immediately feel my face burn. The bartender saves me by slamming my drinks down in front of me. I grab the tequila shot and quickly down it before latching onto the beer to soothe my burning esophagus. Good thing I have lots of practice or I would probably spit the beer out like a college freshman during rush week, although I may have coughed just a teensy bit.
Sufficiently fortified, I turn to the man again and notice him watching me. He raises an eyebrow. “I tried that trick earlier,” he says, tilting his head towards the bar, “but the bartender didn’t seem impressed with my assets.” I look him up and down. “You look pretty hot to me,” I say and then slap my hand over my mouth when I realize my comment probably sounded like some lame pick-up line. “Sorry.” Is it possible for my face to spontaneously burst into flames? “Sometimes my mouth opens before my brain can stop it.”
The man laughs and shakes his head. He reaches out to shake my hand just as a loud, obnoxious bell rings. “That’s my cue,” I say as I jump off the barstool. I wobble a bit, and hottie reaches out to steady me with his hand on my elbow. I gasp as a current of pure electricity moves through my arm. I startle and nearly trip in my heels. 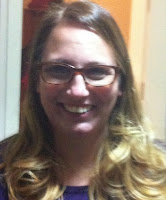 I was born and raised in Wisconsin, but think I’m a European. After spending my senior year of high school in Germany, I developed a bad case of wanderlust that is yet to be cured. My flying Dutch husband and I have lived in Ohio, Virginia, Wisconsin, the Netherlands, Germany and now Istanbul. We still haven’t decided if we want to settle down somewhere – let alone where. Although I’ve been a military policewoman, a commercial lawyer, and a B&B owner, I think with writing I may have finally figured out what I want to be when I grow up. That’s assuming I ever grow up, of course. Between tennis, running, traveling, singing off tune, drinking entirely too many adult beverages, and reading books like they are going out of style, I write articles for a local expat magazine and various websites, review other indie authors’ books, write a blog about whatever comes to mind and am working on my fifth book.

Interview With  D.E. Haggerty:
My books, thus far, are in the mystery/thriller/suspense genre. Murder, Mystery & Dating Mayhem, my most recent book, is a humorous chick lit novel with a side of mystery and murder. Life Discarded is a thriller/suspense novel that centers around one question: Why would a woman walk away from her seemingly perfect life? Buried Appearances is an historical mystery about Skylar who discovers that the remains of her grandfather, a Nazi sympathizer in the Netherlands, have been found in a Nazi killing ground. I also translated this book into Dutch. Unforeseen Consequences is a military mystery concerning four women who were the best of friends in basic training but discover a secret, which haunts their futures.
Murder, Mystery & Dating Mayhem was hands down the most fun to write. I’m a bit embarrassed to admit that I laughed out loud at the hijinks my characters got up to. After finishing Life Discarded, which was a very heavy novel about emotional abuse and rape, it was a relief to spend time writing something that was light-hearted.
I don’t get much of a choice really. The genre and the characters chose me. Often I just get pulled along with the story. I thought Murder, Mystery & Dating Mayhem was going to be a simple romance but the grey-haired lady gang (a group of elderly knitting buddies of the main character’s grandmother) demanded more of my attention in the book and forced the murder to become more central to the story.
Everywhere. I have a very overactive imagination, which may or may not have anything to do with my enjoyment of adult beverages. I love people watching and making up stories about the people. I keep a notebook with all the ideas. I let these ideas brew in the back of my mind and eventually wake in the middle of the night when the idea bursts into a serious story.
Read, read, read and read some more. I’m a bit obsessed with reading, can you tell? I also love to play tennis, run (I actually don’t like running much but I do love how I feel after finishing a run), drink adult beverages on a sunny terrace, travel to exotic locales (which at the moment is anything outside my doorstep as we live in Istanbul), and watch movies.
All the time. I don’t let it bother me. I know everyone gets writer’s block from time to time. If I’m in the middle of a novel, I’ll print out what I’ve written thus far and work on editing. Sure enough while I’m re-reading the chapters, ideas start shaping of how to proceed and soon I’m raring to go again.
It depends on the novel. When I’m writing a mystery or a suspense/thriller, I need to use an outline to make sure that clues are peppered throughout the story and suspense is slowly built. With the chick lit novels, I work more with a bunch of chapter ideas. I keep a notebook full of different ideas for chapters and try to write a chapter every day. Eventually an outline is formed but it’s more of an afterthought.
I can’t remember a time I didn’t write. In elementary school I scribbled songs and poems in my notebooks. Then, in middle school, we were given an assignment to keep a diary. Instead of keeping a diary, I wrote a ‘book’. I just never figured I would do anything with the writing.
I treat writing like a job because some day I hope to actually make a living with writing as opposed to just making enough for a few nice dinners a month. This means I’ve got an office all set-up for my writing. When I’m editing, I take over the dinner table with laptop, notebooks, multi-colored pens, numerous highlighters, and thousands of sticky notes.
I loved writing Murder, Mystery & Dating Mayhem so much that I decided to make it into a three book series. The next book features Jack’s story. Jack’s store is having troubles. Is someone stealing from him? Could his business partner and former lover be behind it all? Will Jack catch a thief or find love? Either way Jack’s going to get his man.
The third book will be the story of Delilah, a character introduced in Jack’s book. Delilah is on the run and hiding at her grandmother’s house. But when someone shows up dead and the police blame her, will the grey-haired crew be able to find the murderer and clear Delilah or will Delilah be heading for prison?