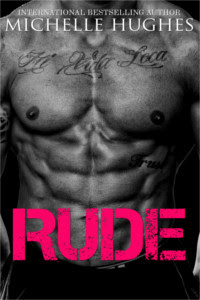 BLURB:
Sexy twin brothers. One owns her heart, the other makes her burn. Would it be rude to keep them both?

Liam walked into my world and turned it upside down with his lickable abs, bedroom eyes, and alpha male persona. He was sin personified and I wanted him to damn my soul. Everything about him drew me in, daring me to step outside my comfort zone and forget all the rules I'd made to keep my heart safe. He was rude, vulgar, and promised everything a good girl dreams about doing with a bad boy.
As if his temptation wasn't enough, his twin brother was thrown into the mix. Luke was Liam's polar opposite in every way, except for his panty-melting looks. Charming, respectful, and a man you wouldn't mind taking home to meet the parents. There couldn't be a more perfect man. Put the two of them together and it was a combination no woman couldn't resist.
I've never considered myself a prude, even though I was holding out for marriage. How could I walk away from a night that fantasies were made of? Liam told me that great sex was never boring. It was dirty, passionate and always a little rude. All I had to do was say yes. Two sexy twin brothers promising one hot night of unadulterated sex.
Would it be Rude to turn it down? 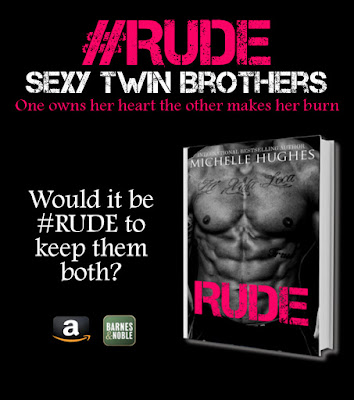 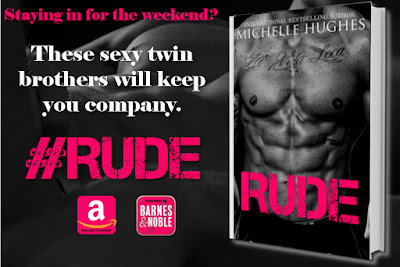 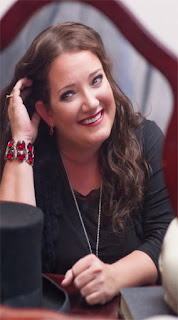 For your readers that don’t me, I’m Michelle Hughes. I write spicy contemporary romance, erotica and also paranormal. I love romance, and think that all flavors have something to offer, so I couldn’t just stick with one version of it. I’m a wife and mother to five, which is probably why I write the sexy stuff, because who has time for it when you’re taking care of all the daily responsibilities of raising a family.

Most of my books include strong alpha males and virgins. To me there is something unforgettable about the first time, and I love bringing that scenario to life between the pages of a book. My latest release, RUDE, is no exception to that. Two sexy twin brothers and one lady who falls hard for one and desires the other. There are some explicit sexual situations involved, so if you like it hot, I hope you’ll give it a try. You can read more about it below.

Thanks so much for letting me stop in and share a little about myself and my work. I love hearing from readers, so if you’d like to get to know me better, follow the links below.
Michelle’s Social Media Links:
www.facebook.com/authormichellehughes
www.twitter.com/michellehughes_
www.tearsofcrimson.com