Blog Tour for Suit Yourself by Susan Mac Nicol 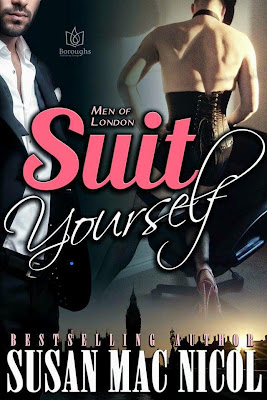 The film, titled The War Whore, started and Oliver wondered if he was a narcissist watching his own movie. However, he wanted to see Adam in action, imagine it was Leslie above him, see those cobalt blue eyes staring into his as he fucked him. His cock rose and Oliver sighed in satisfaction as his hands got busy. There was something to be said about living alone and having the privacy to jack off in your own living room using the lube that was scattered around the place.
Through lazy eyes, he watched himself lying on a medieval divan, dressed in an opened leather waistcoat, chest hair showing. He remembered that those pants had been the most uncomfortable leather ones he’d ever worn. They were opened to show his cock upright and purpled, already glistening and definitely ready for the slave who stood in front of him. Adam smiled invitingly on screen and dropped his tunic to reveal an impressive dick and a slim, muscled body. He also had a backside that you could bounce coins off. The man’s arse had been bite-worthy, and Oliver’s mouth filled with saliva as he imagined what Leslie’s would be like. From what he’d seen today, the man had a tight, bubble arse and Oliver really wanted in.
Languid strokes to his cock made his pulse race; his mouth opened and his heavy breaths echoed in the room. He watched the events playing out on screen, as Adam straddled him and then rammed down on his cock with a fierce battle cry and began to bounce up and down like a yo-yo. Oliver closed his eyes and imagined that scene, but with Leslie in the slave role. Black bangs over blue eyes framed a face that was pale and delicate, yet with the strength of a man’s jaw and square cheekbones that made no mistake about the gender of the person currently riding Oliver’s cock. 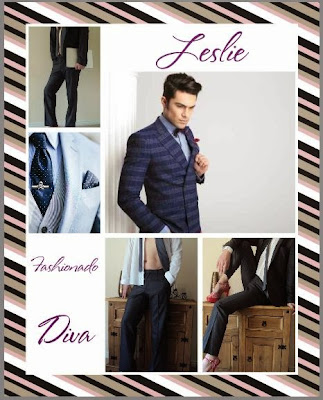 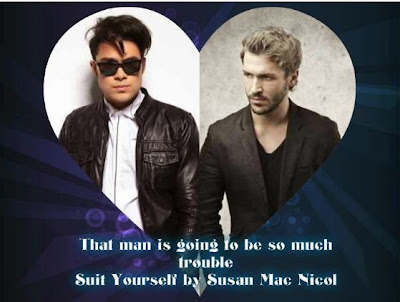 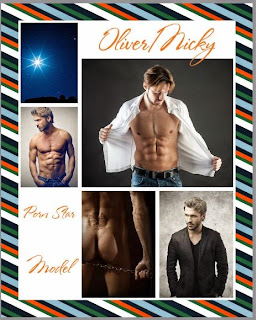 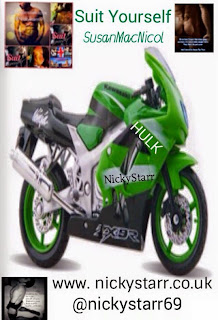 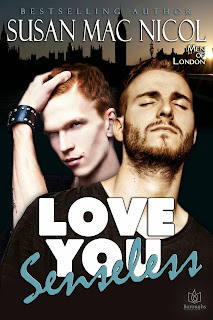 One of London’s up-and-coming chefs, Eddie Tripp has just the right recipe to drive tragedy from the mind of Gideon Kent—and leave him senseless with desire.
THE MEN OF LONDON
From Soho to Norwich, there’s no escaping love.
A TASTE OF FOREVER
An award-winning chef with his own restaurant and an inexhaustible passion, Gideon Kent once had everything. Then came tragedy. It stole more than Gideon’s home. He hasn’t cooked since.
Until Eddie Tripp. Fun-loving and vivacious, the Norfolk redhead’s a real up-and-comer in Gideon’s kitchen—and other places. Slim where Gideon’s broad, easy-going where Gideon is growly, he and Gideon seem polar opposites, and yet Eddie conjures flavors that would tempt anyone with a taste for perfection. The sauce of love is already simmering, and this pair is about to dine on the most delicious dish they’ve ever prepared. Because Eddie’s been Gideon’s missing ingredient all along.
getBook.at/LoveYouSenseless 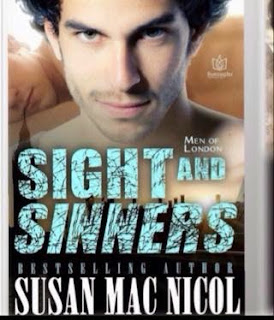 The murder of a shared friend leads a high-profile investigator and a psychic into a mystery involving lies, blackmail, BDSM—and into each other’s arms.
THE MEN OF LONDON
From Charing Cross to Waterloo, there’s no escaping love.
SEEING THROUGH…
28-year-old Draven Samuels has a tragic past, but as an investigator with a high-profile London company he now gets what he wants. Tough, sarcastic, and sceptical, he has no patience for lies and even less for people who waste his time. Even if they’re as beautiful as the wild and dark-haired Taylor Abelard. Especially when they’re talking over the body of a murder victim.
THE DARKNESS
Psychic Taylor Abelard is used to people calling him a freak. He can see past events and feel the ghostly vibrations of people close to him who’ve passed on. It’s why he doesn’t get too close to the living. But this time, against his better judgment, despite Draven’s mocking rejoinders, Taylor will get closer than ever before. The mystery of a dead friend will lead the two men down a dark and seedy trail of blackmail and lies. Add in the heartbreak of a family tragedy, and events lead them straight into each other’s arms. By the end of this night, all their demons will have risen—and been banished with the dawn.

Susan Mac Nicol is a self confessed bookaholic, an avid watcher of videos of sexy pole dancing men, self confessed geek and nerd and in love with her Smartphone. This little treasure is called ‘the boyfriend’ by her long suffering husband, who says if it vibrated, there’d be no need for him. Susan hasn’t had the heart to tell him there’s an app for that…

She is never happier than when sitting in the confines of her living room/study/on a cold station platform scribbling down words and making two men fall in love. She is a romantic at heart and believes that everything happens (for the most part) for a reason.  She likes to think of herself as a ‘half full’ kinda gal, although sometimes that philosophy is sorely tested.

Lover of walks in the forest, theatre productions, dabbling her toes in the cold North Sea and the vibrant city of London where you can experience all four seasons in a day , she is a hater of pantomime (so please don’t tar and feather her), duplicitous people, bigotry and self righteous idiots.

In an ideal world, Susan Mac Nicol would be Queen of England and banish all the bad people to the Never Never Lands of Wherever -Who Cares. As that’s never going to happen, she contents herself with writing her HEA stories and pretending, that just for a little while, good things happen to good
people.

a Rafflecopter giveaway
Posted by Gia Guido at 8:58 AM