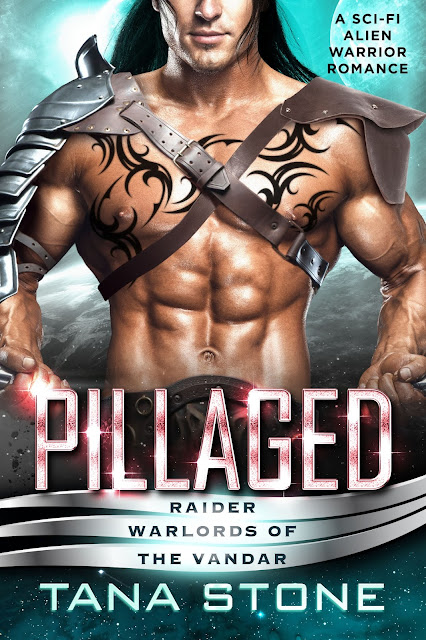 I was promised against my will to an imperial general. . .so I escaped. Right into the arms of an even more ruthless Vandar warlord.
I’d thought things had been bad when I’d been ordered to marry the repulsive Zagrath general. But then I’d been captured by the empire’s most deadly enemy--the Vandar raiders. With their battle kilts and tails, the raiders are known for being fierce warriors who never take prisoners. Until now.
The fear I feel when I'm taken by the menacing Vandar warlord is confirmed when I discover why he treats me like an honored guest. Taking the general’s bride is one thing, but to strike the most personal blow the Vandar must claim me as his, taking me to his bed until his mating marks appear on my skin and mark me as his true mate.
But he has no intention of forcing me. He wants to make a deal—become his willingly and I will get what I’ve always wanted—my freedom from a loveless, arranged marriage. Can I agree to a deal with the darkly dominant warlord who stokes both my fear and desire? Even if being claimed by the Vandar is only revenge for him and freedom for me, will my heart remain untouched as he pillages my body? And will the general give me up so easily, or will he come for both of us with all the firepower of the empire? 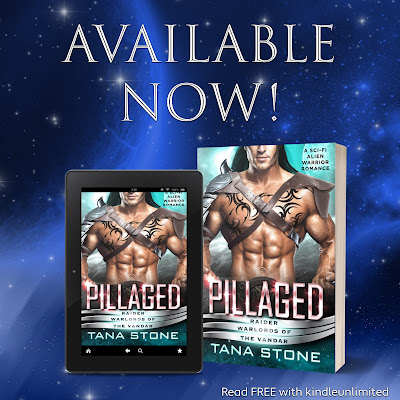 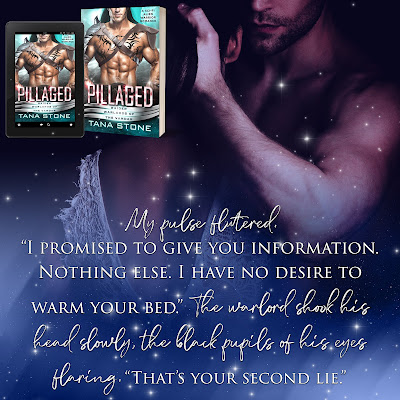 EXCERPT
Toraan
I eyed the human female thoughtfully. Although she was beautiful, she was clearly not willing to pleasure and obey without question. There was a spark of defiance in her amber eyes. She’d stolen a ship and escaped from a marriage she did not want. She would not submit to just anyone. The thought of her rebellion and fire made my pulse race. She was just the challenge I needed.
I pivoted to Viken. “Take her to the chamber attached to my quarters.”
His pupils widened even as he kept his face solemn. “The Raisa chamber?”
I flinched at that word. My uncle, Raas Maassen, had designed his warbird with a sleeping chamber for his mate to travel with him. Although it was not Vandar tradition to have females onboard our horde ships, he had never been one to follow rules slavishly—one of the many reasons he had not seen eye to eye with my own father. But his Raisa had died before she'd joined the ship. He’d never taken another mate and never used the Raisa chamber.
Nevertheless, it was attached to the Raas quarters I’d inherited, and now it would be put to use, even if the name did not fit.
“Yes, Viken.” I flicked my gaze to him and then away quickly. “I prefer to question her there instead of your oblek. I believe it will be more productive.”
My battle chief’s brow quirked slightly, before his face resumed its stern expression. He stepped forward, taking her by the arm and leading her away.
As she passed me, I curled my tail around her forearm to stop her. I bent low, breathing in the sweet scent of her. “I will come to you soon. You should be prepared.”
She swallowed hard, her eyelashes fluttering as she tipped her head back to look at me.
“Prepared?”
“You have come onto a Vandar warbird to ask us to protect you from the empire and keep you hidden from your fiancé, who is an imperial admiral. We will do this at risk to our horde, but only if you are prepared to give us—me—something of value.”
“I told you I have information.”
I let my gaze drift to her full lips, which she licked nervously. “Yes, information. Let us hope it is as valuable as you claim, or you should consider what else you are willing to give me.”
She lifted her chin. “You will not be disappointed, Raas.”
I stepped back, releasing her arm from my tail’s grip, and watched Viken lead her away. I growled and jerked my head forward.
This is all a part of your strategy, I reminded myself. Nothing more. She is nothing more than another pawn in the game.
A beautiful, dangerous pawn. 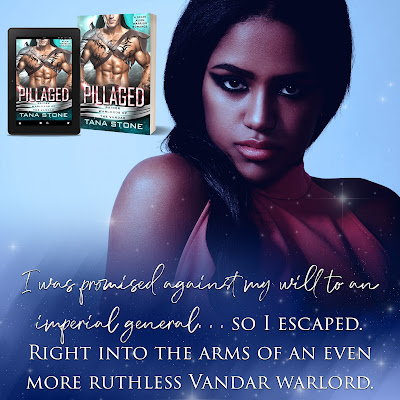 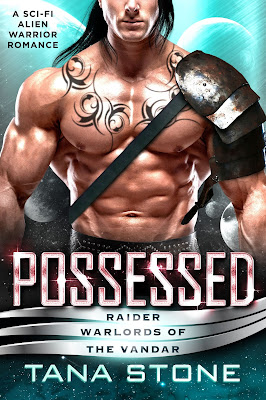 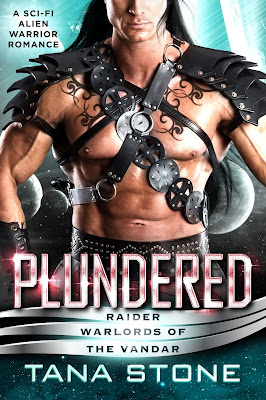 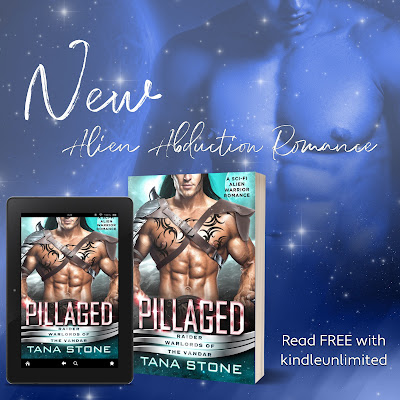 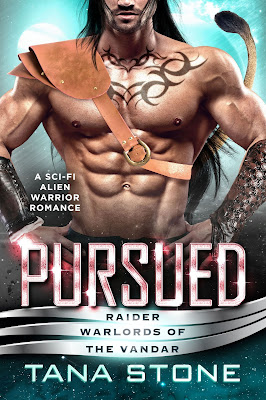 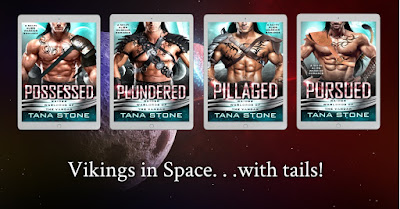