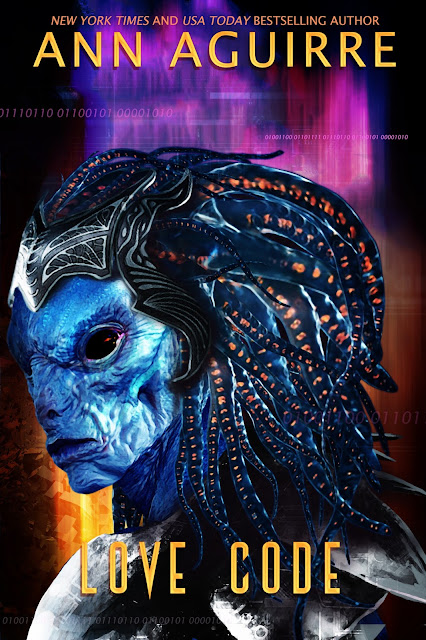 He's cute. He's cranky. His code is sleek as hell.
What's an amnesiac AI doing in a place like this? Helix has no idea. He knows he planned to build a life for himself on Gravas Station, but he has no clue what he's been doing for the last half cycle. Nor does he understand why his ship crashed. A genius Tiralan scientist saved him by copying his code into an organic host, and after meeting her meddling mothers, it seems like his problems have only just begun...
She's clever. She's creative. She claims that he's her mate.
Qalu has no interest in relationships. She'd much rather be working in her lab, innovating instead of socializing. Problem is, the Tiralan believe that one cannot be happy alone. When a solution literally falls from the sky, she leaps at the opportunity to advance her research and teach Helix how to be Tiralan while calming her mothers' fears. It might be unconventional, but she's ready to break all the rules for a little peace.
They agree to pose as each other's mates for the most logical reasons, but love always finds a way.
ADD TO GOODREADS 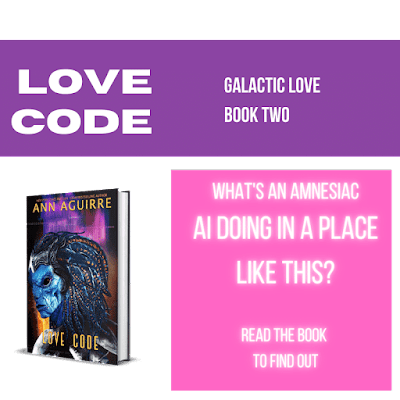 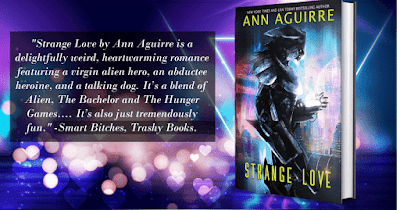 EXCERPT
“I did not like him.”
Startled, she asked, “Why?”
Helix stopped in the center of the ramp, seeming to consider the question. “I have no data to support my antipathy. It is…an emotional response.”
“But you must have some notion what triggered it.”
“He disrespected you. He interrupted you and misrepresented your work,” he finally said.
“Oh.” She quivered a little over the perceptive nature of his response. It was so good to be seen and known. The longer she spent with Helix, the more she appreciated him. “That’s precisely why I dislike him,” she added.
“How are you acquainted?” He set off again, more slowly this time.
As they climbed, she explained the situation, and Helix let out a sound of pure annoyance. “This is what you meant to avoid by asking me to act as your suitor.”
“Yes. While you’re with me, I won’t have to deal with individuals like Gravitch any longer. I can enjoy the peace and focus on my work.”
“Yet you haven’t worked much since I woke,” he pointed out.
“On the contrary, every moment I spend with you is pertinent.”
Helix stilled then, frozen mid-step, and when he gazed at her, she glimpsed a quiet wound. Did I say something wrong?
“Then staying with me is…work? You do not enjoy my company.”
Qalu felt the sting of that question in her own chest, and too late, she saw what she had implied. That he was all research to her, data to be logged, results to chart. How can I fix this?
“I enjoy spending time with you,” she said quickly. “Currently you’re my favorite person. But it’s also true that your existence informs my work. Which I also happen to love.”
Perhaps I didn’t put that well.
“I am your favorite person,” he repeated—a statement, not a question.
At first, she thought he was questioning the “favorite” part but when she looped the words in her own head, she detected a faint stress on the final word, as if it mattered to him greatly be considered a person. He had been, even before he gained flesh. Yet he seemed to find validation in her assertion.
“You are.”
“Would you say that we’re friends?” he asked.
“Definitely. What do you think?”
“I’m still figuring out what that means. Before, I thought I was close to someone, but I always felt the crushing need to be useful, as if I would be discarded otherwise. I’m not sure how I fit into a world where I receive benefits regardless of my contribution.”
Not for the first time, Qalu wished her touch imparted comfort. “Benefits?”
“You shelter me, feed me, provide for me in all respects. And now, you’ve brought me to observe art for personal inspiration. And yet you ask nothing in return.”
“Your company is valuable,” she said. “So are your thoughts. I enjoy hearing them.”
“I have difficulty adapting to that outlook,” he admitted.
“That you have value outside of any labor provided?”
“Yes.”
“Then…imagine our situations were reversed. Am I worthless if I cannot give you food? If I lacked the resources to continue as we are?”
“Certainly not,” he said at once. “You’re a brilliant person.”
“So are you.”
“Oh,” he said, his voice deep and soft. “I’m…feeling something new.”
“Can you describe the sensation?”
“It’s confusing. But…I’ll try. My chest hurts a little, but not like the pain from before, when I first woke up. It’s something else. I’m happy too. I know how that feels, but there’s more to it. And I want to be…closer to you.”
“Physically or emotionally?”
“Both? I think it’s both.”
At hearing that, Qalu took two steps forward, bringing herself close enough to inhale the scent of his skin. They used the same hygiene products yet they smelled different on him somehow, deeper and richer with hints of spice. “Better?”
“Yes. But it’s not enough. What do I want exactly?” He wasn’t asking to tease her.
Qalu could tell he didn’t know, and she wasn’t sure enough of her hypothesis to speculate aloud, though it seemed as if Helix might be experiencing attraction. The great mothers knew that she was, had been from the beginning, but it was inappropriate to let such feelings flourish. She ought to consider him family, not a potential love interest.
But when he stepped nearer still, she didn’t withdraw. Instead, her head tendrils fluttered up in silent invitation. That was an irrepressible mating overture, and she hoped he didn’t realize as much. Just as she was about to withdraw, his head tendrils quivered to life, and she stilled, scarcely able to believe this was happening.
“Yes?” he whispered.
He’s asking. He doesn’t even understand what he wants to do, but he’s asking.
“Yes,” she said. 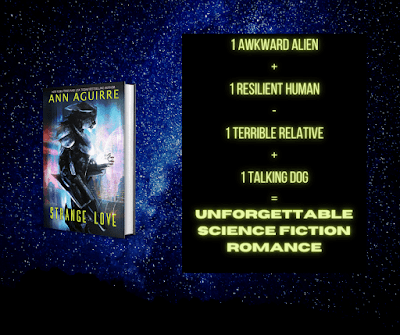 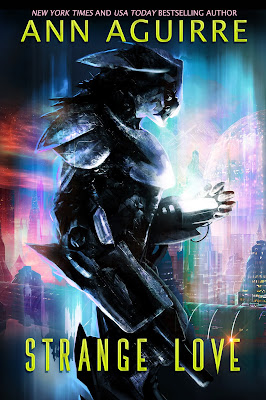 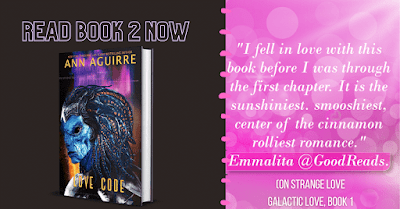 New York Times and USA Today bestselling author Ann Aguirre has been a clown, a clerk, a savior of stray kittens, and a voice actress, not necessarily in that order. She grew up in a yellow house across from a cornfield, but now she lives in Mexico with her family. She writes all kinds of genre fiction, but she has an eternal soft spot for a happily ever after.
AUTHOR LINKS