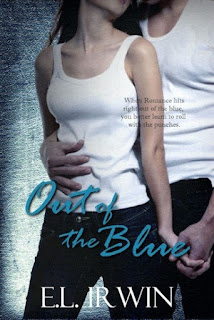 Out of the Blue


Synopsis:
KatyBeth Reilly, horse-trainer extraordinaire, is capable, responsible and hard-working – she hates backing down in a fight. When she meets – completely by chance – Hollywood Heartthrob, Asher Fitzpatrick, she decides she wants nothing to do with him. He’s arrogant, self-assured, and seemingly very assured of her.
Asher doesn’t like taking no for an answer – he’s determined to get to know Katy – so he makes a couple phone calls that set the stage for their second meeting. When Katy comes face to face with Asher again, she knows she’s going to need help this time – not because she feels out-maneuvered, but because for the first time in her life she knows she doesn’t want to fight. 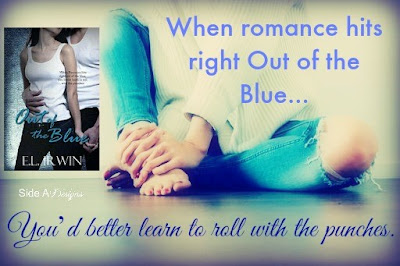 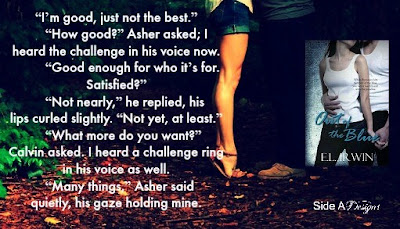 #2:
“Passion, that’s what you felt, Kate – it’s passion.”
I shook my head in disagreement. “Lust, maybe. But, not passion.”
“What’s the difference?” He chuckled, leaning back against the barn door.
“Between lust and passion?” I asked him. Asher nodded, a grin still playing on his lips.
“Lust is just a physical response based upon nothing but bodily desires. Passion is the physical expression of love between two people who mutually respect each other, who are fully committed to each other.” I said, hoping to make him see.
“That sounds like a text book answer. You may have seen passion in a movie, read about it in a book, but I’d say you’ve just had your first taste of what passion will be for you. And I do respect you, Kate,” he said, his voice low and serious. 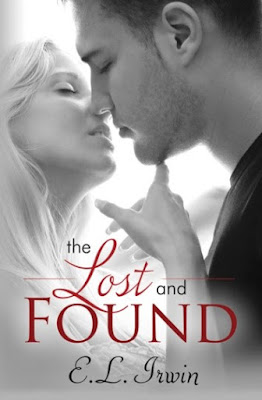 The Lost and Found

Synopsis:
When recent high school graduate Crimson Sage’s life is shattered, she and her brother are forced to move across country with a grandfather they never knew existed. Crimson finds herself drowning in anger and fear, desperate to be numb to everything around her.
Enter Josiah; he’s stubborn, tough, and fearless, and he absolutely refuses to allow Crimson to drown. 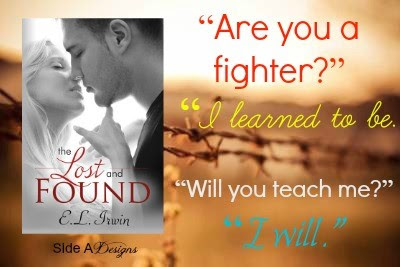 
Those deep blue eyes were trained right on me; they pinned me to the spot and my breath hitched a little in my throat. “Crimson,” he said, his voice even, smooth, like water. “It’s time you left your room. Are you walking or will I be carrying you?”
As soft and soothing as his voice was, there was a firmness there as well.
“My name is Sage and you can get out. Now.”
“Carrying you is fine by me, Crimson.” The firmness had hardened.
“It’s Sage, and don’t you lay a hand on me.” I crossed my arms in front of me, trying to look fierce and intimidating.
Josiah must not have noticed because he stepped right up to me without hesitation; his strong hands gripped me, lifted, and tossed me over his shoulder.

#2:
“Why?” I whispered. “Why are you helping me? Why did you wake me up and make me choose?”
Josiah stared at me for one long moment, his blue eyes gazing into mine. They flickered down to my mouth before returning to my eyes. “Because you needed to know you were still alive. Because I saw something I recognized in you.” He paused then said, “Because if you didn’t wake up, I’d never be able to do this…”


A child of divorce and abuse, E. L. Irwin found escape in reading and writing, and through the school of hard-knocks, learned to be a fighter.  She’s a self-described romantic-rebel who wears her heart on her sleeve and tends to shoot from the hip on subjects that matter.  She enjoys riding horses, camping, fishing, wearing heels, shooting her XD.40, tattoos, and of course, a good book and hot coffee.


1. Can you tell us a little about your books?
I have two books currently published. I've finished a third one, called, Long Live the Rebel and hope to get that one published this year. And I have another project I'm working on as well--this one is a fantasy/supernatural duology. One thing that most people note about my books is that they can get pretty steamy, but never seem to cross the line.
2. What inspires you to write?
I'd have to say that reading it what most inspires me to write. I love to read. And, if I like a book, I can read it over and over again.
3. When did you know you wanted to write a book?
Hmmm...I don't know that I ever, especially with my first book, Out of the Blue, sat down and thought, "Hey, I'd like to write a book." In fact, I share this in my included author info page, I sort of wrote OotB by accident. I was just messing around. It wasn't until I'd finished it that I'd even realized I'd written a book. And it wasn't until I'd been published that it occurred to me that I wanted to be a writer.
4. Do you have a special time to write or how is your day structured?
I wish I could say I was a super disciplined writer and I had daily word count goals and time set aside strictly for writing, but truth is, I don't. I'm married and a mom of three that I homeschool, and we live on a small farm where we raise beef cattle and have chickens and pigs, and basically, I write when I can. Most often it's late at night, or early morning, or when the muse strikes.
5. Do you have a favorite food or drink you must have nearby when writing?
Coffee, water, tea, wine, did I mention coffee?
6. Do you have a favorite spot to write?
My Dad passed away about three years ago and I miss him terribly...he had a really nice oak rolltop desk, and I now have that and do my writing there. I love it and it makes me feel closer to him.
7. If your fairy godmother waved her wand and whisked you away to the location of your choice, which place would you choose?
IRELAND!! Oh my gosh -- I'd LOVE to go to Ireland. In fact, I'm planning a trip there next year. Yay me!
8. What are writing projects are you currently working on?
Well, as I mentioned above, I completed a first draft on a new contemporary novel called, Long Live the Rebel. It's the story of AJ McAdams, a Military Romance writer living on Coronado Island near San Diego. Life for AJ is great. She's busy and successful. She has her best friend Harley and her cat Josephine. And then she gets a letter and suddenly she finds herself in Sequim, Washington, trying to find out who she really is. All while trying to stay alive and figure out who she can trust, because someone has been stalking her. Enter Ryler Dean, former Army Ranger and combat veteran. Ryler has his own opinion of AJ and life, and frankly, he wants nothing to do with her -- if only his body would listen to his brain.
And then, I've completed a first draft on the first book in my fantasy duology. It's called Between Earth and Eden. And have begun work on the second book, entitled, Between Heaven and Hell. This is the story of Jane Tanner, twin to Cash Tanner, formerly of Portland, OR, now living in Astoria, OR. Jane doesn't know that she has her own personal demon and tormentor, nor is she aware of the presence of her guardian angel. Jane's angel prefers it that way. It's safer for Jane that way. But events soon happen that blow the lid on the whole shebang and Jane finds herself thrust into a world she'd never known existed. Will good win? Or will demonic forces shatter her and everything she holds dear?
Posted by Gia Guido at 9:00 AM