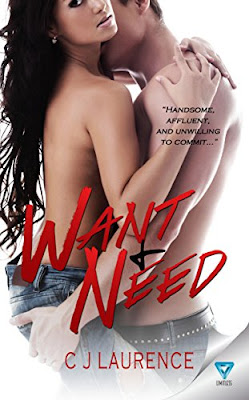 Kyra Wilson is an average woman with a typical job. Her boss, on the other hand, is anything but average. Paul Connors is handsome, wealthy, and has massive sex appeal to boot. After some mutual flirtation, Kyra makes a move to change their work relationship to something more.

All goes as planned, until Paul makes his stance on relationships clear…

After a few hot encounters between the sheets, Kyra is ready to take it to the next level. But Paul refuses to commit—and won’t say why. Settling on ‘friends with benefits,’ Kyra is happy to make the most of Paul’s body in the hope she can change his mind.

But when a handsome stranger comes along, Kyra is swept off her feet…

Kyra meets her best friend’s soon to be brother-in-law, Scott Adams. Tall, dark, handsome—and monogamous—he is everything she wants, and more. Engulfed with the desire to settle down, Kyra falls fast and hard. Still, she struggles to cast aside her lust for Paul so she can completely focus on her future with Scott.

As always, nothing is as perfect as it seems…

When wicked secrets are exposed, Kyra dangles between the two men. With her future on the line, Kyra closes the door on her past and accepts Scott’s invitation to live together.

It doesn’t take long for a trio of tragedies to leave Kyra clutching onto her sanity, and relying on the one person she only ever dreamed of… 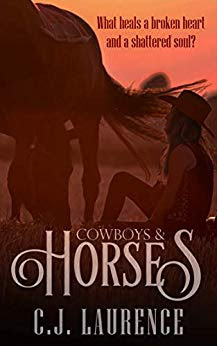 Sophie Woods has her ideal life—good job, flashy car, and a sparkling diamond on her ring finger. All that comes crashing down around her when she finds her fiancé in bed with her sister. With Sophie in a mess, her mum and best friend send her off on a four-week vacation to a working dude ranch.

Horses have always been Sophie’s solace in life and it doesn’t take long for her to relax and enjoy herself. In doing so, she finds herself questioning her entire life up to this point, leaving her wondering what the future holds.

But what she doesn’t expect is the delicious Head Wrangler, Brady Lancaster. As sexy as he is cool, Brady has only one goal for his guests—to give them a true sense of a real working life. After a few days of cold exchanges, Sophie soon finds herself melting in his arms.

However, her fiancé turning up unannounced flips her world upside down, leaving her wondering if her new love is just a fling, or something more. More importantly, should she work on repairing her tattered relationship or not? 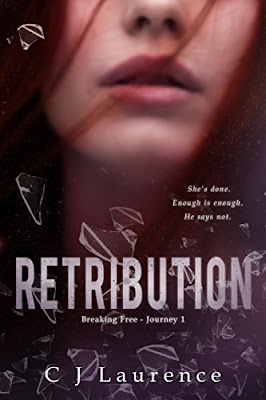 Imprisoned for ten years - mentally and physically. An entire decade of life has passed her by. But she's determined to rebuild her life.

Louisa Simmons has survived broken bones and a shattered soul, emerging from the other side alive - and with her eight year old son by her side. It's been a few short months since she's been free from her captor, tormentor, abuser - her partner.

She tries not to look at everyone with suspicion, fearing their ability to harm her beyond repair. She's trying to trust again. But, as she pieces herself back together, Louisa never expects to include a new man in her fresh start.

A chance opportunity crosses her life with that of Jake Murphy - one of Hollywood's hottest actors of the moment. Fascinated by her from the outset, Jake asks Louisa out to get to know her better. However, he is completely oblivious to Louisa's ex being hot on her trail - and refusing to let her go.

Together, Louisa and Jake will discover how desperate one person grasping onto their sanity can be. Will they be able to be free of him and will their new relationship be able to take the strains of a dark and tortured past? 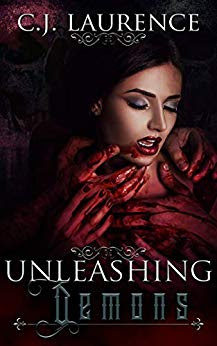 On their annual three-month vacation from Hell, Commanders of Hell Azazel and Balthazar end up in a quiet village in the English countryside. The bickering siblings put themselves at odds when Balthazar decides he wants to end their demonic curse and become human by finding his demi-soul—the one who completes him. With their ancient history coming between them again, the two brothers cross paths with Kyla Marshall—a woman whose own past is steeped with horror.

Kyla finds something deep inside her resonating with the unstable duo. When her own festering rage and fury creeps to the surface, she finds herself on a one-way street to bloody revenge. Along the way, she discovers she has her own standing in the supernatural world, and such talents only make her thirst for justice greater.

By the time Azazel and Balthazar realise what’s going on, it’s too late and Kyla’s hands are already dirty. However, an unexpected enemy has been watching from the side-lines and is ready to take full advantage of Kyla’s uncontrollable power.

Can Lucifer’s best stop fighting with each other long enough to save the girl? 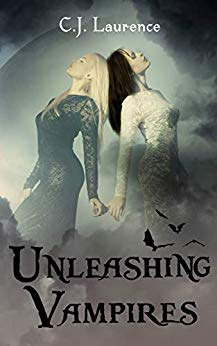 Emotional baggage is dangerous for anyone but it’s even more lethal when supernatural magick runs through your veins.

Damned to Hell at the tender ages of ten and eight, Lina and Arana Wilkins are taken in by the demon Queen, Lilith, to be part of her fearsome Lamia. They find themselves tasked with seducing committed men and killing them when they give in to the vampiric temptresses.

However, a childhood tragedy burns deep inside the two sisters, fueling them to exact revenge on the person who put them where they are – their older sister, Kyla Marshall.

Kyla is a force to be reckoned with, being a powerful elemental witch. Still adjusting to her own standing in the supernatural world, Kyla is not naïve to the fact her sisters will come for her, one day.

When men start showing up dead and drained of blood, DCI Spencer Phillips leads the investigation. Wanting a criminal profiler by his side, he hires Kyla to aid him. What he doesn’t realise is he’s unwittingly put her right in the crosshairs of two revenge ridden vampires. But, in a strange twist of fate, Spencer discovers he’s not all that human either.

Will Lina and Arana quench their thirst for bloody justice? 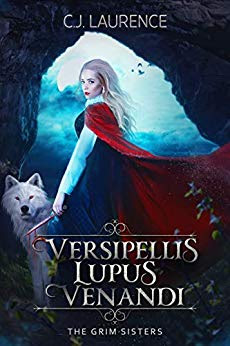 Meet the Red Riding Hoods—an elite family who have hunted werewolves since the early 13th century. Only this family has the power and the know-how of keeping these rabid beasts from over-running the earth. The question is, do they want to?

Katana Kempe is the youngest of seven children and the only daughter of Malaceia Kempe—the fearsome head of The Red Riding Hood family business. Held back by her father over the years, Katana is more than eager to strut her stuff and show that the female species have as much of a right in the hunting field as the men.

Thinking he can show her just how dangerous it is out there, Malaceia picks an unusual case for his daughter’s first official hunt. However, what he doesn’t account for is Ashely Renata—a meddlesome stranger who is somewhere he really shouldn’t be.

When Ashley and Katana cross paths, a heated fight reveals that Ashley is no ordinary man, and Katana’s family has a whole host of dark, dangerous secrets. With werewolf attacks at risk of uncontrollable levels, Katana turns to an unlikely source for help.

However, the person she turns to has a price to pay, leaving Katana fighting with her own morals in more than one way. Does blood run thicker than water or will Katana follow her thirst for justice?