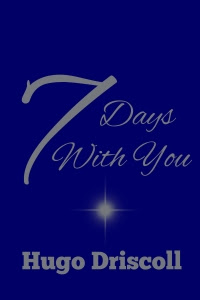 Seven Days With You

Sean Johnson’s life as a small-town farmhand has been nothing but predictable, but when he meets Sophia Hillingdon at the local animal sanctuary, she gets him out of an eighteen-year rut, away from the mundane existence on the farm, and a grieving, drunken father.

Sophia is the first person who understands him and makes him believe that he might get out of their small town, who tells him, he has the potential to be whoever he wants to be and do whatever he wants to do.

But as their relationship unfolds, it is the most devastating of news that will change both of them forever. 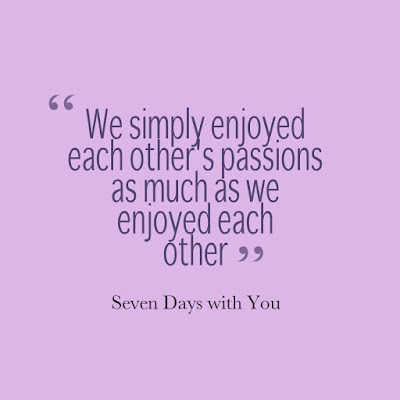 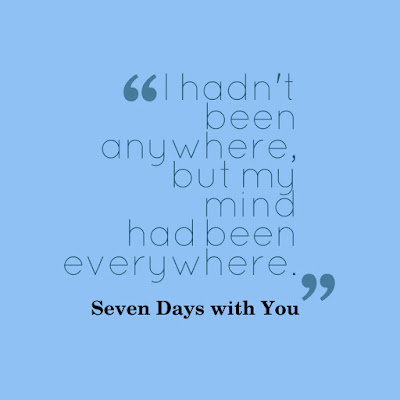 About Hugo Driscoll:
Hugo Driscoll is a 25-year- old British journalist and content writer for an online publication in London. When he’s not working, you can usually find him writing in the basements of cafes or lamenting the unfair treatment of millennials in overcrowded London bars. Seven Days with You is his first novel.

Interview with Hugo Driscoll
1. Can you tell us a little about your books?
While Seven Days with You is my first published title, I have written two others, and they all have a love story at the heart of their plot. Bringing it back to Seven Days with You, however, the story is very much a life-affirming love story. Some might call it a tearjerker. Others might label it a romance. In my opinion, it's a book that is a little bit of both.
2. When did you know you wanted to write a book?
I think it was shortly after graduation. I was slaving away for a shot at a full-time job in journalism, and while I loved writing reports and feature pieces, It suddenly occurred to me how great the medium of fiction writing is, and from there I decided to write my first book, and I've been in love with fiction writing ever since.
3. What inspires you to write?
I think everyday life does. Just sitting down on the grass one sunny day can spawn a ton of ideas. You may even come up with an entire story. For me, the most common inspiration comes from past relationships and experiences with love. It's a human emotion that inspires me in all walks of life, though I think it's most evident in my writing.
4. When you write, do you write the first draft on a computer or paper and pen?
A computer. I don't think I'm hipster enough to write with the good-old-fashioned way!
5. Do you have a favorite food or drink you must have nearby when writing?
Not really. I tend to write in cafes, so I'll often order a spot of lunch and some coffee, but there's no set meal in mind.
6. Do you have a favorite spot to write?
As I've just mentioned, I frequent cafes a lot when I write. They have the right level of peace and noise. I can't work from home because I get easily distracted and working in a library just reminds me of a snotty librarian who worked at my high school!
7. If you were a super-hero, what powers would you have?
I've always thought being able to read someone's mind would be cool- especially when dating- but then again I've seen the film What Women Want and let me tell you, that guy didn't have it any easier!
8. What are you working on next?
I have recently completed the second draft of a new novel. Like SDWY, it's a love story, but is set in contemporary London and involves a lot of nihilism which was worryingly cathartic to write!
Social media links:
facebook.com/hugodriscollauthor