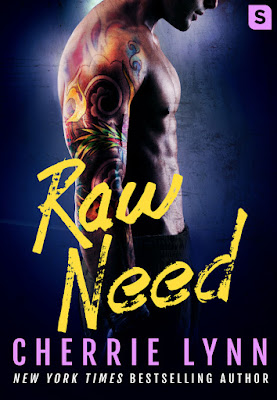 Description
Zane Larson has done everything he set out to do: conquered past demons, saved lives through his music, and toured the world as the frontman for one of the most popular rock bands in the world. This life—and an escape through music—was supposed to be everything he’s ever wanted, but after meeting Rowan, Zane’s no longer sure…

Soon after her husband’s death, Rowan Dugas learned she was pregnant. With grief and uncertainty her only companions, Rowan was only able to find an escape through music; specifically Zane Larson’s hypnotic voice. But after meeting the sexy lead singer of her favorite band, Rowan can hardly believe he’s interested in her. But Zane also has a painful connection to her unborn child - Zane's brother is responsible for her husband's death.

Torn between the only family she has left, and a life with Zane unlike anything she’s dared to dream about, Rowan’s decision will change her fate forever. Raw Need from New York Times bestselling author Cherrie Lynn is a heart wrenching, emotionally intense story that will leave readers breathless.

Zane took her hand and helped her from the car after opening her door. He’d done that all night, and while she hadn’t needed it, she found she loved it. He didn’t let her go even as they strolled up the walkway to her front door, pausing on her front porch. She missed the warmth of his hand immediately when she had to dig her keys from her purse.
Except for hugs from family and friends, it had been a while since anyone touched her. Until tonight.
It had been much longer since anyone had awoken the kind of feelings she was experiencing right now, the zinging along her nerve endings, the weakness in the fronts of her thighs that she suspected had nothing to do with emotion and everything to do with him.
It’s okay, she thought, desperate to keep her eyes down on her task of digging in her purse though her keys were right there in sight, glinting under her porch light. He’s my fucking celebrity crush, of course I’m going to respond. It doesn’t mean anything.
“I want to kiss you,” he said, and she sucked in a breath and looked up at him in astonishment, keys forgotten. He was so close, so beautiful, something that could have formed from the surrounding shadows to steal her heart away. “But I won’t.” Even as reason coupled with disappointment flooded her, her involuntary reaction was to wet her lips. She could swear he noticed the response; his eyes darkened. “Unless you want me to.”
She did. God help her, she did. But . . . “It can’t mean anything,” she whispered.
“It doesn’t have to.”
She could do that, right? Just a kiss. A onetime, once-in-a-lifetime kiss. Maybe she was wrong and the chemistry wouldn’t be there. She would know it once and for all, no wondering “what if” after he went back home, no staying up nights imagining what he tasted like, knowing she’d had her chance to find out and refused it. “Okay,” she said, but since she figured he could barely hear her trembling voice, she nodded as well.
He stepped in. Rowan nearly jumped when the tips of his fingers tilted her chin up to receive him; he touched her nowhere else. At least not until he leaned forward, nestling his nose next to hers as his lips caught hers gently, sweetly. A shiver worked along her spine, raising the hair at her nape.
So much for no chemistry.
She wanted to open, to invite him deeper, but even as his fingertips slid toward her ear until he cupped her jaw in his palm, he only teased at her lips with his own. A touch, a brush. The sweetness of their shared dessert a ghost on his breath, he didn’t quest for any sort of entry, so careful not to do so that something broke in her weakly thudding heart, flooding her with heat.
Oh, fuck.
“His other hand grasped the doorframe beside her head; his beard tickled her delicate skin. Rowan’s hands ached to crawl up his body, but she clenched them tightly at her sides against the need, her nails biting crescent moons into her palms. This, just this. It was all she had to give right now.
Zane pulled away only slightly, his warm breath soft against her tingling lips. He’d barely touched her, barely even given her that taste of him. She wanted more, longed to drag him to her and take it, but when he stepped back, she had to let him. The tip of his thumb traced the line of her jaw all the way to her chin as he drew his hand away.


Author Bio
New York Times and USA Today bestselling author Cherrie Lynn has been a CPS caseworker and a juvenile probation officer, but now writes contemporary and paranormal romance on the steamy side, including Raw Deal. She's also an unabashed rock music enthusiast, and is fond of hitting the road with her husband to catch their favorite bands live. Cherrie lives in East Texas.

Raw Need is book Two in the Larson Brothers series.  I read the first one, Raw Deal, and couldn't wait to read Zane and Rowan 's story in this one.   Each book has a different main character so you could read this one as a standalone.
I loved Raw Need.   I'm not even sure if it's a long read or a short read because I was totally engrossed in it and couldn't put it down until I was done.
Rowan has lost her husband and is pregnant.   Rowan is grieving.  She need to let lose a little and be free.   Zane is in a rock band and has been a crush of Rowan's.   Rowan gets to meet him and there is a connection.   I really liked Zane.  He's a rock star but he's not overly cocky.   A realtionship between the two of them isn't easy.  Rowan has an overbearing mother in law, Regina, that causes issues.
It's good read with it's emotional ups and downs.
5 Amazeballs Stars!