Cover Reveal for For Forester by J. Nathan 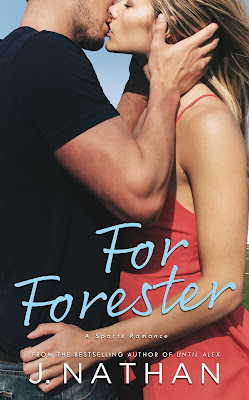 Trace
I'm Alabama's star wide receiver. I've got mad skills on and off the field, and it's no secret I'm heading into the draft after the upcoming season. But I’m home for the summer to make some cash before my senior year. Being back under my parents' roof isn't the ideal situation, but the moment I see Marin, the star of my adolescent fantasies, I know it's about to get interesting. She may not have noticed me back then, but I've got a feeling it's just a matter of time before she lets me turn those fantasies into reality.


The last time I saw Trace Forester he was just a kid tearing up the neighborhood on his skateboard. That was when I was foolish enough to think I had the perfect husband and the perfect life. But now my life is in shambles and Trace is back, all grown up, hot as hell, and exuding major confidence. It would be so easy to fall for his good looks and undeniable charm. So easy to let him into my life. Too bad I learned the hard way that nothing worth having ever comes easy. 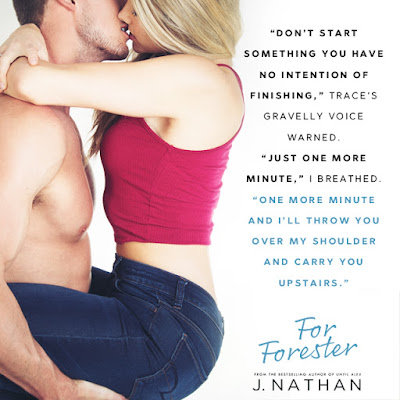 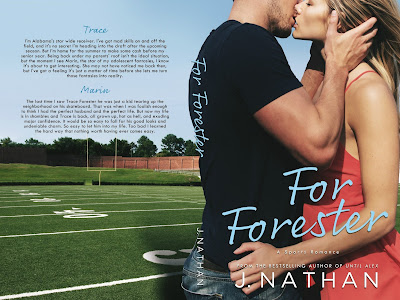 “You sleep with him yet?” Gayle asked.
“Oh my god. What is wrong with you?”
“Me? Have you seen the guy?”
Outside, Trace tossed the football gently so CJ had a slight chance of actually catching it. He didn’t. It bounced off the grass in front of him, but he ran after it, laughing as he did. “Yes, I've seen the teenager in my backyard.”
“He’s not a teenager.”
“Yes, he is. I looked it up. He’s nineteen.”
There was a pause on her end, like she just realized I was a sicko who’d actually looked him up. “Who cares? You’re single and he’s hot. Have you seen him in his uniform? The guy could be a freakin’ underwear model.”
I laughed as I turned from the window and moved into the living room. “No. At least not in person.” I’d seen pictures on the internet.
“Girl. When are you ever gonna have a hot piece of ass under your roof again?” Gayle asked.
I scoffed. “You’re acting like he sees me as anything other than a soon-to-be-divorced woman with a kid who needs a guy around.”
“Marin, you’re beautiful and fun. You deserve to get some action.”
“You do realize you're encouraging me to jump his bones, right?”
“I never said jump his bones. Just wear something tight. Bend over and let him see your hot ass. You’d barely have to do anything.”
“You’re insane.” I laughed. “And I could go to jail.”
“Why could you go to jail?” Trace asked from behind me.
I spun around, my eyes bugging out of my head and my heart drumming in my chest. Trace stood in the doorway smirking at me, like he’d heard my conversation.
Had he?

J. Nathan is the author of five new adult and sport romances with cocky heroes and sassy heroines. When she's not writing, she's a total romance junkie! Add an alpha male who's unlikable in the beginning...even better. She loves watermelon margaritas, guys in backward hats, country music-especially Luke Bryan, and hanging with her family and friends in RI where she lives with her husband and son. 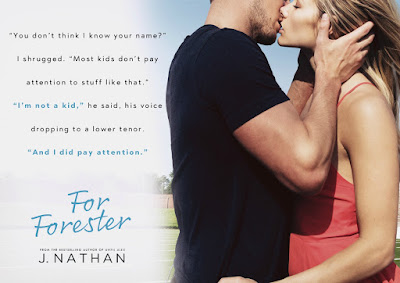