Release Blitz for Kidnapped by the Alien Prince by Tori Kellett 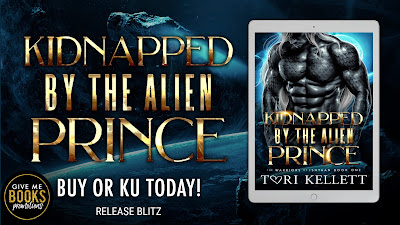 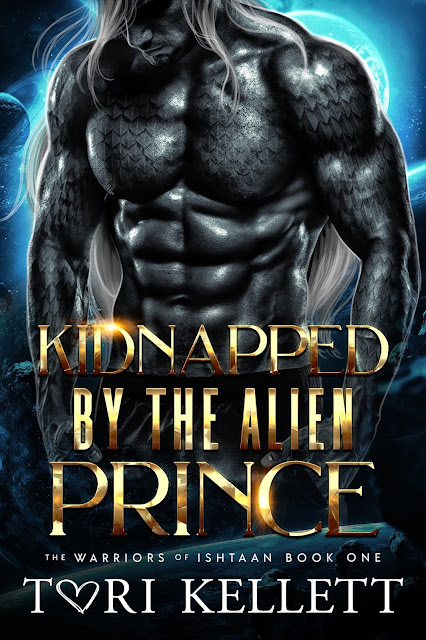 Torn between duty and desire, and on the brink of civil war, Zak only has one shot to get it right for all of Ishtaan and the woman who stole his heart.
Callie dreamed of being whisked away from her rat-infested apartment and the mountain of debt due to failed fertility treatments her ex left her with, but waking up on an alien spaceship a million miles from Earth was not the improvement she was hoping for. Discovering that she was one of six other female captives taken to repopulate a dying alien civilization did not make it better. But finding out she was expected to mate with the towering, silver-hued alien was the final straw.
First Prince Zakaarir was out of choices. His sire’s greedy ambitions brought their world to the brink of starvation and started an interplanetary war that nearly destroyed their people. Their females were dying of a genetic disease, and bringing in replacements from another world was a last desperate attempt to save all Ishtaans from extinction. All he needed was to make one his Queen so he could claim his title and save his people from another war.
Beautiful, smart, and far too independent for her own good, Callie was the last thing he expected, and the worst thing that could happen as Callie couldn’t give him the young he so desperately needed.
In a last desperate race against time when the unthinkable happened and his sire committed the ultimate betrayal putting Callie’s life in danger, Zak knew he would be forced to choose between the woman he was coming to love…
And the people he was sworn to protect. 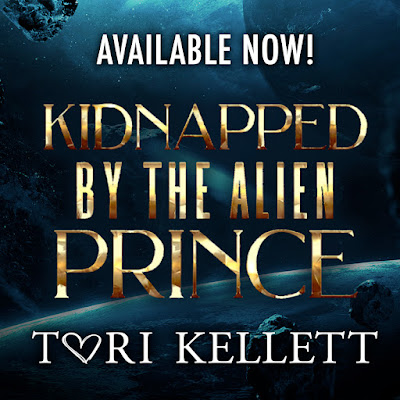 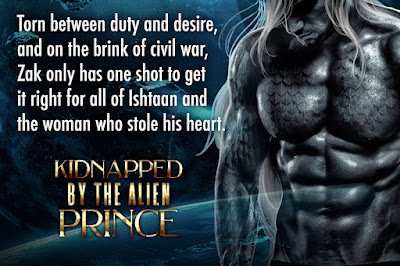 EXCERPT
In another moment, he was stretching his arms around her middle, and Callie leaned back. “It’s so overwhelming. It seems like there are so many things that need to change, how do you know where to start?”
Zak tucked her against him, and she smiled. She could feel exactly where Zak wanted to start, and she tilted her head, exposing the side of her neck. He obediently lowered his head and peppered kisses on the bare skin. She could feel her body’s immediate response and the way heat seemed to pool in her sex and spread out. She put down the glass before she dropped it, then twisted in his arms, his cock immediately pressing hard into her belly. She raised herself up on her tiptoes, and he immediately lifted her up, growling in that sexy way he had in the back of his throat.
“Are you sure you don’t come from dragons?”
He chuckled. “The plates on our skin can be restrictive. Does human skin shiver or vibrate in pleasure?”
“Mine certainly does,” she gasped. But she would have agreed to anything he said at this point.
“Well, the way the reaction affects the plates can be heard. You might think it comes from the back of my throat, but really it’s my whole body thrumming with the effect you have on me.”
“That is so cool,” Callie said, momentarily distracted until Zak bent his head again and slipped his fingers between the buttons of her shirt.
“I am so glad you do not wear that constrictive belt across your chest.”
Callie grinned. She had no idea what had happened to the bra she wore originally, but she didn’t miss it. She didn’t want to go for a jog anytime soon, but Tamara had promised to fashion her a small top she could wear under her flowing shirts. Freedom was one thing; every warrior being flashed by their queen was something else entirely. She had standards, after all.
“You have too many clothes on, my Callie,” Zak murmured.
“Then take me to bed and undress me.” I mean, really? Did she have to think of everything? 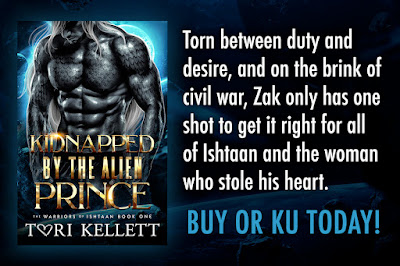 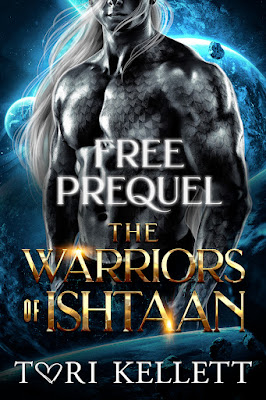 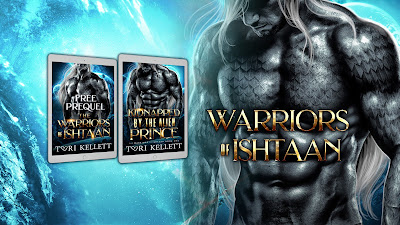 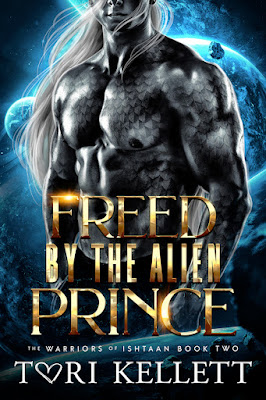 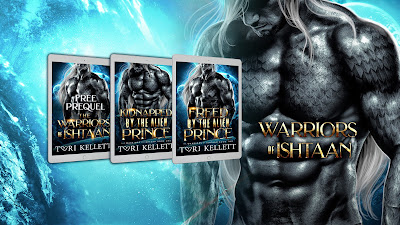 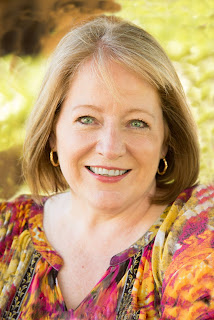 Tori Kellett: Author of yummy alien romances with a side order of sexy and plenty of hot sauce. Patiently waiting for her own alien prince to come and whisk her away, she fills her time by writing stories about the lucky few that have already left for their own intergalactic adventure.
AUTHOR LINKS
WEBSITE
FACEBOOK
FACEBOOK GROUP 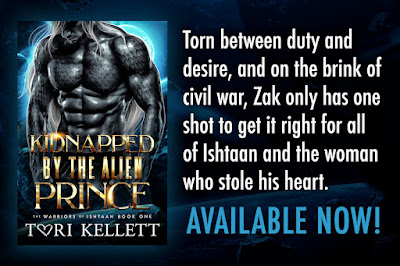