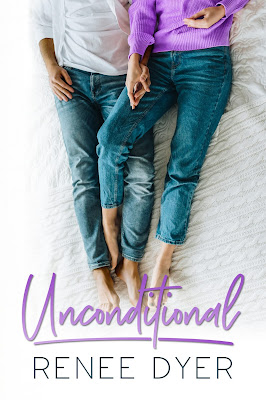 Chiari.
It’s a strange little word about to change Nick and Brenna St. James’ world forever.
Brenna was raised to believe love conquers all. Losing piece after piece of herself causes her to waver in her beliefs. Insecurities abound and she can’t stop wondering if Nick can love the person she is now. Is it fair to ask him to?
Nick wants a do over. To go back to a time before Brenna was sick, before everything changed. But genies don’t exist, life doesn’t grant wishes, and time machines haven’t been invented. All he can do is follow his heart...and his heart wants Brenna.
Together, they have to face a battle they never imagined.
When fighting is all you have left…
When love can't heal everything…
When life rests in the balance of the unknown...
When their vows, “…in sickness and in health”, are put to the test…
Will Nick and Brenna be able to fight through the odds stacked against them, or will everything come crumbling down?
* Unconditional was previously released as He Loves Me Healthy, He Loves Me Not.
Goodreads: https://bit.ly/UnconditionalTBR 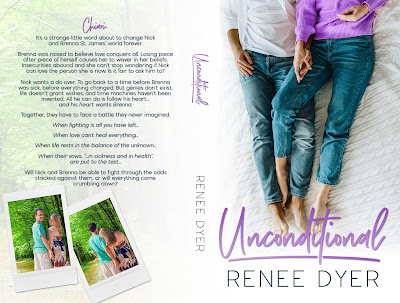