Release Blitz for Ruined by the Bachelor Marquess by Cecilia Rene 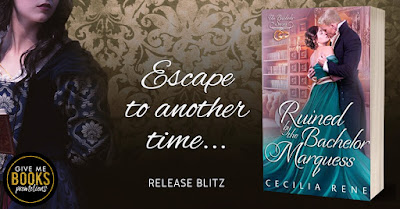 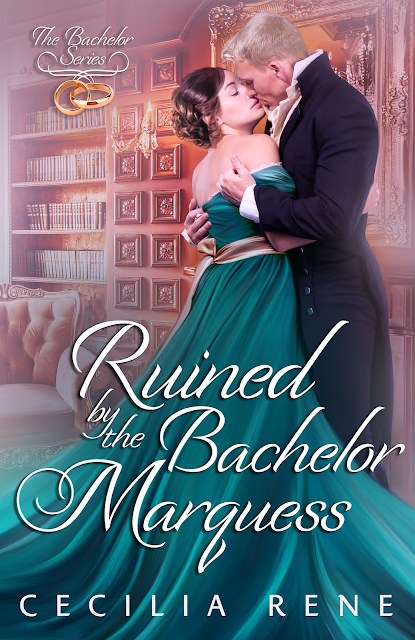 Title: Ruined by the Bachelor Marquess
Series: The Bachelor #2
Author: Cecilia Rene
Genre: Historical Romance
Release Date: May 21, 2021
BLURB
Will a second chance at love be enough to heal old wounds?
He failed everyone…especially her.
Henry Livingstone, the Marquess of Heartford, was unavoidably transformed by the fire that claimed his sister’s life. Haunted by his failures, he fled his home and the woman he loved. Now a mere shadow of his former self, Henry returns to find his world altered beyond his wildest imagination. Determined to restore his family’s wealth, he sets out to fight his demons, old and new. What he does not expect are the embers of passion he once felt for Lady Julia St. John to reignite. Now he finds himself trying to prove that he will do anything to win her back, even if it means giving up his own life.
He left her, abandoned, alone…ruined.
It has been three years since Lady Julia St. John was discarded eight days before her wedding. Once a diamond of the first water, she finds herself a victim of cruel gossip, shunned from all good society. Determined to be a new person and leave her old self behind, she buries herself in her family and rediscovers her passion for painting. Never did she imagine that she would ever have to see the Marquess of Heartford again. But fate is a cruel mistress, and she now finds herself living in the same home as the man who destroyed her.
Will Henry and Julia find their way back to one another, despite their troubled and heartbreaking past, or will a force more sinister than they know keep them apart forever?
ADD TO GOODREADS 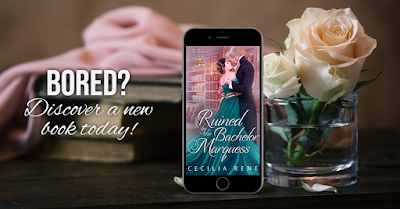 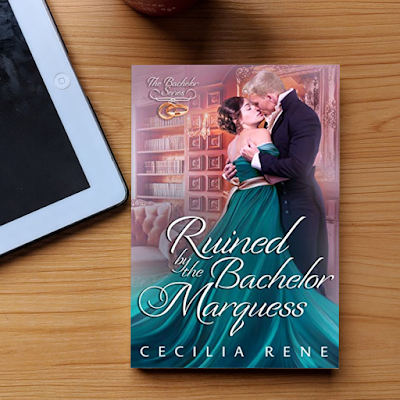 EXCERPT
This was his opportunity to admit why he was back in London. He needed her to know that he was now worthy of her. That after years of wandering the world, he began to feel whole again, but he was not complete, not yet.

Julia paused for a second before she took the sketch pad and started walking toward him. “I wouldn’t have a drink with you if my life depended on it.”

She tried to walk past, but he took her by the arm, halting her exit. His body vibrated from being so close to her after all this time. His member hardened in need at the scent of her—lavender and citrus. “We need to talk, Julia,” he said slowly, trying to fight off his arousal.

“We have nothing to say to each other, Lord Heartford.” She pulled her arm out of his grasp and tried to walk around him.

Shifting to the side, he blocked her way, determined to not have this animosity between them his entire stay. “I know you are upset with me leaving, but you must know what I did was best—”

Her head snapped up, and he was distinctly aware of their height difference. In the past, he had loved how he towered over her and how perfectly she fit in his arms. He would often rest his chin on top of her head whenever they were close. It made him feel like her protector. And he loved it because she was his.

“How would you know what’s best for me? Did you ask for my opinion, my comfort, anything before you recklessly ruined my life?”

Two of her fingers dug into his chest hard. The fire in her eyes was so scorching he had to look away for fear of being burned.

“Spare us both the damsel in distress routine,” he gritted out through clenched teeth, not wanting to fight with her. “I know you do not believe Amelia meant anything to me, but she was my sister.”

“You think I don’t know that? I see the evidence of your connection every day when the same green eyes you and she shared stare at me from across the breakfast table. The guilt I feel for how I reacted to her is as ever present as your own.” Her breasts heaved with the weight of her breaths. “Your guilt is nothing compared to mine.” He stared down at her, trying to ignore the pull he felt to her, even now.

Julia took a step back, her lips trembled slightly. “Perhaps not, but do not come here and pretend you care anything about me. We both know the truth.”

“Julia wait,” He tried to stop her but failed as she left the room, quietly closing the door behind her.

The sound of it so deafening it reverberated through him, loud and demanding. The weight of her words, the consequences of his own actions felt like stones on his shoulders. Winning her back wouldn’t be easy, he couldn’t even have a civil conversation with her.

None of it mattered because he would never quit. 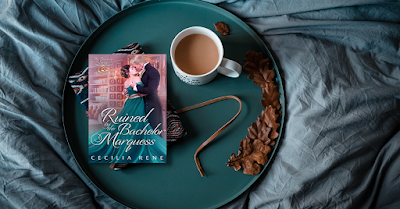 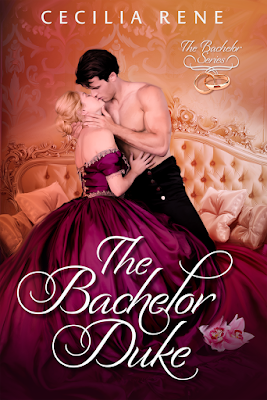 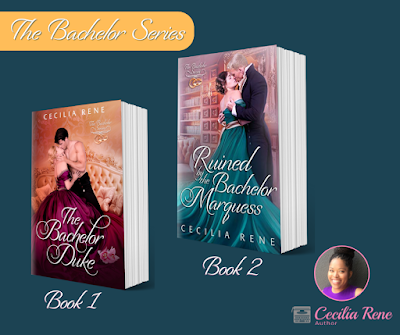 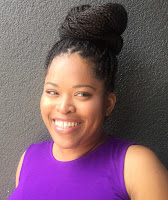 Cecilia Rene is a creative, happy, and outgoing Detroit native who majored in Broadcast Communication at Grambling State University. Immediately following her graduation, she started her new life in New York City. As a self-proclaimed New Yorker, her stimulating and diverse career in advertising sparked a drive for hard work and dedication. Her love and passion for writing followed her from childhood through adulthood, where she wrote short stories, poems, and screenplays. Always an avid reader, she stumbled across a book that ignited a deeper need for more and joined a fandom of like-minded individuals. Cecilia and her family made a huge move five years ago to the great state of Texas, where she currently lives with her loving husband, wonderful son, and spoiled fur baby, Sadie. Cecilia Rene loves romance, humor, and all things spicy. For this reason, she will always give you a Happily Ever After.
AUTHOR LINKS