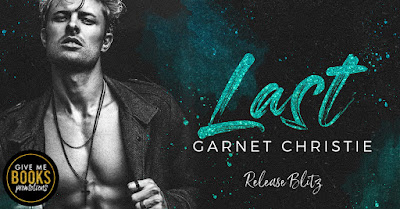 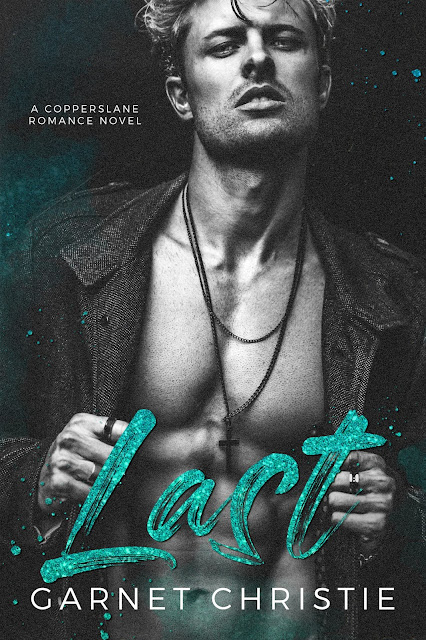 Title: Last: A Copperslane Romance Novel
Series: Copperslane #1
Author: Garnet Christie
Genre: New Adult Romance
Release Date: May 25, 2021
BLURB
Nothing lasts—and I pray that’s true for Brett Walker.
Bianca
I heard “nothing lasts” when my father first said it.
I understood “nothing lasts” when my mother died and my dreams of becoming a romance author, also withered away.
Now, I find myself begging that “nothing lasts” with the town’s newest arrival, Brett.
Every word out of his foul mouth and every smirk on his handsome but cruel face, ignites contempt. I dish the misery right back at him, and in those few moments of triumph, I relish those gritted teeth, his menacing scowl, and the red glow on his face.
But beneath the swears and biting comments, there’s something we share.
A yearning for something to endure and to hurt those who have wounded us.
However, it may be too late.
Our rough start might override our new fire filled connection, and when he starts to challenge all my beliefs, I might be too scared to give myself over. But if we do work past it all, something unusual may happen––we might fall in love.
Now if he can only make me believe that it will last.
Last is a new adult romance intended for readers 18+
Content warning includes strong, frequent language, mature situations, explicit sexual scenes, mentions of alcoholism, abuse, and suicide. 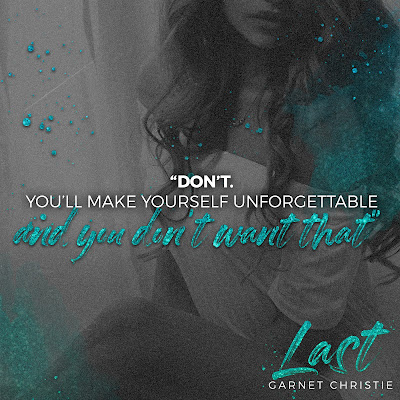 EXCERPT
A shiver is ripping down my body and drenched clothes cling to my skin like a thin blanket that’s been dunked in ice water. Fuck my life. I’d say the curse out loud, but a chatter steals the words away. Safe to say, tonight hasn’t been a highlight for me as I stand out here in the light drizzle.
It’s early evening. A damp breeze nips at my skin while it works under my sopped shirt. I’m in a bit of a jam. My old jalopy of a car has decided to die on the 285—a highway lined with an evergreen forest. It exudes postcard vibes on most days. Today, it’s a road trap of nightmares. Making the situation all the better is how my driver’s side window decided to fail while I was inside during the worst part of the downpour. I can’t even be mad about it. Honestly, the situation is my damn fault. Cora always told me this car would die at the most inconvenient time and she was right.
So now I’m standing on the side of the road since it’s drier out here and waiting for a ride. I’ve called Jensen, the guy from poker night, since Cora and Lizzie are both not available.
Cora’s at a workshop of some sort. Lizzie? I think she’s here in town, but laying low for whatever reason. Either way, I’m at the hands of someone else’s mercy and even though it sucks, at least Jensen is nice enough to come help. Although, I did bribe him with a steak dinner.
At last an engine purrs, heading this way. My head bounces up and a sleek black and red sports car drives by. Spoiler alert, this is not Jensen.
“Shit.” I already know the owner. It’s Brett. I’ve seen his vehicle here and there. It’s hard to miss and even harder to forget. Lovely.
I fold my arms, hoping he can’t see me shivering. Maybe he’s not here for me. I’m praying that as he rolls past.
However, it’s just wishful thinking. There’s a screech of tires on asphalt and his vehicle whips around, doubling back, stopping when it’s exactly across from me on the opposite side of the road.
“Great.” Looks like he’ll be seeing me at my worst yet again. It’s impossible to be enthusiastic about this knowledge. I slouch against the car, resting my shoulder blades on cold, semi-ruined metal and paint. My pulse staccatos in unsteady beats when Brett climbs out. Of course he looks hot—hot enough to make me forget the chill in the air for a flash.
He’s in a light blue denim button-up, ass-hugging black dress slacks, and aviators. It’s enough to make me want to drool. When he cinches his thick arms across his bulging chest and smirks, my tongue wants to poke out and wet my mouth.
Asshole. Him looking this good is just wrong. I should be fighting the Brett effects harder as he still doesn’t deserve my reactions, but for some reason, I’m less prone to fighting them this week. I allow some of the attraction coursing through me to settle in my chest and nod his way, raising my voice so it reaches across the road. “Make service calls, do you?”
“Sometimes.”
“I called Jensen.” There’s a deadness in my voice, but it lacks the go-to harshness.
“And he sent me.”
I tilt my head. “Did he?”
“Of course. I was standing right next to him when you called.” He chuckles and slides off his glasses, hooking the earpiece on his shirt front. “I was going to drive by and splash you, but . . .” There’s more brown swirling in his gaze while he examines me. “You look pretty pathetic.”
“Mmm.” I feel the displeased lines crease my forehead. He’s probably teasing, but it manages to make me feel weak. I hate that and possess zero guilt about letting that dislike swirl inside me. “How gallant of you.”
“Isn’t it though?” He cringes looking at my jalopy. “Not sure I can help that, but undo the hood, book writer. Let’s see what we got.” 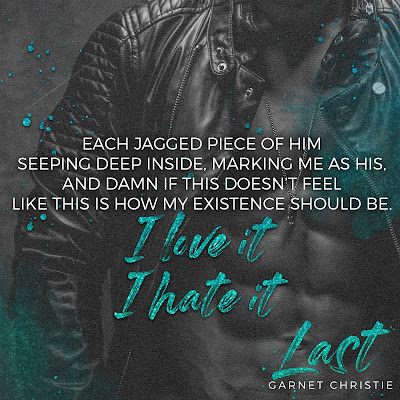 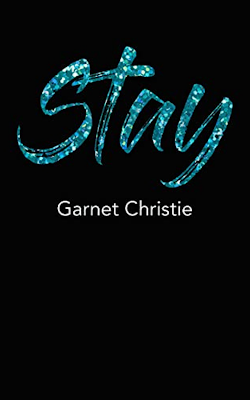 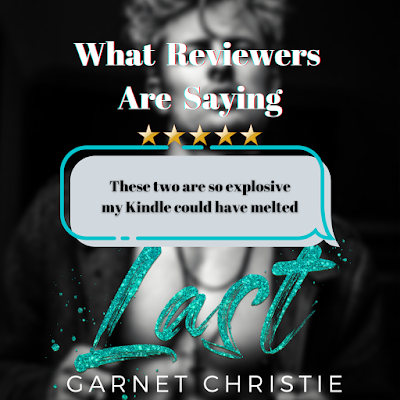 Garnet Christie is an author and Midwestern native living in the desert. Though she misses trees, Garnet admits there is an acrid beauty to the place that has been home for twenty years.
She loves serving up Alpha males who are searching for their happily ever after, and paring them up with women who are equally, if not more, reluctant.
When not writing, Garnet is found reading, dancing, and spending too much money on K-pop merch. All the above is achieved by drinking too much tea, avoiding sleep, and eating chocolate. Garnet also adores Italian food and will go to great lengths to hunt down a fantastic plate of Chicken Marsala that comes with a cannoli.
AUTHOR LINKS
WEBSITE
INSTAGRAM
TIKTOK
FACEBOOK GROUP
GOODREADS 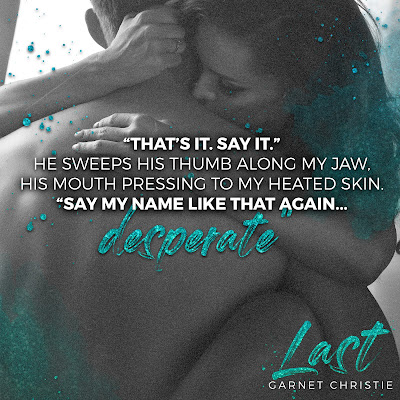