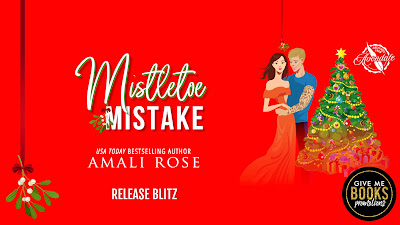 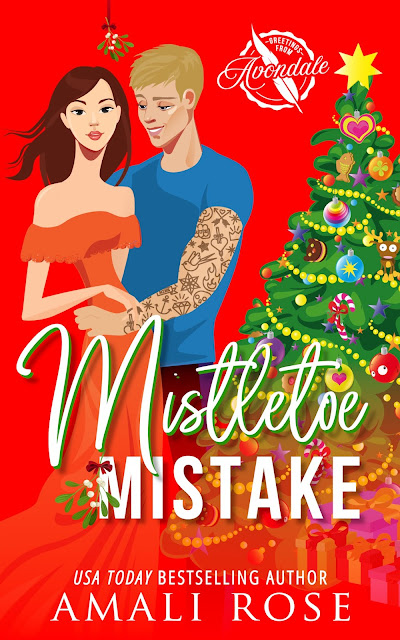 I hate Christmas.
Before you scream bah humbug, let me explain: my birthday is December 25th.
Birthdays were largely ignored, and the holiday lost its luster before I hit double digits. I didn’t get a birthday party—instead, my parents spent their energy planning a huge Christmas party.
So when the annual Christmas party rolls around again, it’s nothing more than an obligation to endure.
Until this year. Because this year, Nick O’Connor will be there. Bad boy extraordinaire. Brutally beautiful, he’s the strong and silent type. Also, my brother’s best friend.
When he finds me under the mistletoe, he might just convince me to fall in love with Christmas after all.
And him too, while I’m at it.
ADD TO GOODREADS 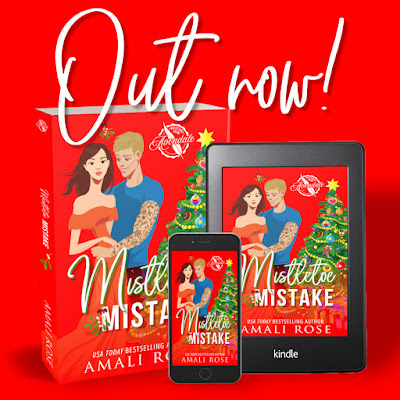 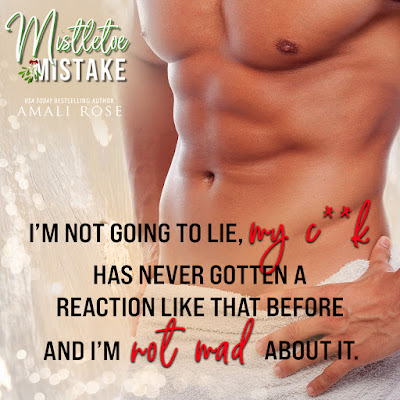 EXCERPT
“Freaking sweatpants!” I shriek at Billie. “It’s the sweatpant’s fault. I was rendered useless by his dick print. It’s the only explanation for why I agreed to this ridiculousness.”
I snuggle into the cushions that Billie and I insist on keeping piled high on our couch, and tighten my hold on the mug of peppermint hot chocolate that is warming my fingers.
“I don’t know,” Billie muses from the kitchen where she’s cleaning up. “From everything you’ve told me about Nick.” She says his name in a swoony manner that I find highly offensive. “You would agree to anything he offered.”
“That is not helpful.” I sink lower into the sofa, pulling my knees up to my chest. My eyes follow her as she moves around the room and I have to stifle a sigh. She’s been like this ever since she moved in almost a year ago. I wish she trusted that I asked her to be my roommate because I love her company. Not because I need a quasi housekeeper.
“And you just took off this morning without talking to him about his plan?”
“Will you stop, please.” I wave my hand around in the general direction of the kitchen and pat the seat next to me. “Come and sit, so you can properly humor me.”
I can practically feel her eye roll from the other side of the room, but she throws the cloth she was scrubbing the counters with into the sink and slowly makes her way over.
“Fine,” she huffs, plopping down. “So, you were about to tell me how you ran away like a little bitch?”
The pillow behind my back comes in handy when I throw it at her.
“I didn’t run away,” I snap. “He was out when it was time for me to come here. It was just a happy coincidence.”
“Holly.” She levels me with a stare that has me wriggling in my seat. “I wasn’t even awake when you got here, and Troy isn’t dropping Tahlia off for another—” She glances at her watch. “Half an hour. You’ve been here for at least three hours longer than necessary. At least.”
God, she’s such a smart-ass, why am I friends with her again? 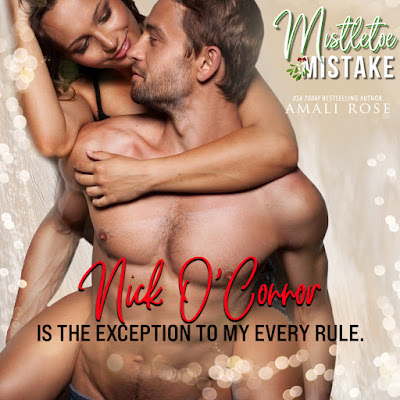 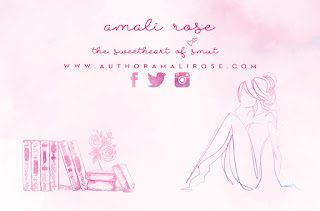 USA Today Bestselling author, Amali Rose is a former blogger from Australia, who released her debut novella in 2017.
A self confessed bookworm, her love affair with the written word began as a child, with The Magic Faraway Tree. Her tastes have grown and evolved over the years and, after stumbling into the indie community in 2016, she discovered her passion for romance with a side of smut.
When not reading or writing, Amali enjoys cheesy pop music, netflix marathons, and she believes strongly that pink, puppies and chocolate make the world a better place! 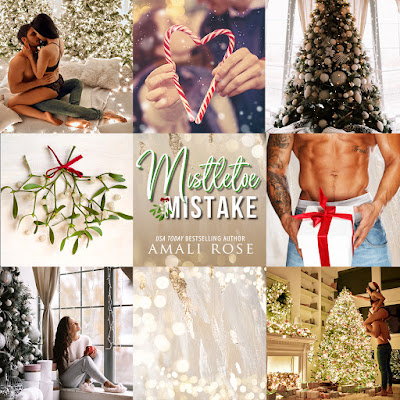 GIVEAWAY
a Rafflecopter giveaway
Posted by Gia Guido at 8:01 AM