Book Blitz for Forget Me Not by Felice Stevens 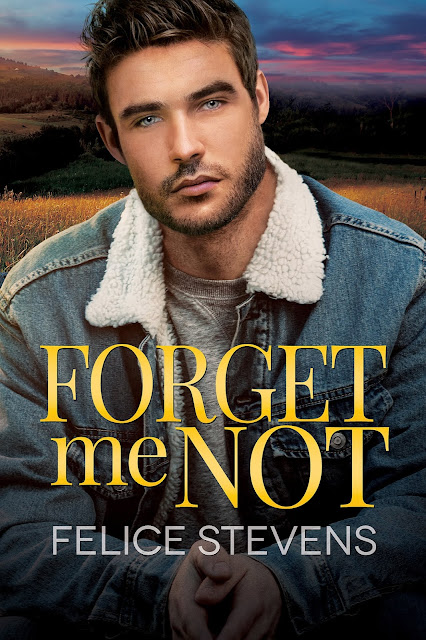 Texas cowboy Shea Montgomery has plans. Big plans. Still mourning the loss of his beloved father, he’s finally ready to sell the Forget Me Not ranch. He’s dusting off his boots, packing up his cowboy hat, and moving to New York City to make his dreams come true. So what if he won’t have his horse to ride or a place to call home? He’ll make it work. Somehow. First, he has to deal with a bunch of corporate types who don’t know the front end of a horse from the back.
Especially this one guy who can’t seem to stay out of trouble.
Or out of Shea’s mind.
Jake Axelrod’s perfect family is shattered when his daughter stops speaking and his husband ends their marriage. Two years later, she remains locked in silence and Jake has closed himself off. His life is structured to the minute, and Jake is convinced he’ll be alone forever, until he’s forced to attend a company retreat at a dude ranch in Texas where he meets a cowboy who sends him spinning out of control.
Jake can’t help falling…off his horse, out of a rowboat, and into Shea’s arms.
And Shea is more than willing to catch him.
Neither man wants to let go, and the time they spend together only makes it harder to be apart. A decision needs to be made: work it out or say good-bye. Jake’s life is in New York, but he can’t walk away from Shea or the ranch, and Shea must decide if the dream of a lifetime will lead him right back to the place where he started, where his heart belongs.
Forget Me Not is a small town cowboy- meets-big city exec., feel good, low angst, gay romance with tons of swoon, sexy times and a couple of evil swans.
ADD TO GOODREADS 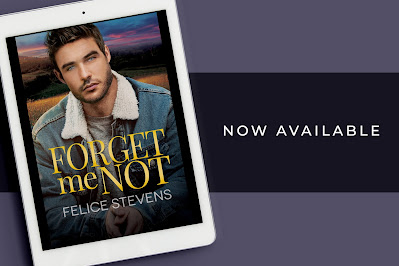 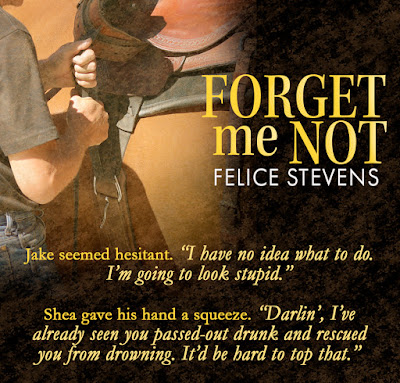 EXCERPT
“You want some of my bagel, don’t you?” Recalling how the ducks used to paddle close when they’d take Stacey to the park, he took out the bagel, planning to tear off some pieces for them to take gently from his hand. His eyes widened as they began to pick up speed, flapped their wings again, and surged forward.
“Holy shit.”
It was the attack of the killer swans. They dive-bombed toward him, their vicious, beady eyes glaring with hate, and Jake scrambled to the opposite end of the rowboat. It rocked wildly as the first swan bumped it, and Jake held on to the sides for dear life, but he couldn’t withstand the second direct hit. The boat capsized, and arms flailing wildly, Jake went overboard with a loud splash.
When he resurfaced, he shook his head free from the streaming water and reached for his floating backpack. The lake didn’t seem very deep, but he hadn’t fastened his life jacket. It ballooned out, providing some flotation aid, but not much. Jake could dog-paddle okay, but the shoreline looked a hell of a long distance away. He began to splash his way toward it. The jeans, T-shirt, and hoodie he’d worn in the cool, early morning air took on water and bogged him down, and still clutching his backpack, he began to struggle. Then, through waterlogged ears, he heard his name called.
“Jake. Jake, hold on. I’m coming.”
At the shore, Shea quickly stripped off his clothes and entered the water. With swift, strong strokes, he reached Jake, placed an arm under his armpits, and hauled him close.
“Shea,” he gasped, trying not to swallow lake water. “Those fucking swans.”
“Ross and Rachel? Yeah, they’re not the friendliest.”
“Ross and…you’ve got to be kidding me. I’ll never watch another fucking episode of Friends again,” he muttered. Shea’s laughter rumbled through him, and he held Jake tighter.
“Let’s get you to shore and dried off, and then I’m gonna give you a talkin’-to for not following the rules.”
With the benefit of Shea’s strength to lean on, Jake managed to push through, and Shea half dragged him up the embankment and set him none too gently on the ground.
“Now,” Shea said, hands on his hips, feet planted wide. “What the ever-living fuck were you doin’ out there in the middle of the lake with no life vest on?”
Jake knew he should be apologizing and thanking Shea for rescuing him, but goddamn, he was rendered speechless by the furious man in front of him. Shea dressed was a gorgeous sight. But in soaking-wet briefs that clung to him like a second skin? He might as well be naked. A libido he’d thought long burned to ashes rose hot and strong in Jake’s blood, and he hung his head, not from Shea’s scolding, but to keep from staring and possibly embarrassing himself. As beautiful and memorable as Shea Montgomery was in the pages of a magazine, in person he was perfection. 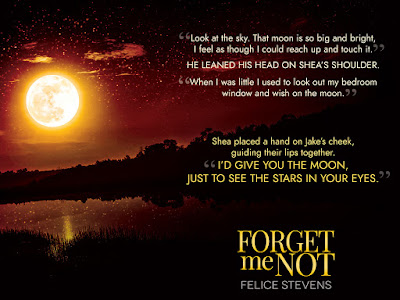 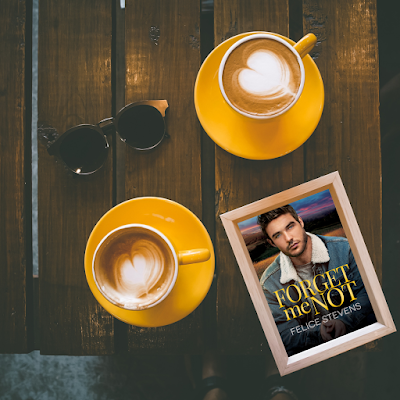