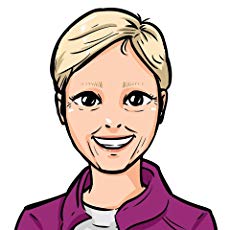 "How do you choose between your heart and your responsibilities? 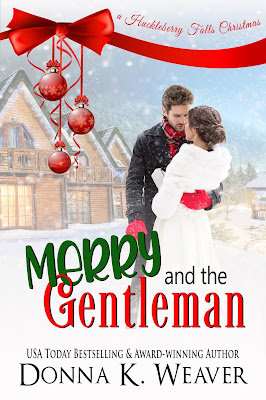 Merry Hurst, a fierce widow and single mom, is determined to give her young son the life he deserves—including a male role model who will stick around for the long haul. She can't afford to fall for a man who isn't planning to stay in Huckleberry Falls, so she might as well stop dreaming about Carlisle Wyndham. If only it were that easy!
Carlisle Wyndham is determined to develop the avalanche-proof transceiver that could have saved his wife's life. He's glad his daughter has made a new friend, but they’re only staying in Huckleberry Falls long enough to complete the project. When he meets the young boy’s mother, Carlisle’s not prepared for how alive she makes him feel.
But he has pressing responsibilities pulling him back to England while Merry’s require her to stay. Do they dare risk getting involved only to say goodbye?"

The door opened behind them, and Merry glanced over her shoulder. A dark-haired man, wearing an expensive overcoat and shoes that screamed money, had entered, his attention focused on his phone.

So, this was her father. Usually, her nanny picked her up.

The man glanced up from his phone, and his gaze landed on his daughter. When he noticed how close she stood to Alex, he raised one of his highbrows but said nothing. Barely glancing at Merry, he stepped to the computer used for checking children in and out.

“Come, Grace. We must hurry.” He had a hint of an English accent, which might have something to do with his daughter’s advanced vocabulary. Grace didn’t sound like a child just shy of five. It made Merry think of Trish Johnson’s perfect gentleman. Was this him?