Release Blitz for In Her Corner by Willow James 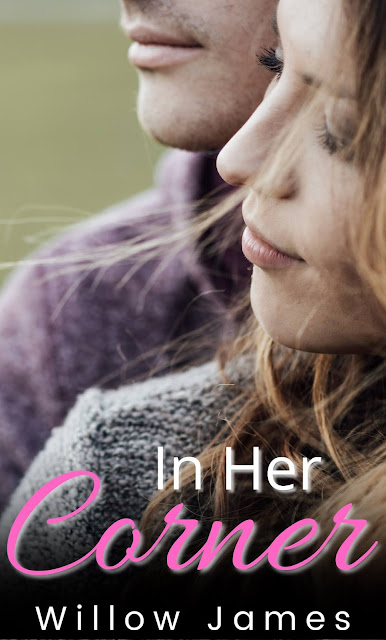 Katie Clark can't wait to get the heck out of Walton. Practically eaten alive at the end of high school, she was ecstatic to head off for college, but had no choice about coming back to make money for vet school. When her old crush, the one who put her at the center of the bullseye a few years back, starts coming around the diner where she works, it’s like he’s poking at an old wound. That is until her feelings for him begin to surface, threatening to tarnish her life-long dream. Even though she’s counting the seconds until she can leave, the idea is starting to feel as impossible as Katie thought staying would be.
Mike Russo just sold his company for a nice chunk of change and has only 11 months of consulting before he can cash that whopping final check. With one of the best coaches in the nation, and the time to finally start focusing on his dream of becoming a professional boxer, Mike is on his way. Until he falls for the woman whose life he all but destroyed in high school. Before she heads halfway across the country in a few days, how will he find a way to make things right and convince her to give them a chance?
In Her Corner a sweet, steamy romance and is a standalone short read, the second in Beautiful Boxers, a small-town New England romance series. If you love possessive, strong men, curvy women and racy love scenes all wrapped up in a sweet (and sometimes sizzling) story then pour yourself a cup of tea and curl up in your favorite spot, because this one is for you. 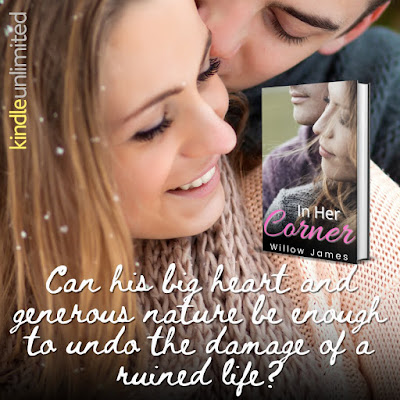 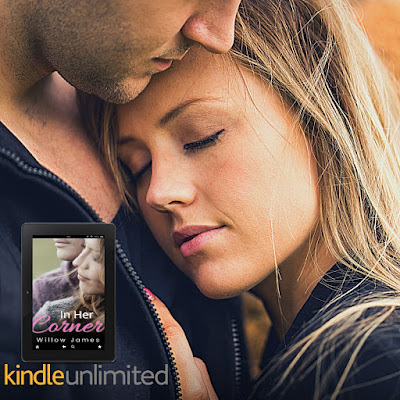 EXCERPT
Katie tightened her arms over her chest and felt the goosebumps on her arms. She looked out over the hills to the distant ocean. Despite her feelings about Walton, she couldn’t deny that the views here were incredible.
The sun was highlighting the deep green that shows the season starting to change. She inhaled, the evening air was filled with the scent of sun-warmed earth and greenery, threaded with a hit of salt water. Crickets mingled with the far-off hoot of an owl.
She’d dodged annoying questions and put up with small talk for twenty more agonizing minutes until Mike stood and wiped his hands on a rag he’d pulled out of his truck.
“All set.” He stood there looking all rumpled and - dammit all - ridiculously sexy. She could see exhaustion around his blue eyes and his dark, wavy hair was tousled, either from the wind or from his hand.
She had the crush of all crushes on him in high school.
Until that night.
Katie didn’t want to think about it. Admittedly, it had been hard not to stare at him while he was working on the tire. His back, the muscles rippling under his t-shirt, and his perfect ass.
Ass, yes. He’s an ass. Remember that.
She’d flushed at the sight of him more than once even though the sun was going down and it was getting colder. She coughed subconsciously into her hand, remembering her manners.
“Thank you, Mike. I appreciate it.”
“You’ll be good on the spare for a little bit, but don’t go too fast on it. You should probably put on a new tire within two or three days, depending on how much driving you do, just to be safe.”
“Yes, I know. Thank you,” God, he was exasperating, like she wouldn’t know how to deal with a spare tire. What did she expect from Mike Russo?
“So, you’re leaving in eleven days?” he asked, moving closer to her and she looked up into his face and met his cornflower blue eyes. She felt the urge to back up but stood her ground. She could feel the heat radiating from his body in the cool evening air. His smile, all nice white teeth, and perfect lips, crinkled the corners of his eyes.
Her traitorous knees went a little weak. Bad knees.
She forced her brain to remember he hadn’t even known her name. A little spark of pleasure ran through her as she remembered that he knew she was valedictorian, but she squelched it. Hard.
She stuck out her hand to shake his. “Thank you again. Good night.”
His smile quirked and he chuckled. He took her hand and shook it but didn’t let go. A current of electricity passed through their palms, tingled across her nerve endings all the way to her toes. She tried to hide the fact that it startled her as she met his eyes.
“Can I take you out before you leave? Two Walton High survivors having dinner? We’ll call it my good luck send off for you?”
“No, thank you. I appreciate the offer, but no.” Katie pulled her hand away and headed toward her car.
She reached for the door handle as guilt got the best of her. The man just spent most of 45 minutes changing her tire, even though it was clear he was utterly exhausted. He could have just called her a tow truck. She stopped as she opened the door and turned back to him.
He stood there like a Greek god, all tanned in his snug white t-shirt. Instead of ruining the effect, a few smears of dirt on his chest and a matching one on his cheek were so perfect an artist might have drawn them there. His dark hair ruffled in the wind. His hips were hugged by the sexiest pair of low-slung jeans she’d ever seen.
Who was she kidding? It was the man inside the jeans who had her attention. It was Mike Russo’s narrow waist and long legs she wanted. Had wanted since high school.
Dear Lord.
A stern voice collided with the one providing the running commentary on Mike’s appearance. Ok, he’s hot, but he’s also a jerk.
“How about I buy you dinner at Moxie’s?” Katie offered. “I’m working pretty much every night for the next week. Bring a friend. It’ll be my thank you for your help tonight.”
“It’s a date,” he smiled the crooked lazy smile that both made her feel like her panties might melt and like she wanted to smack the smug grin right off his face. Her face burned and she clenched a fist. Why is he still so infuriating?
“Whatever.” She responded breezily, aiming for casual indifference. “Thank you again, good night.”
Her stomach knotted in anxiety as she got into the car, turned on the ignition and drove off. So much for disinterest, she was still a complete wreck every time Mike Russo was around.
She tried, but she couldn’t stop herself from watching him in her rear-view mirror as the distance between them grew. He just stood there next to his pristine 1950’s Chevy, looking like some kind of -retro superhero, with the setting sun glowing behind his big, muscular chest.
She finally quit looking, but only because he disappeared when she rounded a bend in the road.
ALSO AVAILABLE 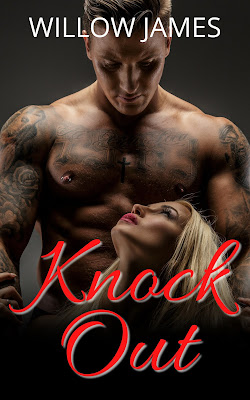 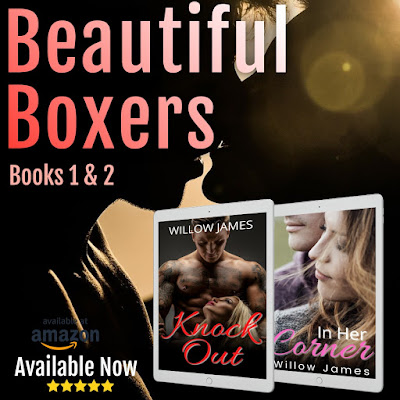 For readers seeking sexy romance short stories, filled with possessive men, curvy women, and a guaranteed happily ever after, Willow James delivers. If you want to escape with sweet and steamy romance novels and novellas that deliver yummy vibes and oodles of delight, Willow's work may be just what your psyche ordered.
Willow James loves reading books that help balance the hard things in life, bringing laughter, smiles, joy and hope. And, of course, happy endings are not optional!
She devours books by Shannon Stacey and Jill Shalvis, among many others, and is always on the lookout for young adult series like The Princess Diaries and Angus, Thongs and Full-Frontal Snogging. Books to make her laugh and indulge her romantic and forever optimistic spirit. She aspires to provide some of the same joy and pleasure those authors and books deliver every day.
Living in upstate New York, Willow loves spending time with her two wheaten terriers, being in nature, and finding the miraculous in the mundane.
To stay up to date on new releases, giveaways and happy, uplifting posts, copy and paste this link to a new window and sign up for Willow's newsletter: https://bit.ly/3ahRC8Y
AUTHOR LINKS 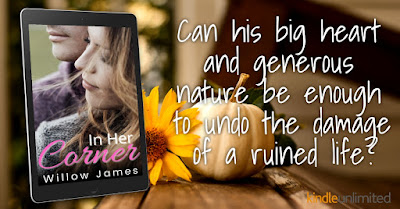