Blog Tour for Of Boys and Men by Renee Harless 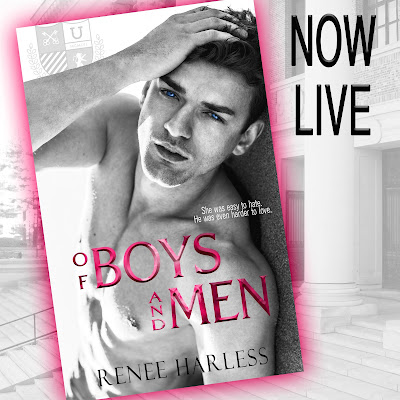 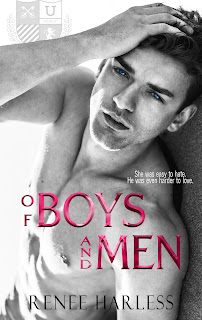 I had a past. It was dark. It was ugly— it was my dirty secret.
No one knew the weight of the burdens that nearly consumed me.
I lived with a singular focus—seeking revenge on my father.
Then the new girl, Jolee Ward, moved into the apartment above me and shattered my carefully constructed world.
We were like oil and water. . . until we weren’t.
Then we detonated like gasoline and fire, but the inferno threatened to destroy us both.
One night with her couldn’t erase years spent plotting.
Wellington University wasn’t big enough for the both of us. 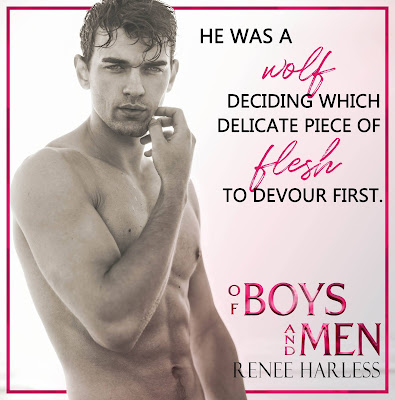 Review by Gia:
Of Boys and Men is a really good read.  Jolee is a down to earth girl.  She definitely would be a fun character to be friends with.   She strong and doesn't really take crap from anyone.   Ford is a smart guy.   He's sexy and most people don't look past it.   He had a tough childhood but has great adoptive parents.  He focused on getting revenge. Jolee moves upstairs from him and she's a game hanger.   She challenges him and doesn't cave when he pushes.  They start out as not liking each other but you know that's not going last.  They have great chemistry and once they give into their attraction they are pretty good together.   I was hooked on their story from beginning to end.   This one is book one in the Ridge Rogues but it doesn't end with a cliffhanger.
5 Stars! 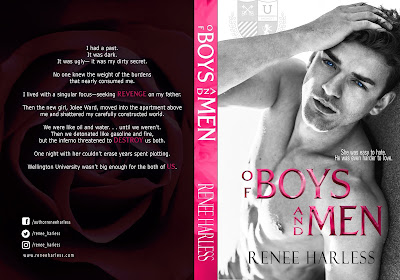