Blog Tour for MORE THAN MAYBE by Erin Hahn 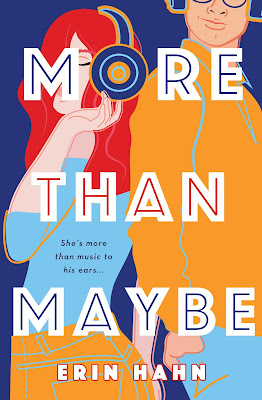 ABOUT MORE THAN MAYBE:

Growing up under his punk rocker dad’s spotlight, eighteen-year-old Luke Greenly knows fame
and wants nothing to do with it. His real love isn’t in front of a crowd, it’s on the page. Hiding his
gift and secretly hoarding songs in his bedroom at night, he prefers the anonymous comfort of the
locally popular podcast he co-hosts with his outgoing and meddling,
far-too-jealousy-inspiringly-happy-with-his-long-term-boyfriend twin brother, Cullen. But that’s
not Luke’s only secret. He also has a major un-requited crush on music blogger, Vada Carsewell.

Vada’s got a five year plan: secure a job at the Loud Lizard to learn from local legend (and her
mom’s boyfriend) Phil Josephs (check), take over Phil’s music blog (double check), get accepted
into Berkeley’s prestigious music journalism program (check, check, check), manage Ann Arbor’s
summer concert series and secure a Rolling Stoneinternship. Luke Greenly is most definitely NOT
on the list. So what if his self-deprecating charm and out of this world music knowledge makes
her dizzy? Or his brother just released a bootleg recording of Luke singing about some mystery
girl on their podcast and she really, really wishes it was her?

In More Than Maybe, Erin Hahn’s swooniest book yet, Luke and Vada must decide how deep their
feelings run and what it would mean to give love a try. 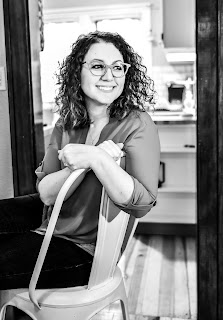 ERIN HAHN is the author of You'd Be Mine and More Than Maybe. She teaches elementary,
would rather be outside and makes a lot of playlists. So many playlists in fact, that she decided
to write books to match them! She married her very own YA love interest who she met on her
first day of college and has two kids who are much, much cooler than she ever was at their age.
She lives in Ann Arbor, Michigan, aka the greenest place on earth and has a cat named Gus who
plays fetch and a dog named June who doesn’t.