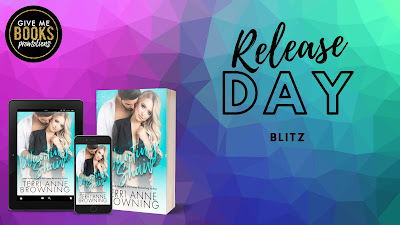 
Just the sight of her is enough to make my mind go blank.

Shaw Cage doesn’t know the power she has over me, and I can never let her find out.

She’s my best friend’s sister, and her brother and I made a pact—our sisters were off-limits.

As much as I wanted her, I could never have her.


Until I realized Cannon was unworthy of my loyalty.


Realizing my mistake came too late.

I’d already let Shaw down too many times.

But I am Emmie Armstrong’s son.

I won’t let anything stand in my way of getting what I want most.

Terri Anne Browning is a USA TODAY bestselling author. Being dyslexic, she never thought a career in writing would be possible, yet she has been on bestselling lists multiple times since 2013. Reese: A Safe Haven Novella was her first Indie published book. The Rocker Who Holds Me changed the tables and kicked off The Rocker... series featuring the sinfully delicious members of Demon's Wings. The Rocker... Series is now complete with 12 books and the occasional novella. Other books by Terri Anne include the Angel's Halo MC Series, as well as The Lucy & Harris Novella Series, The Vitucci Mafiosos Series, and The Tainted Knights Rocker Series.