Cover Reveal for OUR STAR-CROSSED KISS By Piper Rayne 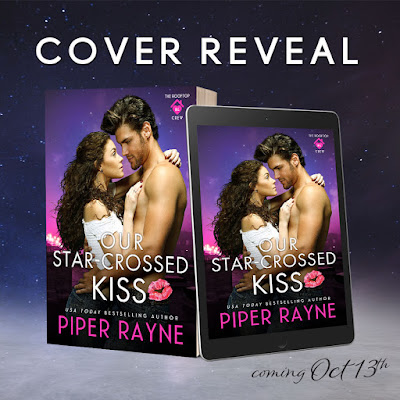 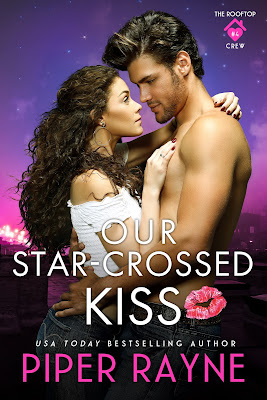 She’s got two strikes against her.

Her name is Erickson and her parents own The Bagel Place.

It wasn’t always that way. When we were nine, we were best friends. But then a feud between our dads ripped their successful business apart—and my best friend was ripped away too.

Our paths were bound to cross again. Now, both our families are vying for the same spot on a Food Channel’s reality show. Soon, the hatred between us becomes indifference and then our friendship grows like our time apart was only hours instead of years.

So when Evan asks me to pretend to be her boyfriend, I naively assume it’s to repair the rift between our families. But I wasn’t only wrong, I was dead wrong. That glimpse of a future I saw with her is ripped away again just like when we were young.

The difference is, now I’m all grown up, and I fight for what I want. 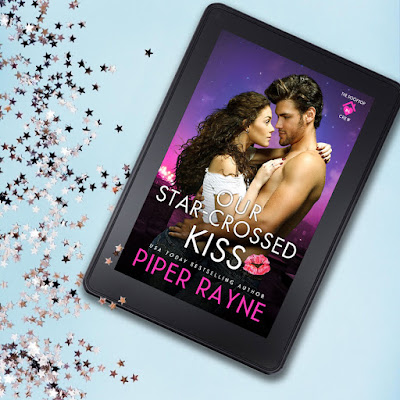 Meet Piper Rayne:
Piper Rayne, or Piper and Rayne, whichever you prefer because we're not one author, we're two. Yep, you get two USA Today Bestselling authors for the price of one. Our goal is to bring you romance stories that have "Heartwarming Humor With a Side of Sizzle" (okay...you caught us, that's our tagline).

A little about us.... We both have kindle's full of one-clickable books. We're both married to husbands who drive us to drink. We're both chauffeurs to our kids. Most of all, we love hot heroes and quirky heroines that make us laugh, and we hope you do, too.

Join our newsletter & get 2 FREE BOOKS!

Be one of our Unicorns!