A dark pact. A fatal choice. Who will die?

Heather never wanted to be a witch. Her family would have been dysfunctional enough without superpowers, but with them? They're nightmares.

And all Heather wants to be is normal.

To fall in love without damning the sweet, incredibly hot, and perfectly dominant man who keeps opening his door every time she shows up vulnerable and begging for a distraction.

But the Pritchett family doesn't get happily ever afters. Bound by a curse that demands blood, they'll take Heather's life to keep their gifts if she refuses to doom another.

With time running out to make her choice, will she give in and claim the dangerous magic waiting for her?

Or will she sacrifice herself?


NOTE: This book was previously published under the title The Rite under the Jennifer Bene pen name. It has been updated for re-release under her paranormal romance pen name, Cassandra Faye. 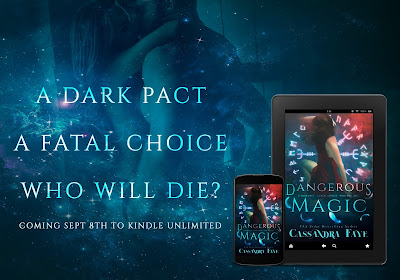 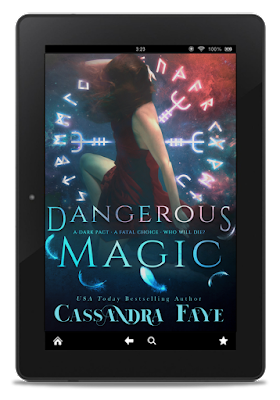 Cassandra Faye lives in Texas where she's done nothing but fantasize about other worlds her entire life. Constantly daydreaming about ancient powers, faerie realms, old gods, and how seriously dangerous unicorns would be if they existed, Cassandra writes the stories she's always craved. Taking paranormal and fantasy worlds, mixing them in with modern day, and adding a dash of darkness.

So, if you enjoy those fairy tales that were a little more grimm, or if you ever wondered just how bad the villains could be as you held on for that happily-ever-after, then you might be just the person she's writing for.

Cassandra also writes dark contemporary romance as Jennifer Bene. You can find her online throughout social media with username @jbeneauthor and on her website: www.jenniferbene.com