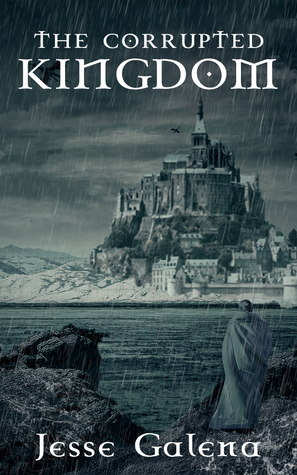 Suspended in degradation, that dismal place draws people from all over the world.

Rumors say riches, secrets, and cures for all ailments rest within its borders. However, they hide between roaming abnormalities, monsters that defy the laws of nature and human understanding.

Within the twisted borders of that once-great Empire, not even the shrouded sunlight can aid foreigners in their pilgrimage. The past and the future become a mix of nearly connected events. Time itself holds no tangible meaning there. Some buildings stand while others collapse. Some weeds grow and choke the landscape while fires burn without fuel.

Perhaps the mysterious source of why it fell all those years ago is the same reason it still stands today. Contained within this tome are seven accounts from several unfortunate souls, proving only the mad and the desperate would dare to discover what truly lies inside that unhallowed kingdom.

1. Can you tell us a little about your book?
It is a collection of short, horror/fantasy stories entitled The Corrupted Kingdom. It focuses on a kingdom that fell because of mysterious reasons. Rumors say riches and elixirs for all ailments, even death, reside within its borders, but monsters and other abnormalities dwell in it as well, and whatever corrupted the land syphons the fears from those who enter and gives those fears a physical form.


2. What inspires you to write?
I was told that writers do not choose to be writers. Writers don’t have a choice. They write or they are miserable. What inspires me the most is my insatiable need to tell stories.

I’m inspired from my love for entertaining an audience. It’s one of the reasons I love tabletop RPGs so much. I like making people laugh or weep or simply dwell on something they hadn’t thought about before. I enjoy being a part of someone else’s experience, and I want that experience to be a good one.

Touching on under-discussed issues and bringing up underused assets also inspires me. I want there to be more diversity in media. How can I help? I can write stories that let diversity be an important part of the story rather than being tacked on as an afterthought or media stunt.

Good stories also inspire me to write. When I read a good book, watch a good show, or play a good game, I get excited and want to create something that makes other people feel as jazzed about something as I felt at that moment.


3. Where do you get your ideas?
Twice weekly, a rift opens up in the air-return vent in my house to a land composed of unconscious thoughts. I communicate with The Grand Bzlr and she implants the ideas directly into my brain.


4. Do you have a favorite spot to write?
My home might be the most comfortable, but I also love claiming an entire table for myself at a restaurant and working for hours over food and free soda refills.


5. Do you listen to music while you write?
If I’m at home, I almost always do. I have a few mostly instrumental Pandora radio stations that play stuff from Akira Yamaoka, Android Lust, Blackmill, The Album Leaf, and Jia Peng Fang. Or I listen to Time’s End (http://www.terriblefate.com/), a remix of Majora’s Mask music.
If I’m out and there’s enough noise to get lost in, then I’ll forgo music and take in the white noise.

My wife read that and spent the evening quizzing me on lines from Jurassic Park. She gave me a 94% on accuracy.


7. What do you do when you are not writing?
I feel guilty about not writing.

My wife and I are big into board games, Magic: The Gathering, and dancing. We also play video games and have been watching a lot of Star Trek: Deep Space Nine lately. I GM a weekly tabletop RPG and try, and usually fail, to do local social events.

8. Do you work with an outline, or just write?
Outlines are the best. I am constantly thinking about so many different things, an outline helps keep my work tighter, on track, and going in the right direction. It also makes it much easier to do things like foreshadowing and planting hints for twists.

9. What are writing projects are you currently working on?
I have an early draft of a dark comedy novel, and I’m working on a fantasy/horror novel series, completely separate from The Corrupted Kingdom. The next thing out will most likely be a cyberpunk series called Source Code Samba. If you like sci-fi, technology, or ass-kicking ladies, you should enjoy it.

About Jesse Galena:
In the blackness of the night, my mind slipped beyond the confines of mortal planes. Knitted within nightmares and dreams, I found a land where I did not obey rules, I made them. I found a place where the unconventional can become standard; a spectacle beyond what eyes can behold, but not more than the mind can comprehend. May the worlds beyond be as influential and entertaining to you as they are to me, and may I be a worthy guide.

I write sci-fi, fantasy, and horror books. My wife and I enjoy collecting Halloween paraphernalia, making costumes for any occasion we can think of, playing video games, buying too many Magic: The Gathering cards, trash talking over board games, and (usually) avoiding human interaction. I enjoy anything science-related that brings us closer to Ghost in the Shell, learning about dinosaurs, and sword fighting. I absolutely love tabletop RPGs and if I could only play one kind of game for the rest of my life, it would be those.

We live in a modest quadplex in Charlotte, North Carolina, and dream to one day expand our family by owning a few cats.


Where to find Jesse Galena: