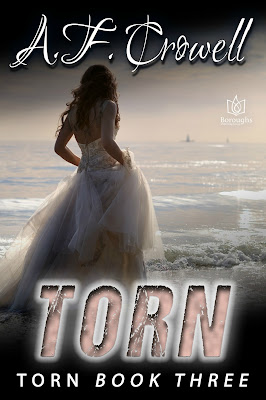 Torn between two powerful men who adore her, ER nurse Leila Matthews has found the love of her life...but the road to happily-ever-after is paved with betrayal, secrets, and dead bodies.

For ER nurse Leila Matthews, life has never been easy. Her father turned his back on their family and her mother died young. Her cop brother’s near fatal gunshot wound brought Brody Davis into her life, the handsome CEO who promised her the world but left her pregnant with his child. Enter Jaxon Henderson, the sexy-as-sin VP of the local MC. Friend first, he has become the great love of her life. Tall, handsome, golden, his passion is matched only by his possessive and protective nature. But Jaxon has dark secrets, and his deception tests Leila’s love to its core.

Jaxon Henderson knows three things: He loves Leila Matthews more than anything, he's lied to her, and he’s sworn to secrecy about the danger and violence that gathers on the horizon. To keep Leila safe, he must tell her all, but full disclosure has a price, and that price may just be everything. 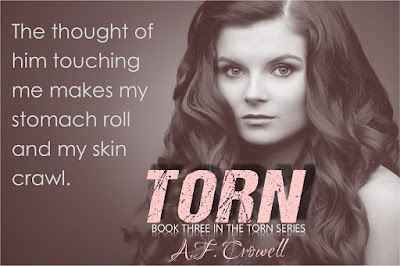 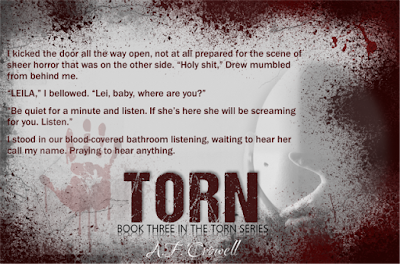 At thirty-four weeks pregnant, dancing to the oldies was not on the menu. Neither was sitting at Brody’s dining room table crying my heart out. Right after blasting Funkytown, the DJ on WXLY said, “Now here’s a problem.” then played Torn Between Two Lovers. Like I needed to hear that shit.

I’d spent the day contemplating how to tell Brody – my baby’s father – what I was thinking, and where things stood with my fiancé, Jaxon. Yeah, my MC VP and I had a lot of outstanding issues, but it had come time to make a decision. Brody kissing me the night before did nothing to give me clarity. I had been doing a decent job of organizing my discussion strategy when the damned song came on and sent me into a tailspin.

When I was not a blubbering mess, I had spent the afternoon in the kitchen making dinner. By the time Brody came home, I’d pulled myself together – mostly.

He stood before me probably thinking my hormones got the better of me - once again - when he asked, “What’s up Lei? We could’ve gone to dinner. You really didn’t have to cook… but thank you,” he walked over and kissed the top of my head. “How was your day?”

“Uh, fine, I guess.” I smiled half-heartedly, lost in my own head.

We ate mostly in silence as I screwed up my courage to say what needed saying. “We need to talk, Brody,” I looked down so I wouldn’t have to meet his eyes. The fork he was holding made a loud clank as he dropped it to the plate.

“Yeah, we do,” he sighed. “Listen, I know things are complicated and I’m making them worse. I wish, for your sake, I could tell you that I was drunk last night and that I didn’t mean to kiss you… I guess I had hoped it would be the beginning of us getting back together.”

Just as I opened my mouth to respond my cell started ringing. My BFF Barb. I hit ignore.

“Barb.” I waved my hand in the air. “I’ll call her back later.” Then placed the phone on the table. “So last night-”

“Leila, honey, where are you?” she sounded frantic.

“I’m at Brody’s. What’s wrong?” Suddenly, I had an awful feeling in the pit of my stomach.

“I need you to come to the ER now. Can you get Brody to drive you?”

“What the hell’s going on?” My eyes widened as fear tore through my chest and crept up my throat.

“I’ll explain when you get here.” Barb stalled. “I don’t want you freaking out on the way. It’s not good for the baby.”

“No way. What in the hell is going on? I’m not moving until you tell me what’s wrong. What happened?” Full blown panic had set in. Worst case scenarios ran through my head in rapid fire succession.

Brody grabbed the phone out of my hand. “Barb, its Brody. What is going on? Leila is white as a sheet.”

I tried to grab the phone back, but he stood and began pacing the room. Hearing nothing but watching his face turn into a mask of stone, I felt the blood drain from my head.

“Fuck. Okay, we're on our way,” he hung up, stopped in front of me, crouched down on one knee, but looked down at the hardwood floor. Finally, he lifted his eyes to mine.

“What’s wrong?” The words were half stuck in my throat.

He clasped my hands between his. “I’ll explain on the way. You need to grab your purse and use the bathroom. Just please try and stay calm, okay?”

“Just tell me,” I whispered. I knew someone I loved was dead.

He stood and walked to the doorway. “We’re wasting time. Go to the bathroom, I’ll grab your purse and my phone and I’ll meet you in the garage.”

Typical Brody, he walked away not giving me a whole lot of choice but to do as he directed. When I met him in the garage, he had already started the Viper, and had the garage door opened. Without a word, he helped me in the car and we took off.

“Start talking Brody,” I demanded. “You said you’d explain on the way.”

Staring straight ahead Brody finally spoke. “What I’m about to say is going to be hard to hear, baby. You need to stay calm and think about our daughter, okay?”

“Promise me. I need you to stay calm and be the ER nurse right now.” He glanced over as we pulled onto the main road.

“Okay, okay. I promise. Now what’s happened? Is it my brother?” I gripped the side of my seat.

For a moment I couldn’t process what I heard. “What? What happened? Why is he in the ER?”

“Club,” I interrupted, correcting him.

“What?” He looked from the road to me for a split second.

“Okay. Whatever. Something went down and Jaxon was in the middle of it. Drew is on his way to the ER. Barb said he’d meet us there.” Brody eased onto the expressway and let the Henny do what she did best. She rolled. 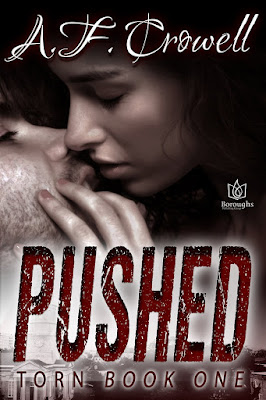 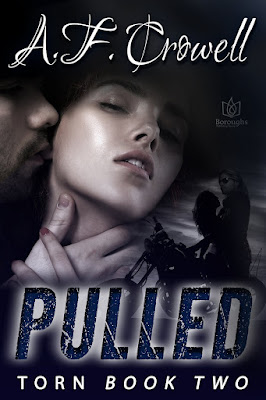 A.F. Crowell lives in Charleston, SC with her husband and two sons. They have two dogs, Diesel, a German Shepherd rescue and Dez, a black Labrador Retriever. She shares her love of books with her children, who have a head start on becoming life-long readers.

Romance fiction hit her radar when her husband forced her to watch Twilight one weekend when they were snowed in. That was it! From there her love grew; Contemporary Romance, Paranormal, YA and Dystopian are her preferred reads. 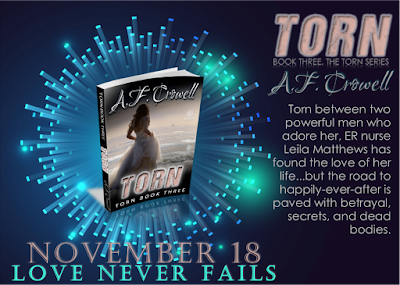 a Rafflecopter giveaway
Posted by Gia Guido at 8:19 AM