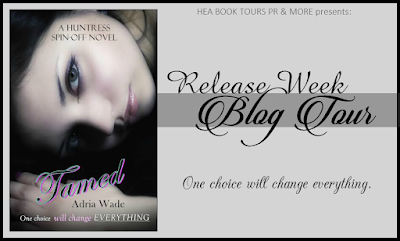 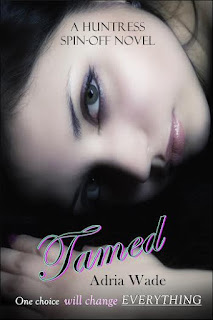 TAMED by Adria Wade
A Huntress Spin-off Novel
Genre: Paranormal Romance
- SYNOPSIS -
He had no idea what I did...the hurt that I caused. The pain that tore me to pieces, reminding me of that night. I was the self-destructive, wild child, with a haunted past who ruined lives and pushed people away. I was out of control and no good for him, but he still looked at me as if I was light when all I was, was darkness. His strange, unique, orange eyes lingered on me, as if he could see deep into my soul. There was a calmness that settled in me whenever he was near, taming the wild beast that I had become. Eli wanted me, Paige Jacobs, and there was no escaping him.

Until I met Silas.

There was something about him that drew me to him; something in his eyes that mesmerized me. He was beauty and perfection wrapped up in one, and I was drunk in lust. He was like a magnet, pulling me right in, and I was completely trapped in his gaze, unable to look away. Even though I was warned of the dangers that came with his kind, I found myself getting sucked into his mysterious and seductive world.

I was falling for both supernatural creatures, who would stop at nothing to have me, and in the end, one of us wasn't making it out alive. 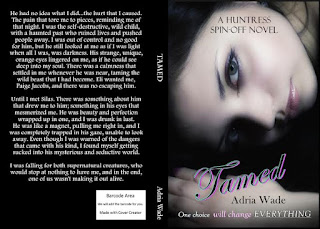 - EXCERPT -
I then saw Andie, frantic and crying, shove the drapes to the side and begin to run out of the booth when Ellis grabbed her by the arm and yanked her back in.


I gasped as my stomach dropped. “Andie!”
I shoved past the crowd on the dance floor, trying to get to her as fast as I could. Oh, God. Andie. He was hurting her! I knew there was something off with him. I should have went with my gut feeling and kept Andie away from him.
No screams came from behind the drapes as I neared the booth. I pulled the drapes back, and a scream soared through my windpipes as I jumped back from fear and total shock. Andie was in his arms, and his lips were enclosed around her shoulder as blood ran down her back. My head was spinning with so many thoughts. My mind couldn’t even begin to comprehend why he was biting her.
His eyes, so cold and devoid of emotion, bore into mine as he moved his mouth off her shoulder and threw her down in the booth. My mouth fell open and I took a step back, panicked and hyperventilating. He had long, pointy teeth. Fangs that were coated in Andie’s blood, and I knew I was next. I had to get Andie and get the hell out of there.

As he lunged forward, I screamed and swung my hand, slapping him in the face, but my hit did no good to fend him off. As his hand flew up to strike me, I moved out of harm’s way, ducking and running behind him, just escaping his wrath. My shaking hands grabbed the centerpiece from the table and turned around to strike him. Just as I was about to smash it over his head, his quick reflexes were way faster than my own as he grabbed the vase and with one effortless squeeze of his hand, the vase smashed into pieces. I brought my knee up, aiming for his groin, but he caught my leg. I gasped as he was suddenly knocked into me and I fell back on the table. Silas, with fury on his face, came up behind Ellis, grabbing him by the hair and throwing him back on the floor. As Ellis began to stand, Silas kicked him in the face, his head flying to the side as I heard his neck break.

My frantic heart slammed against my chest as I took in a breath, trying to calm myself when all I wanted to do was scream and cry. My brain had yet to accept what I had just been through.

As Silas began to search Ellis’ pockets, I went to Andie. She was lying face down and, as much as I was afraid to touch her, I knew I had to see if she was still alive. I didn’t want to face losing another friend. My eyes flooded with tears as I looked down at my friend, lying there unmoving and helpless. As I hesitantly reached down to feel her pulse, Silas grabbed my arm and spun me around, facing him.

“You have to leave.” His voice was urgent and demanding.

He kept his hand clasped around my arm while he pulled me out of the booth, forcing me to walk. He was taking me away from Andie. I couldn’t let him. I had to get her out of here.

“No!” I tried to pry my arm out of his hold, but his grip was too strong and secure to free myself.
He paid no attention to me while he continued to drag me through the crowded club. It wasn’t until after we were outside did he let go of me. Furious and upset that he took me away from Andie when she needed me the most, I slapped him, feeling the sting from the contact on my hand.
“That’s my best friend in there!”

I turned around to walk back inside when he gripped my arm and pushed me up against the wall, his eyes ablaze with frustration and anger as he scowled.

“I don’t care. I’m not leaving my best friend in there!”

“Your best friend is dead. I’m not letting you go back in there. The only reason you survived was because he claimed you.” He grabbed the necklace and held it up. “You were his property. Not to be eaten by anyone but him. You were the bait swimming in an ocean filled with sharks.”

So that was what this club was. A place for vampires to lure their prey to and feed off them.
I shook my head and looked down as dread poisoned my insides. I knew Ellis wasn’t a good guy and I did nothing to stop us from going with him. I shoved the feeling aside and let her convince me that I was only being paranoid because of what I had been through last night. I went along, thinking that I could protect her if I needed to, and failed her. Now my best friend was dead.

The knife that was embedded in my heart was slowly twisting, sending waves of pain throughout my body as it slammed me in the pit of my stomach. My gut felt heavy, filled with so much misery that it hurt to even breathe. I wanted to cry. I could feel the pressure to release my sorrows build, so I swallowed the pain, refusing to let myself cry in front of Silas.

The door to the club swung open and two men, one with sandy blond hair and the other brown with the same blue eyes as Ellis, stormed out of the club.

“What do you think you’re doing? You know no humans are spared here, so hand her over now!” the brunette said.

Silas exhaled as he looked behind him then averted his gaze back to me. “Two on one; I better change for this fight.”

Confused, I shook my head. Change into what? “What?”

My eyes widened as his eyes turned blood red and a pair of small horns came out of his temples. I jumped, gasping in horror as bat like wings flew out from behind his back. They were black and green. Just like his hair. What in the hell was he? I pressed myself up against the wall even more than I already was, afraid of the creature that stood before me. I had to remind myself that he was the good guy and I wasn’t his target.

- PLAYLIST -
1. Starset - My Demons
2. Christina Perri - Jar of Hearts
3. Bullet for My Valentine - Waking The Demon
4. In This Moment - Sex Metal Barbie
5. Three Days Grace - Animal I Have Become
6. Asking Alexandria - I Won't Give In
7. Trivium - Strife
8. Papa Roach - Love Me Till It Hurts
9. Chevelle - Send the Pain Below
10. Chevelle- Letter from a Thief 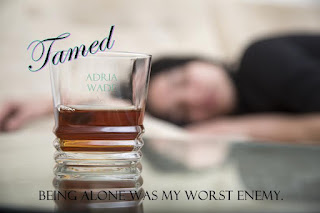 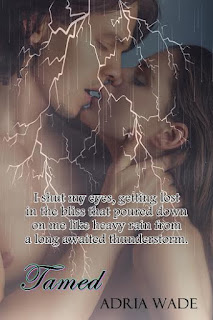 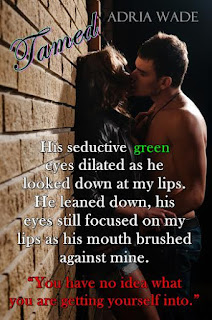 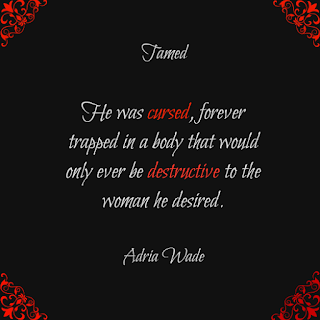 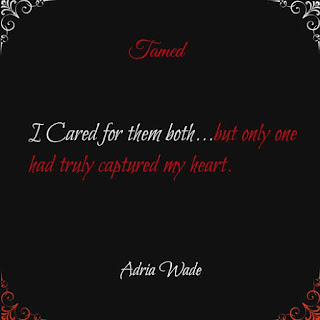 - ABOUT THE AUTHOR -
ADRIA WADE

Adria Wade has had a passion for writing since she was a kid. Her favorite part about writing is getting lost in the world she created. She lives in Maryland and is the second oldest of eight children. When not writing, she loves to read, listen to her favorite bands, watch way too many eighties movies, and has a fascination with sharks.