BOOK BLITZ for The Marriage Merger by Sandy Curtis 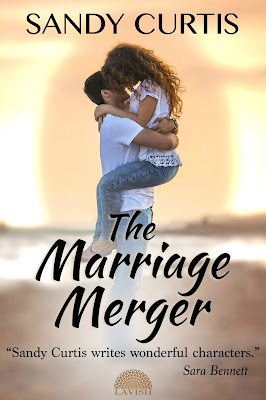 He wants a solution.

Jenna Martin knows a great body when she sees one. After all, bodies are her business. And Braden Fleetwood has the sexiest body she’s seen in a long time.

But one disastrous love affair was enough. She doesn’t need to fall for someone like him.

Braden has always been in control, building up his business empire, protecting his sister, taking pride in his strong-minded niece; but now he is frustrated beyond measure, helpless to restore the shattered lives of the only people he has allowed himself to love.

What he doesn’t want is the woman he needs.

Can they both learn that healing isn’t always physical? 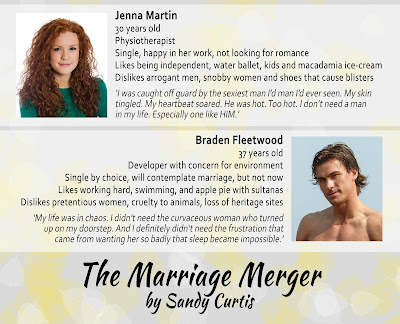 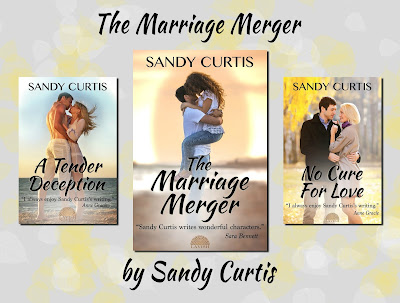 
Sandy Curtis writes contemporary romance for Ormiston Press's Lavish Novels line, and is also the author of seven romantic thrillers published in Australia and Germany, two of which have been finalists in the Romantic Book of the Year Award. Sandy has presented many writing workshops including 10 days teaching creative writing at the University of Southern Queensland McGregor Summer Schools, given library talks, and been a panellist at writers' festivals. She is a member of many writing organisations, and has organised the Bundaberg writers festival, WriteFest, since its inception in 2005. In 2010 she was awarded the Regional Arts Australia Volunteer Award for Sustained Contribution to the arts in regional Queensland, and in December 2012 she was selected by the Queensland Writers Centre to receive the Johnno Award for outstanding contributions to writing in Queensland.

a Rafflecopter giveaway
Posted by Gia Guido at 8:26 AM