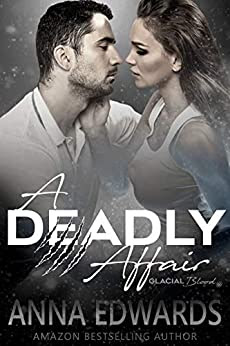 Jessica Raven is a powerful witch and loyal member of the Glacial Blood pack. Her only regret in life was devoting so much time to her ex-lover Ciaran, who’s now beta to a tyrannical polar bear shifter. Did she unknowingly help him set in motion a chain of events, which looks set to destroy the world as she knows it? Or is she the only one who holds the key to stopping him?

Ethern Lennox is a member of the shifters’ Council with a hidden loyalty to the Glacial Blood pack. He’s been preparing for war with the human world for several years now, both in his role on the Council and in quiet behind the scenes. He knows more about the supernatural powers out there than anyone else. Will he be able to use them in time to stop Nuka Lincoln’s pack taking over? Or will he fall short and possibly even lose his own life?

As the fight between good and evil takes a dramatic turn, Jessica and Ethern find themselves under increasing pressure. Can they find a way to stop Ciaran before he reveals the existence of shifters to the human world?

Welcome to the bestselling Glacial Blood series, a world of shifters and witches, magic and mayhem, unforgivable lies, and unbreakable love. A world where family is born not only through blood but through a bond of friendship and loyalty. With plenty of threats to come—and a secret that remains untold. 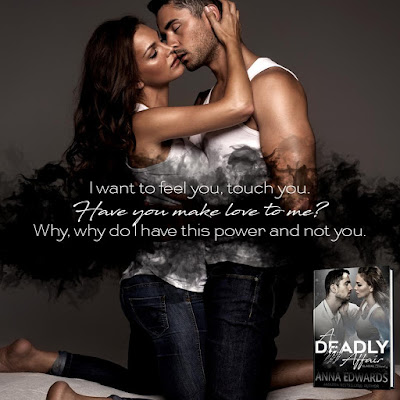 Sing With Me – Rockstar Romance 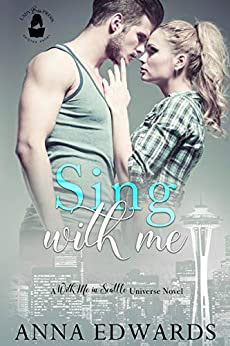 Tate Gordon is the lead singer of Saving Tate, the hottest new rock band in Seattle. Having been mentored by music legends, Nash, for several years, the group are about to head out on their first world tour. Tate’s excited, but he’s struggling at the same time with the secrets he’s been keeping. His friends don’t know the truth about his youth or the confusion running through his head. Will Tate’s past destroy everything the group have been working for when his past returns in a chance encounter?

When Zoey ascends the steps of the tour bus, looking hot and carrying a clip board with a full itinerary, sparks instantly fly between her and Tate. Can these two keep it professional, or will their instant attraction lead to an explosive disaster no one could have foreseen?

Sing with me is part of Kristen Proby’s ‘With me in Seattle’ world and the start of a brand new rockstar romance series from the author, Anna Edwards. 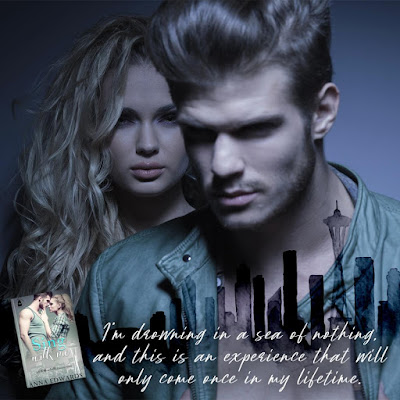 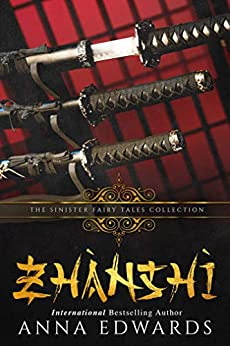 Lia has known she was different since the age of five when her father taught her the skills of her ancestors. His stories of heroic exploits have fueled her fantasies for years. Little did she know that her expertise would be called upon when two cities, two triads, go to war. Will it be a step too far to think she can hide who she really is?

Jaxon has known his career path since he was a little boy when his father promised his only son to the leader of the Yu Shi triad. Jaxon doesn’t mind—it allows him to center his chaotic thoughts and fight his opponents to the death. But when he’s partnered with a mysterious new recruit, he begins to question everything he knows. What is the young boy hiding from him?

Zhànshì is a modern day retelling of the tale of Mulan for the Sinister Fairytales Collection. Warrior Lia must find her inner strength to defeat a deadly enemy, who’s been left bitter by his quest for absolute power, while at the same time falling in love when she least expects it. Nothing will be as it seems in this dark triad world where a moment’s hesitation can be your downfall.

Pleas note this is a dark romance and there maybe triggers for some. 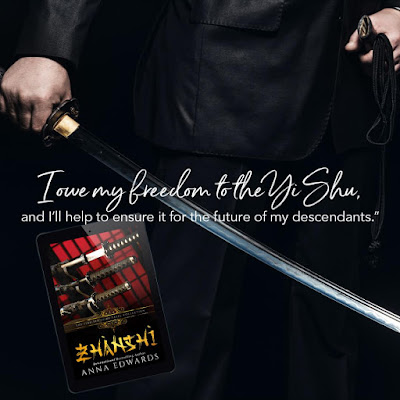 About Anna Edwards:
Anna Edwards is a British author from the depths of the rural countryside near London. When she has some spare time, she can also be found writing poetry, baking cakes (and eating them), or behind a camera snapping like a mad paparazzo. She’s an avid reader who turned to writing to combat her depression and anxiety. She has a love of traveling and likes to bring this to her stories to give them the air of reality. She likes her heroes hot and hunky with a dirty mouth, her heroines demure but with spunk, and her books full of dramatic suspense.
CONNECT WITH ANNA EDWARDSwww.AuthorAnnaEdwards.com
Newsletter: https://landing.mailerlite.com/webforms/landing/u7e8v7
Facebook Page http://www.facebook.com/AnnaEdwardsWriter
Facebook Profile https://www.facebook.com/TheAuthorAnnaEdwards
Twitter http://www.twitter.com/AnnaEdwardsWriter
Instagram http://www.instagram.com/authorannaedwards
Bookbub http://www.bookbub.com/authors/AnnaEdwards
Goodreads http://www.goodreads.com/anna__edwards


Hello and thank you for having me. My tag line is Romance with an Edge, my books are a mixture of Romantic Suspense and Paranormal Romance. All with lots of drama for the characters to face before they can have a happy ever after.


2.     How many books have you written? Which is your favorite?


I’ve written over thirty books now. I’ve been writing for three years but it’s my full time job so I’ve able to devote a lot of time to it. My favorite book is Tainted Reasoning as the character within means so much to me.


I’m a massive planner in everything I do, stickers, colored pens and everything. I’m the same with my storylines. I like to make sure I know my characters well before I write them so they can come to life in the stories.


I look at baby naming websites. A lot of my names have meaning’s behind them. Especially in the Glacial Blood series, Kas means ruler in Inuit.


5.     If you could be friends with one of your character, which one would you chose?


I’d love to be friends with Jessica Raven from Glacial Blood. She intrigues me with her knowledge on magic and her interesting character. She’s always talking to me.


I would love to be Tess from Pepper’s Winters Monsters in the Dark trilogy. I’m in love with Q.


7.     What writing projects are you currently working on?


I’ve taken a step back from writing for a month. I’m having to homeschool my children with the Covid lockdown in the UK. When I do go back I’ll be writing the second book in my Saving Tate Rockstar romance series.