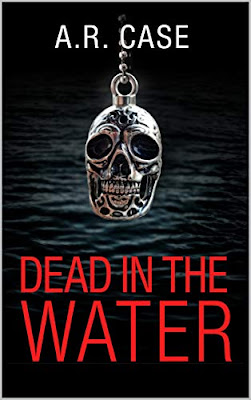 Dead in the Water
Jonathan Bauer, Jr., never expected taking a shortcut home would lead to the kind of trouble that involves dead bodies, break-ins and criminals. His history with the police makes it even harder to find someone to trust with a secret someone would kill to find. Even his mom's new boyfriend isn't what he seems.

Anthony DeSantos is nobody's idea of a white knight. His past proves that when push comes to shove, he wouldn't hesitate to take the wrong path. Now the kid that he's taken under his wing is in trouble and he has a choice, do the right thing, or trust the criminals who almost got his brother killed.
Amazon
https://www.amazon.com/dp/B079L4VTWZ
Free Today 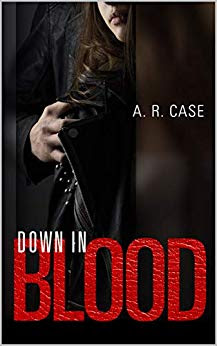 Down in Blood (Destroyers Book 1)
How can you trust people who remind you of the worst day of your life?

Get out of jail free doesn’t happen in real life. Michelle Ann Larson should know. She’s spent her life savings on trying to appeal her manslaughter conviction. But then a lawyer for a local motorcycle gang shows up with an offer she’d be crazy to turn down.

Trouble is, the more she tries to adapt to her new life working for the club president, the more the memories from that terrible night she’s suppressed fight to resurface. She’s running on fumes, and worse, being followed. Her one safe haven is the most dangerous man in the gang. His nickname is Ice. Cool, collected, and deadly, he is the only one who doesn’t treat her with kid gloves. But will his rough handling help her or break her?

“Down in Blood” is romantic suspense that rides on the edge of the asphalt.
https://www.amazon.com/dp/B07GD741B5


Teaser for upcoming novel (2nd of Destroyer's series)
He’d drag her kicking and screaming into his world and make her work famous. it was the least he could do because he knew that he was the last person she should depend on. Someday he’d leave and she’d better be ready to stand on her own two beautiful shoes.
Edie knew he was trouble from the streak of gray in his hair down to his motorcycle boots. That wouldn’t stop her from taking a leap of faith to show him something beautiful.
But when her fame becomes a nightmare, is it all Indy’s fault?  (Should be published in May 2019, details pending)
Sample excerpt from upcoming novel (Book 2 of DeSantos trilogy - first book was Dead in the Water)
The van door didn't slam like Alexa had planned because she slipped on the icy road as she tried to push it closed. The van took off, spinning dangerously close to her and her bag. Luckily, she dragged her belongings with her onto the grassy bank next to the road as Dylan drove away.
Her ass was wet where it landed in the one puddle that clung to the side of the slope.
She dug out her phone. Three percent battery. The navigation app had drained away almost all the life. Closing it, and pulling up the ride share app she had installed, she searched for a nearby car.
There was a message on the app. It warned of longer than normal wait times, and major delays. Not to mention higher prices due to the weather. “Fucking great.”
She looked up and down the road. No one was out. This end of the beach town was deserted, or so it seemed.
The homes here were dark. They looked like lovely vacation beach houses with little marinas on channel, a great place to stay if you had money. Yay. It was the beginnings of what felt like a rough winter. No one took vacations to the beach in winter.
Wet ass or not, staying in one place wasn’t really an option at this point. She began hiking along the side of the road northwards. Hopefully she’d find a cross street she recognized and find a bus. The mud and slush seeped into her combat boots, making them rub on her numb feet.
About five slippery minutes up the road, Alexis was making better time on the hard surface of a patch of asphalt which made up the flared apron of a private driveway. It had been plowed and salted recently, unlike most of the other houses. Headlights were coming from the north so she paused.
She began waving her hands to catch the driver’s attention. She needed to get somewhere that was shelter. A car, any car was just that. And it had the added bonus of being able to take her back south to that motel or somewhere that was warm. Her bag was probably soaked, along with the clothes inside. She hoped her mic and kit were safe in their reportedly waterproof containers. If she got to a motel, any motel, she could warm up in the shower and dry out her clothes on the heater and check for damage.
The car slowed down. Alexis waved faster.
It signalled to turn, and began pulling into the driveway, coming directly toward her.
She grabbed the bag, and for the second time that night, scrambled into the wet grass so she wouldn’t get run over.

1. Can you tell us a little about your books?
I write primarily contemporary romance with suspense. I like to weave in as much realism in the romance component as possible. My leading men are generally bad boys (some of them VERY bad) who have redeeming qualities. I find it helps the romance blossom if they really are good in some aspects. However, I cannot resist the allure of a bad, bad boy.
2. How many books have you written? Which is your favorite?
I've completed many books, but have only published two so far. Plans are in the works for at least three DeSantos novels (second one is fully plotted and is in progress now, third has character development started, and I'm honing the scenario to keep it realistic) - and with the Destroyers series, there may be a total of five books. There is also a short that is related to the Destroyers which will release as bonus content when Indy's book launches. After that, I plan to focus on one of the other projects I have in the works. Should I go for Sci-fi future romance, contemporary romantic comedy, or a historical saga? I haven't answered that myself, so we'll see what else hits.
3. Do you have a release day tradition?
Cross my fingers, panic, go on Twitter and watch the ratio..  LOL
4. Do you have a special time to write or how is your day structured?
I work a day job Monday through Friday, which makes writing time elusive during the week. At times, binge writing weekends occur, or I get in a groove and can squeeze in an hour or two on a weeknight. I'm most productive when alone, but that can also be in the middle of a mall sucking on coffee with my headphones on. Generally I need music covering the background distractions.
5. Do you have a favorite spot to write?
Luckily, I don't have a favorite spot. When my children were younger, the only time I had was after they went to bed, and during lunch breaks. That made getting a specific climate for writing impossible. Being able to adapt to loud restaurants, bar stools, trains, or the quiet of midnight at my computer has helped me get disciplined about getting words out.
6. If you could be friends with one of your character, which one would you chose?
Currently, that would be Indy. (lead for next release) He's a jerk, and also one of the most complex people you'd ever meet. But he has a good heart unless you cross him. He'd be a hell of a lot of fun to drink tequila with.
7. If you had a superpower, what would it be?
Invisibility? or Time travel. Knowing me, I'd abuse it. The world is better off if I didn't have super powers.
8. What  writing projects are you currently working on?
Currently working on the sequel to Dead in the Water - Chris DeSantos's book. The bones for the remaing Destroyers series is nibbling away at my head space, and I've started to rethink structure for the second of my sci-fi space novels. And, I am working on two scripts as well. I keep busy.
Posted by Gia Guido at 9:00 AM