Captured by K.L. Myers & Renee Dyer is set to release on February 4th! 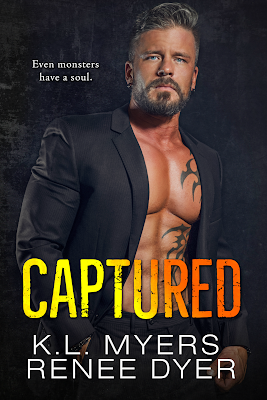 Life is a series of moments.

Like making my first million—it was amazing, but nothing compared to the moment I saw Emery.

She was the one…the game changer.

The long-time, self-pronounced bachelor was ready to give it all away with one look, and luckily, she felt the same.

We fell in love despite the haters and laughed at the nay-sayers who swore we would never work.

It didn’t matter to us that we were from different worlds.

We loved each other and the life we had planned. It was perfect.

Until they took her away from me.

The moment I saw her life leave her eyes, I became something she would never recognize.

Revenge colored my world, and nothing would make me happy until I filled the hole Emery left behind.

Years of searching, of fighting against those who wronged me and punishing others who never deserved my wrath led me to Willow Summer’s door.

Something shifted, leaving me to wonder if I’d release her from her pain, or if she’d release me from mine.

Love created a monster, and maybe now, love can set him free. 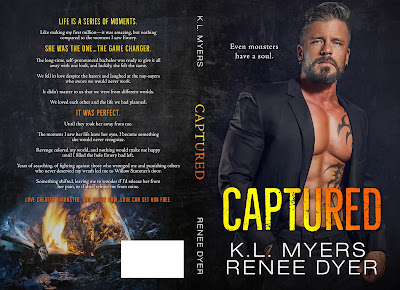 MEET THE AUTHORS:
K.L. Myers was born in West Berlin, Germany while her father was stationed there. She spent her childhood moving from continent to continent finally landing permanently in Colorado when her father retired. Eventually, K.L. moved to "hell", aka Arizona where she resides with her husband & their fur babies. She has 2 grown daughters & 3 grandchildren.

KL has a passion for reading and writing hot romance when she isn't juggling family & a full-time job.

Her books & novellas show a pension for a bad boy with a heart of gold. Coupling her bad boys with strong, independent women who don't need rescuing, and just maybe a taste of naughty redemption! Her characters will pull you in & leave you satiated, yet panting for more, More, MORE!


From a young age Renee Dyer had a love of writing, starting with a doodle pad at age four that soon turned into journals and later computer documents. Poetry became short stories and short stories became a novel.
Although she's surrounded by males all day having three sons, a husband and a hyperactive chocolate lab, she still finds time to be all woman when she escapes into the fantasy of reading and writing romance. That is, until she needs male perspective and garners eye rolling from her husband.
She's a true New Englander. You'll find her screaming profanity at her TV while the Pats play and cuddling under blankets during the cold seasons (which is most of them) reading a good book. To her snow is not a reason to shut things down, only a reason to slow down and admire the beauty. Ask her questions and she'll answer them. She's an open book, pun fully intended.