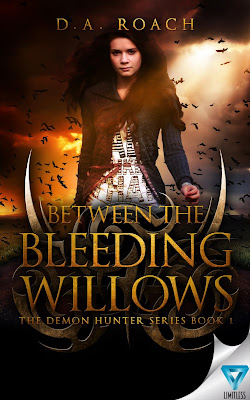 The Demon Hunters Series
Between the Bleeding Willows (Book 1 Demon Hunters)
Buy link: http://amzn.com/B01C4VVPII
At eighteen years old, Cassidy has suffered more loss than most… At the end of her senior year, her boyfriend, Jace Peters, was killed in a car accident, and her grandmother died only weeks later of a heart attack. Emotionally lost, Cassidy desperately searches for an heirloom her boyfriend was wearing in the crash—her mother’s gold ring. But during her search, Cassidy discovers more than her ring. She finds a gate to the Demon Realm….A battle is brewing, and Killian—head of the Demon hunters—preps his Clan for the approaching conflict. They’ve been working to secure the gate between his realm and the mortal world. But it’s been nearly impossible since Rya—a voracious demon on a quest to expand her power—devoured the soul of his Clan’s necromancer. Now Rya is possessed with the necromancer’s powers and she may break through the gate at any moment.Apparently Rya isn’t the only one Killian has to worry about…When Cassidy accidentally crosses into the Demon Realm, Killian can’t understand how a human girl survived the transition. Now he has to find a way to return her to her own world, or risk her being caught in the crossfire, which is a complication he definitely doesn’t need.Once back in the Human Realm, Cassidy readies herself for battle. She signs up for Krav Maga classes, where she meets Tyler Romaitis—a handsome, tenacious, humble guy. He seems almost perfect, but nothing is ever that easy.And as the balance between good and evil shifts, Cassidy finds herself—and her ring—at the heart of the conflict for the survival of mankind. 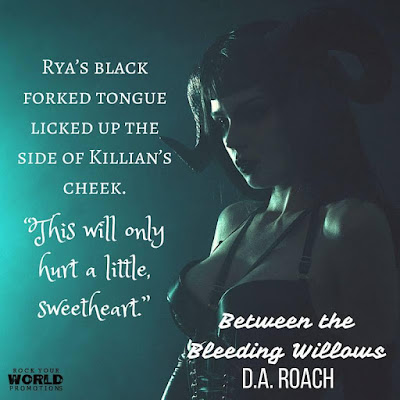 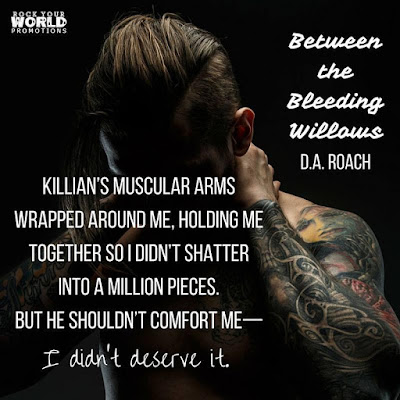 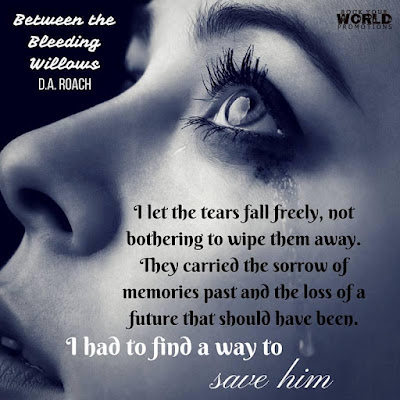 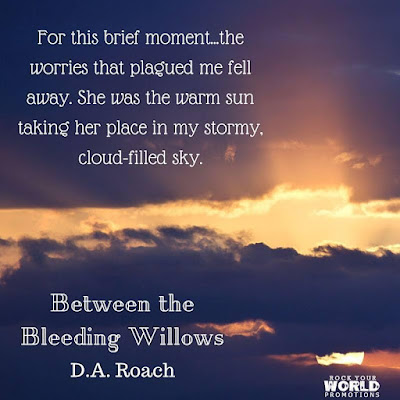 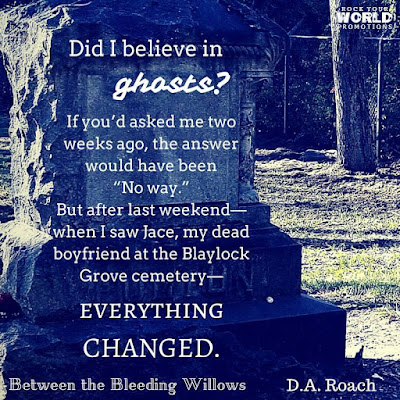 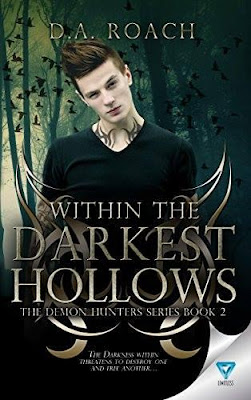 Within the Darkest Hollows (Book 2 Demon Hunters)
Buy link: http://a.co/2NaATFH
Cassidy and her mystical ring are stuck in the middle of a battle between the Demon World and the Mortal Realm…A conflict with the demons has left Killian, head of the Demon Hunters, injured and stripped of his powerful Demon Hunter tattoo. Cassidy is tasked with caring for him in the Human Realm until he is well enough to cross back into the Demon Realm. But soon she notices he is acting strangely and begins to suspect something is wrong.She seeks help from Serena, a retired Demon Hunter, but it’s too late…Cassidy returns home to find Killian has gone missing. Tyler, a friend with his own set of mystical powers, shows up to tell her that Killian is at his house demanding a meeting with the Demon Queen Rya. She and Serena have to work fast to find a way to heal Killian and get Cassidy’s ring away from him before Rya is involved. Meanwhile, Tyler and his dad have their own plan to make a deal with the Queen.The Queen has a decision to make, but not before securing her leverage…Rya wants time to consider the offer presented by Tyler’s dad, and takes Cassidy to the Demon Realm as collateral. The Demon Queen must choose between Tyler, the mate she was promised, and the mystical ring that was forged for her years ago.Tyler is forced to face the inner demon he has worked so hard to restrain. Will he succeed, or will he be lost to the darkness, leaving Cassidy to be sacrificed by the demons?As both sides gain alliances, the tension between the realms grows and the time for action draws near…
Beneath a Sinister Moon (Book 3 Demon Hunters) COMING SOON! 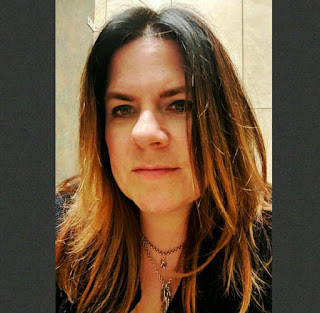 D.A. Roach is a USA Today Bestselling author who has been telling stories since she was a young girl in the suburbs of Chicago. D.A. did not find a love for books until after college. Her parents were immigrants from Lithuania and found tv and radio easier ways to hear stories so they did not do much reading or encourage it. But once she finished college and D.A. had free time, she discovered how amazing it was to get lost in a story.D.A. is a full time mom and wife. When she is not doing domestic things (laundry, bills, etc) she is writing, reading, creating mixed media art, advocating for a rare disorder, and gardening. Oh, and she is ALWAYS listening to music. Her favorite authors include Rebecca Donovan, Richelle Mead, Larissa Ione, Stephanie Meyer, E.L. James, and Nicole Williams. Reading great works from authors like these has motivated D.A. to write her own stories. She hopes to make positive changes in the world with her art and writing."Life isn't about finding yourself. Life is about creating yourself."― George Bernard Shaw


Interview With D.A. Roach:
1. Can you tell us a little about your books?
I'll speak specifically about the Demon Hunters books, several things influenced the story. I told my daughter I wanted to write a paranormal story in honor of Autumn (my favorite season). She told me I should write about demons because they are scary. I took those building blocks and paired them with the lore of a haunted cemetery that was in a town near my childhood home....and Between the Bleeding Willows was born.
2. How did you choose the genre you write in?
I write what I love to read, horror, paranormal, some romance, teen drama, and stories that take you on the character's emotional journey.
3. How many books have you written? Which is your favorite?
7 standalones and 8 short stories in anthologies. My favorite is the Demon Hunters Series because I fell in love with the characters and love submerging myself into their world.
4. Do you have a special time to write or how is your day structured?
I write when the children are busy or at school. I used to write at night but I've become a narcoleptic after 10pm. I can't stay awake for anything!
5. Do you have a favorite food or drink you must have nearby when writing?
Caffeine Free Diet Coke + Diet Coke with Lime mixed together and....Hershey's milk chocolate
6. Do you work with an outline, or just write?
I write out the whole story summary by hand - it looks like chicken scratch, lol. Then I come up with my characters backstories, find pictures of who I could picture as those characters, and decide what I want to happen to those characters. Then I hit the keys and start writing, going back to my summary and characters for inspiration.
7. What are some of your favorite pastimes?
HOCKEY! Not playing, but watching. I'm a HUGE hockey fan - I love the Blackhawks, Indy Fuel, and Pittsburgh Penguins. I also love creating mixed media art, listening to music, movie watching, and reading.
8. What are writing projects are you currently working on?
I am reading through/polishing Beneath a Sinister Moon (1/2 way through it) - then I'll pass it on to my editor. I also have a book I'll be reworking called Tethered (Book 1 of the J+P series). I've also been approached by a good friend to help pen the script for a tv series that I hope to begin on shortly.