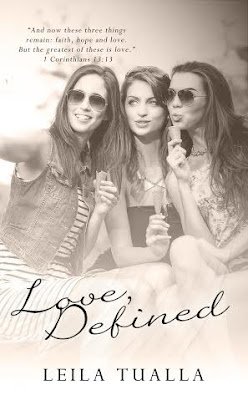 Into their final summer before graduating college, three childhood friends, Alex Makapulo, Lori Hanson, and Andy Taylor had each expected an uncomplicated transition to adulthood.
Alex is toying with the idea of leaving the Catholic Church and becoming a member of her best friend, Jack Page’s church. Jack wonders what is keeping Alex from being baptized and fully accepting a new life with Christ. Alex wonders the same thing and believes that she needs to be 100 % in her conviction before fully committing to a new Christian life.
For Lori’s twenty-second birthday, her grandfather, Pete Hanson, presents her with a summer vacation to England. While looking up various tourist spots, she meets and befriends Colin Watson, a British musician, online who then suggest they meet when she lands in London. They hit it off instantly but Pete is angry and believes that she only used him as a means to meet Colin. When he finds out that Lori met Colin online, he forbids Lori from seeing Colin entirely. Lori, who has fallen in love with Colin, is heartbroken. Pete threatens to leave England with Lori’s passport. Colin and Lori try to arrange meetups where they can see each other but Pete catches on. Lori takes this as a sign that it wasn’t meant to be. She unhappily finishes her trip with Pete and goes home vowing not to forgive her grandfather.
Andy reconnects with her old crush, Miles Webber and decides she wants a more meaningful relationship with him. She tells Alex about the situation and Alex truthfully tells Andy that Miles only wants her for sex. This angers Andy and she walks out of the apartment. After she’s cooled down, she comes up with an idea to throw a surprise birthday party for Alex. Andy believes that if Alex and Jack were to hook up, the focus would shift from Miles and her. Andy spikes all the drinks for Alex’s party and leaves her friend while she goes in search of Miles. He shows up at the bar with another girl. In an effort to soothe her wounded ego, she goes home with someone else. When she wakes up the next day, she realizes she’s in bed with Alex’s young boss from the coffeehouse, David Roberts, Jr.
When Alex wakes up the next day, she finds Jack in her room and freaks out. They figure out that Andy had spiked the drinks. Alex gets angry but Jack tells Alex that he is in love with her, and has been since they first met in ninth grade. It only confuses her all the more and causes her to contemplate whether he is God’s blessing or a test to distract her from her beliefs. While she has strong feelings for him, she chooses to ignore Jack’s confession and hopes that he moves on, as she doesn’t want to complicate their friendship.
Andy comes home and confess everything to Alex. Alex hesitatingly accepts the apology. Andy vows not to do anything crazy for the next few months and drops the Miles subject altogether.
When Andy learns she is pregnant and doesn’t know if Miles or David is the father, she decides to abort the baby, as she not ready to be a mother. Alex opposes the idea of abortion and begs Andy to change her mind. Andy doesn’t waver from her decision and even asks Alex and Lori to take her to a clinic.
Their trip to Houston tests their friendship and Alex’s faith. Can their friendship still survive after Andy’s decision? Will Alex find her conviction in the midst of this emotional rollercoaster? 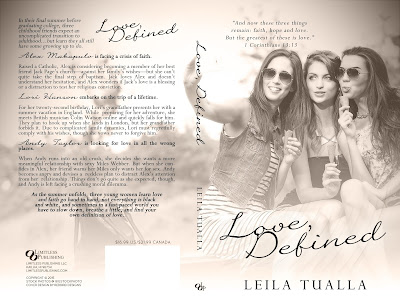 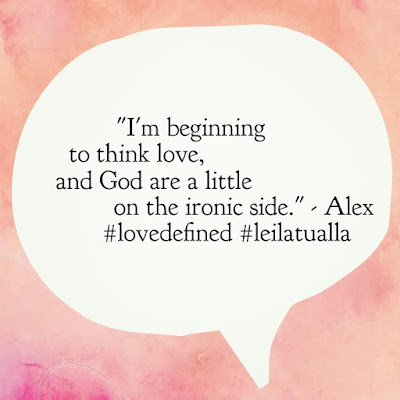 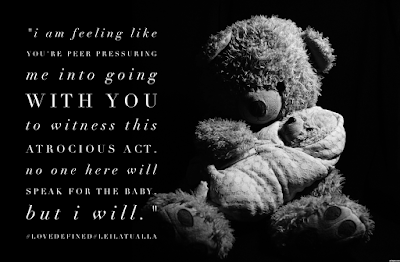 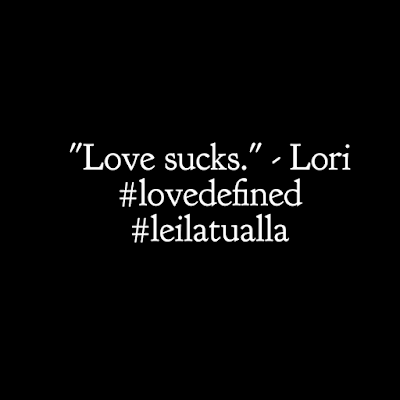 Leila Tualla is a Filipino American writer, and author of a Christian YA contemporary romance called, Love, Defined. She can be seen drinking copious amounts of caffeine while chasing after two miracle babies. She is a 2 time Preeclampsia Survivor, and online Advocate.  When she's not writing about her Preeclampsia journey or chasing after her tiny "Mexipino" bosses, she can also be found buried in books. Leila reads various novels, and her book reviews can be found at www.leilatualla.com.  Leila is currently working on a memoir about her Preeclampsia journey, 2 time NICU hospital experiences, bouts with anxiety, and postpartum depression, tentatively called, “Preeclampsia can SUCK it."  Social Media links:
www.leilatualla.com www.facebook.com/leilatuallam www.instagram.com/leilatualla www.twitter.com/leilatualla
For her blog of Life after Preeclampsia:
www.tuallaleila.blogspot.com

1.      Can you tell us a little about your book?
-         Love, defined is about three college girls who are in their last summer before graduation, and a series of events test their friendships, make them question about faith and love.

3.      How did you choose the genre you write in?
-         I gravitate towards stories that are faith based. Not to say, I don’t love a good dystopian novel or a cheesy rom-com, because I do! Maybe I just love books that have faith as an underlying theme. It doesn’t have to be about one’s faith in God, but faith in humanity, in other people, in yourself.

6.      What is a usual writing day like for you, how is it structured?
-         I wake up before anyone else and try to fit in at least 30 minutes to an hour, daily. Throughout the day, I keep a notebook that I jot down ideas or conversations. Every other week, usually on a Sunday, I write away from home and give myself 3 - 4 hours to just write. I’m also a book blogger and reviewer, so most of my Sundays, I tend to spend the bulk of my writing hours on mostly reviews.

7.      If you could spend 24 hours as a fictional character, who would you chose?
-         I’ve been obsessed with all things Penny Reid. She’s an amazing indie-author who writes contemporary romance. So any of her female characters from “the knitting series,” or the “Winston brothers.” All of the female protagonists are smart, and weird, and funny, and have amazing friendships and all these crazy random stories. I’d be one of them for a few hours!!

8.      Are you attending any Author Signing Event this year?
-         I wish! Sadly, it’s hard to schedule anything when my husband travels and I have no family support near me to watch the kiddos. I hope in the future when the baby is a little older and not as anxious that mama isn’t attached to him!

9.      What are writing projects are you currently working on?
-         I’m working on a memoir and poetry collection about my experiences with Preeclampsia, NICU stays and postpartum depression. I also have a YA romance novella that I’m hoping to finish editing by this summer!