Release Blitz for Guarding The Quarterback by Liz Matis 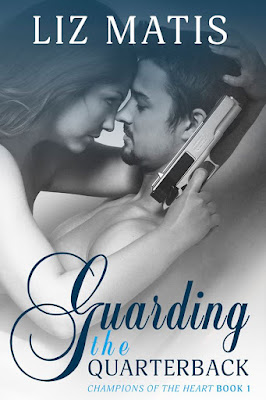 BLURB
Miss Congeniality meets The Bodyguard
Alexa Reeves
The quarterback of the NY Kings has a body to die for, and as Dean Walker’s bodyguard I’m right in the line of fire. If that’s not dangerous enough, I’m posing as his girlfriend to keep close. Yet, that isn’t the worst part. He says I need a makeover to pass as his arm candy. Jerk. The more time I spend with him, the more my undercover role blurs with reality, and I’ll lose more than my job if I step over the line and into his bed.
Dean Walker
Let’s get something straight. I didn’t ask for protection, especially in the form of a female. Isn’t a death threat just another day in the life of a NY quarterback? Still, the owner of the team forces me to accept a security detail led by the tiny but tough Alexa Reeves.
But who is the real Alexa? The bodyguard, sworn to protect me, or the made-over vixen, determined to drive me crazy? As the stalker closes in, I realize I’ve put more than my life in her hands. Will Alexa safeguard my heart as fiercely as my body? 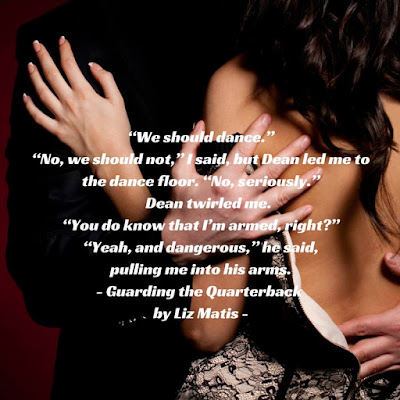 EXCERPT
Who the hell was knocking at my door at 7:00 a.m.? Normally, I’d be in bed with a smoking, curvy body snaked around me. Instead I’d become the fucking poster boy for celibacy. Horny as hell, I was not in a good mood. I whipped the door open, ready to take my frustration out on whoever was on the other side.
A barrel of a gun stared back at me. What the fuck? You would think my quick reflexes on the field would serve me off it. In this case they didn’t.
“Bang, bang, you’re dead,” quipped Reeves. My bodyguard smirked as she lowered her gun. “The security in this building sucks. I swept right by the doorman. And if you bothered to check the peephole, you wouldn’t be shitting in your Superman boxers right now.”
She breezed by, rolling a large suitcase behind her. Half naked, I just stood there, thunderstruck. Because of how Reeves looked with her hair down or because of the gun, I couldn’t say—or admit to.
Turning my head as she passed, I detected a slight wobble in her gait, from the heels no doubt. Still, her ass had a sexy sway in the body- hugging skirt. And what a body she had. Why did she hide those curves underneath boxy suits? Criminal. Hitting just above the knee, there was nothing criminal about the length of her skirt. She rocked it like that chick from Madmen, and somehow it was way hotter than a miniskirt.
Parking the suitcase by the end table, she turned and slid the gun inside her blazer, like it was a wallet instead of a weapon.
She was a walking contradiction. Was I more turned on by the way she handled the gun or by her cleavage beckoning me to suffocate myself in it? And those lips, now enhanced with a red gloss, made my morning hard-on roar back with a vengeance.
She looked soft. Touchable. But the look was lost in translation when it came to her body language. With her hands on her hips, she was as tough as the steel of the gun she carried. “Are you going to shut the door or what?” 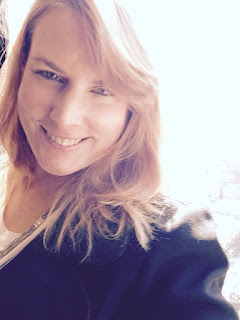 Liz Matis is a mild-mannered accountant by day and writer of fun, flirty, fiery romances by night.
Playing For Keeps, from her popular fantasy football romances, hit the #12 spot on the Barnes and Noble Nook Bestseller List and #26 on Amazon’s Kindle Bestseller. She has appeared on Amazon’s Movers and Shakers list. Playing For Keeps (winner of the NECRWA First Kiss Contest), Going For It, and The Quarterback Sneak all hit the #1 spot in Sports Fiction on Amazon.
In her spare time she enjoys reading, watching sports, and attending kickboxing classes. She’s been married for 31 years and believes in happily ever after.
Fun Fact: Liz read her first romance at the age of fifteen and soon after wrote her first romances starring her friends and their latest crush!

a Rafflecopter giveaway
Posted by Gia Guido at 8:17 AM