Cover Reveal for Wrecked Without You by Renee Shelbey 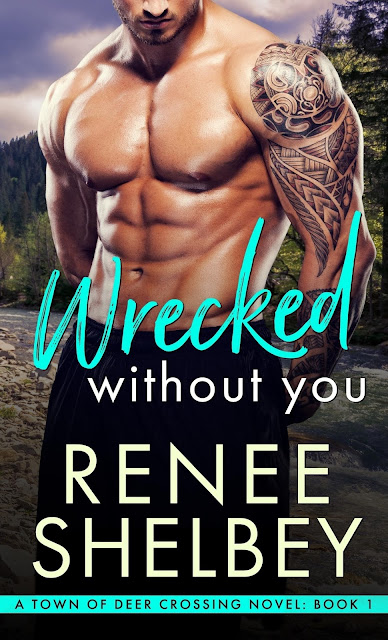 There’s a new doctor in town. One with swirling tattoos, a sweep of dark hair, a heart-stopping arctic gaze, and a perpetual frown. Within days, the ER waiting room is full of women wearing cute outfits and coy smiles. There must be something bad going around.
Dr. William Mason, a former soldier, is chiseled perfection, but I’m a mom of one, a history professor, and a community volunteer. The last thing I need is Dr. Dreamy with a bad attitude, when I’m busy juggling my daughter’s anxiety, the needs of my grad students, and the biggest baby of all—my ex-husband.
Then Will’s stepdaughters join my Scout troop, and I witness his haunted expression dissolve into a smile that leaves me breathless. Will becomes a mystery I’m curious to unlock and eventually, I glimpse the truth behind the façade. He’s protective, sincere, and an absolute sweetheart.
There are some things he won’t talk about, saying it’s best to leave them in the past, but he has no idea I’m also keeping a secret. One that is his very worst nightmare, come to life…
All I wanted was his love. But all I’ve earned is his wrath.
“Wrecked Without You” is the first standalone novel in the Town of Deer Crossing contemporary romance series, featuring diverse couples risking it all to find true love.
Content warning: Strong language, Steamy scenes, reproductive concerns 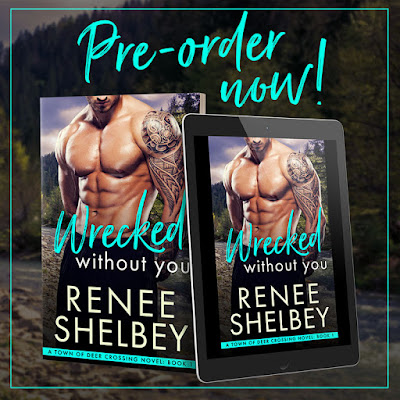 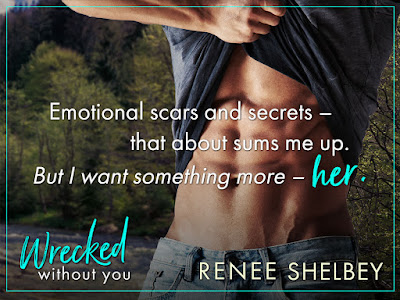 EXCERPT
The fire died down sometime in the night, and the sudden change of temperature roused me from sleep. Nat was pressed against me with a serene, satisfied look on her face, and I felt more at peace than I had in a long time. Deciding she’d probably be more comfortable in bed, I carefully picked her up and carried her there.
Being awake now though, with her in my arms, ignited a need to go down on her again because I was suddenly a man obsessed with her taste, her scent, her touch, and I wanted nothing more than to worship her pussy. She didn’t seem to mind my fixation and after calling my name, clinging to me for dear life, and coming apart several times, she wanted to return the favor. I told her there would be plenty of time for reciprocity and persuaded her to go back to sleep.
When I awoke the next morning, she was out like a light, curled up beside me. Chuckling quietly at her light snoring, I was tempted to stay in bed beside her but reluctantly changed and went for a run because I needed the clarity.
There was a greenway adjacent to my house, and it afforded me plenty of space to run and think. I was excited to show Nat the trail and to take a walk with her along the lake.
As I was running though, it hit me that not only did I want to show her the greenway but so much more.
After just one night, I was completely ruined by Nat.
How was it possible that she’d worked her way inside my head and heart this quickly? And what could I possible say to Mindy to convince her to accept it? 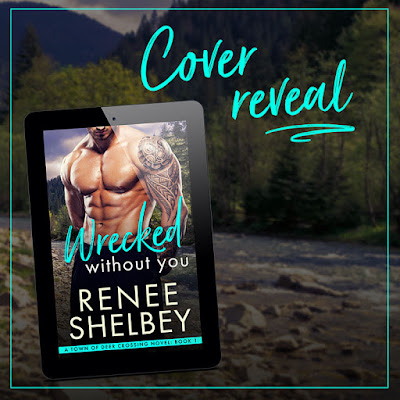 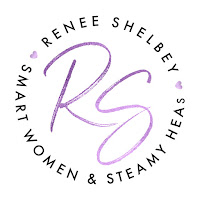 Renee Shelbey writes culturally diverse romance featuring smart Southern women and thoughtful strong men. She’s a wife of 15+ years, mother of a pre-teen daughter, dog mom to a 75 lb. puppy, and an overworked full-time employee. Her alter ego writes steamy, contemporary happily ever afters, full of ethnically inclusive main characters. She hopes you indulge in her stories which have a dose of reality but can still transport you to the world of romantic sexy-time fantasy. Her own indulgences include hot lattes, a mason jar of pear preserves, and British murder mysteries.