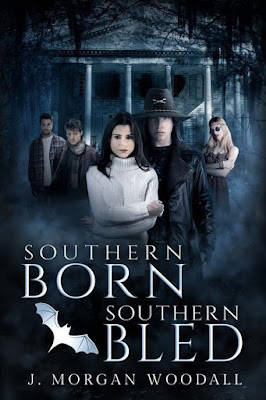 Somewhere between “The Sound & The Fury” and “Dark Shadows,” lies the small town of West Fork, Alabama.

Before that night in the fall of ‘89, the scariest things about living in West Fork was the varsity football team not making the playoffs or peaking before eighteen. Kurt Rodgers, quarterback for the team that was one play away from winning a state championship, had determined two years earlier that wouldn’t happen to him. He would get out and never look back.
Now, after two years of college, Kurt finds himself back home, disappointed and disillusioned. On the very night he returns, a series of bizarre murders begin. With each sundown, the body count rises. The police are stumped, with no clear motives for the grisly murders. The only thing the victims have in common: their bodies drained of every drop of blood.
Taking a reporter's job with the local newspaper, Kurt delves into the mysterious killings with vigor. The investigation gives him a chance for adventure, along with the opportunity to antagonize the father whose expectations he’s never lived up to. He has no way of knowing his search for the truth will lead him somewhere he isn’t prepared to go.
His sister Teri has fallen under the spell of a handsome stranger in town, the dashing and debonair Nick LeRoux. Kurt, however, begins to suspect the romantic and gentlemanly behavior are a sinister façade, masking a dark and malevolent secret. While she sees only Southern charm and rakish good looks, he sees the Devil with a drawl. He doesn’t know just how right he may be.
As he fights to stop the growing evil that threatens his town, he struggles with his own demons, helpless to stop the hypnotic spell that has been placed on his sister. By the time he discovers the terrifying truth, it may already be too late.
It’s a novel inspired by classic Eighties vamp flicks like “Fright Night,” “Near Dark,” and “The Lost Boys,” … when vampires were badass, dressed like rock stars and had swagger. Journey once more to a nostalgic time, the first trials of adulthood and the bittersweet memories of first love, all set against a backdrop of down-home Southern horror.
Be warned though! Some strolls down Memory Lane should never be taken after dark.
🦇💙 Links:
US: amzn.to/2vxkZAv
UK: amzn.to/2V6JFPo
AU: amzn.to/2UV8qcj
CA: amzn.to/2ZQ 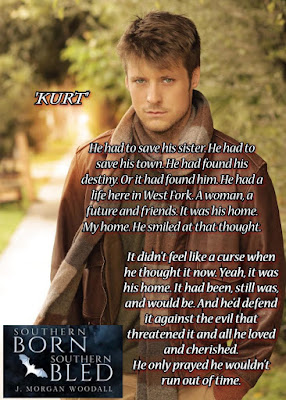 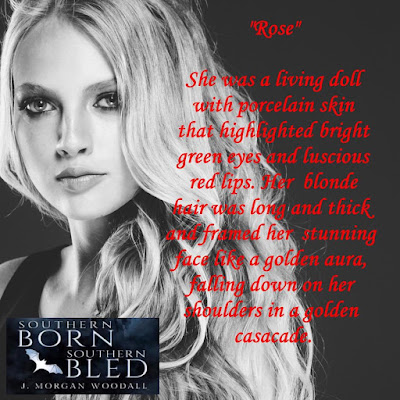 Her voice trailed off, as she caught a movement in the crowd. Her eyes moved to the turbulence and lit up. Kurt caught the stare instantly. He’d seen it before. As he glanced around, his heart sank at the sight.
Moving through the crowd, as if in slow motion, was the stranger, Nick LeRoux, and his friends. His black coat flapped behind him like a cape. The crowd seemed to part like the Red Sea, as the trio glided through, moving as if on a cushion of air.
He turned back to Teri, saw the adoring look in her eyes. And the eager smile. The others had noticed, too. Varnie slid dejectedly away.
“A wonderful night for such a celebration!” Nick greeted the group with his patented smile, as he made his way up, then turned to Teri. “Evening, Missy.”
“Hello, stranger!” Her face glowed now. “Where you been?”
“Business,” he said simply, in a tone that implied there would be no elaboration.
The girl, Rose, stood twirling a strand of hair around her finger and smiling slyly at Seth. He leered back at her and raised his cup, much to Carla’s chagrin. Rose noticed her scowl and chuckled hatefully.
…
Nick turned to Seth, “I recall seeing you. At the café, I think.”
“Seth Jones!” Seth could have been sticking his hand in a hornet’s nest and wouldn’t have known it. His eyes were shamelessly glued to Rose. “And who might this be?”
“Rose.” Nick motioned the girl forward. “Say hello to Mr. Jones.” The girl stepped up and gave a “peace” sign” to the group with her middle and index fingers. Even though it was well past dusk, she was wearing round “John Lennon” shades. She wore her hair straight on this night, with gold hoop earrings. A collarless tie-dye shirt hung off one bare shoulder. Even though the night air was chilly, she wore no coat and had flip-flops on her bare feet …
Seth thought she had to be the sexiest little hippie chick he had ever seen. Not that he’d seen many.
“Peace, baby!” It was Seth’s turn to put on a show. No need to let this strange, long-haired dude steal all the thunder! Imitating Nick, he took Rose’s hand and kissed it, his lips lingering a bit too long, as he looked up and gave her a sly wink.
“Groovy!” Rose pulled her shades down just enough to make eye contact with him. As she did, he thought he saw a flash in those green eyes, like sparks from a flint. His world spun. He felt himself drawn to her like a moth to a flame. Like drowning in a whirlpool, he was spinning in a downward spiral into those eyes! Suddenly, there was no one else in the world but him and her. His whole life, every fiber of his being, revolved around her. Touching her smooth, creamy skin. Kissing those beautiful lips. That was all that mattered now! If he didn’t, everything else in his life would mean nothing! He would be a hollow shell! Empty. Incomplete.
Kurt noticed the dazed look on his face. “You ok, man?”
“Never felt better!” His eyes were still locked on the blonde stranger, but they’d taken on a dull finish. Kurt mistook it for the liquor. It only added to his agitated state.
“Buy me a drink, Cowboy?” Rose asked as she grabbed his hand and began leading him away. 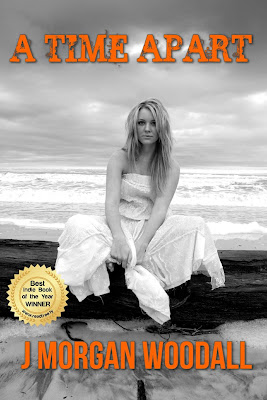 They say, in time, true love comes to us all. But in what time, you just can never be sure.

It was the vacation from Hell. Dylan Foster was a middle-class Atlanta suburbanite vacationing with his family on Florida’s scenic Gulf Coast for a week. Only thing was, since they’d been there, they’d been trapped inside their beach house for four solid days by monsoon-like weather. And after four days in close quarters, Dylan needed to get out, if for nothing else, to get a coffee and donuts. For the truth was, despite all appearances, Dylan’s marriage to his wife Gina was slowly falling apart, as an extramarital affair, years of indifference and inability to compromise slowly ate away at the foundation. Being shut in with each other in such a claustrophobic situation only reminded them of the charade they were living. It was so bad he was willing to strike out in the midst of a drenching deluge to escape the discomfort.

But this storm was no ordinary storm, and its violent intensity soon had him regretting his decision. After an almost apocalyptic crash of lightning sent a mysterious jolt of energy coursing through him, he quickly sought shelter at the first place he came to, a run-down souvenir store on a strangely unfamiliar stretch of the beach. If that wasn’t peculiar enough, what he found really made him scratch his head. Like a VW microbus in the parking lot straight out of Woodstock. Or the fact that the inventory inside looked like it hadn’t been updated since Nixon was president. Even the beautiful young lady who owned the place looked like she’d just stepped off the screen of a campy 70’s sitcom.

But any port in a storm, right? And the young lady, Sadie had hot coffee and dry clothes, not to mention an infectious personality that made riding out the storm with her a lot quite pleasant. But as the afternoon fades to evening and the storm rages on, two become comfortable and more at ease. An inevitable attraction begins to develop between two very lonely people. And before the night is over, choices will be made that will ripple across both time and space with far-reaching consequences.

A Time Apart isn’t a sci-fi story. It’s a love story, first and foremost, with just the right twist of sci-fi to flavor it perfectly. Not too much and just enough to enjoy. Pop a top on one today and taste for yourself. 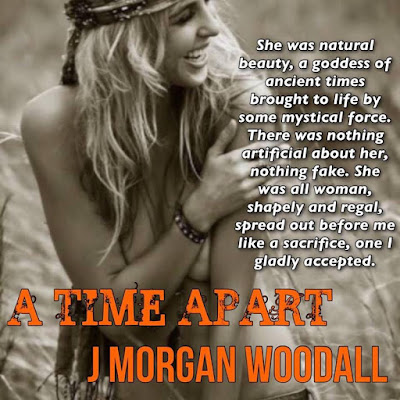 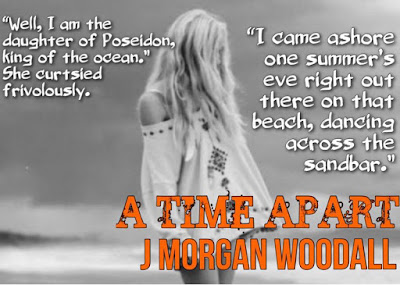 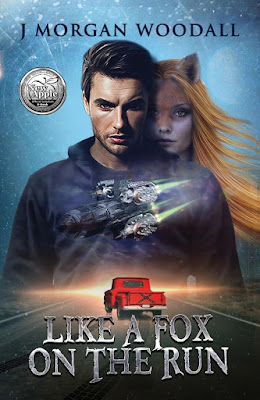 There was a flash of surprise in her eyes, before she realized what he was doing. A pleasant smile of comprehension quickly replaced it when his arms slipped around her waist. “I been seeing plenty out here,” he growled hungrily as he felt the old, familiar feel of her breasts against him, like a favorite quilt on a cold winter night. “And it’s been driving me crazy.” 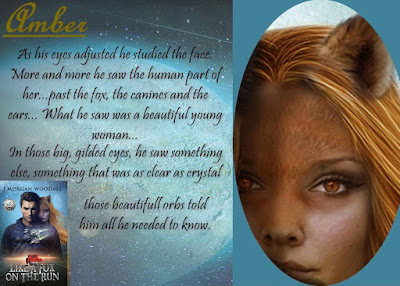 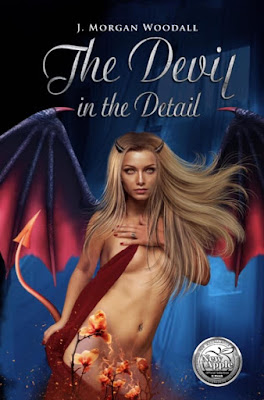 THE DEVIL IN DETAIL

SHE CAN BE ANY WOMAN, FULFILL YOUR EVERY WISH. THERE'S JUST THIS TEENSIE LITTLE CATCH ....

She was a goddess, a fantasy come true in a tight red dress. The kind of woman that turns every head when she walks into the room. That night, every man in the place wanted her. She could've had one or all of them. Why she chose him, he hadn't a clue.

Still, she had her issues. He had to admit, he found her just a tad bit, shall we say, peculiar for his liking. But tolerating her quirkiness was just a small price to pay for the companionship of this sexy enchantress. Besides, she was just supposed to stay the night and be gone come morning. Just a no-strings-attached fling and they'd both be on their merry ways. Well, that was his plan anyway. Unfortunately, it wasn't hers.

She was no stranger to the game. She'd played it a lot longer than he had, and she'd never lost. She knew exactly what it took to make a man's wildest dreams and his darkest desires come true. She would make sure he enjoyed every wicked second of their time together. The biggest difference in his plan and hers was that he would never see the coming of morning.

But then again, things sometimes don't always go as planned. And that's something both mortal and immortal are soon to discover.

The Devil in Detail is a lusty, naughty little tale that takes you on a wild ride of supernatural decadence. If you are easily offended and blush at high-octane erotica, this may not be the story for you. But if you don't mind stepping outside the box for a few pages ... with an ending you'll never see coming, buckle up and hang on tight! It's going to be quite a night! 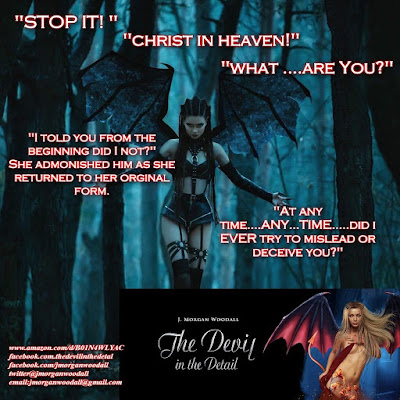