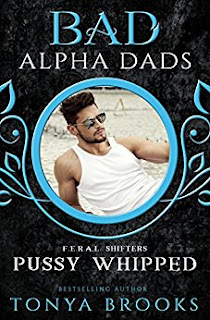 Pussy Whipped, a Bad Alpha Dads Romance / F.E.R.A.L. Shifters Series Book 1Blurb:
When her nephew morphed into a cat right before her eyes, Aylese Delacort thought she was going insane. Her plan to hand the baby over to his father before having herself committed went horribly awry when she realized that Jett was even crazier than she was. He put the baby in the deep freezer for Heaven's sake!
Then the crazy man tried to convince her that he was a jaguar shifter and she was his mate. Pfft. She wasn't insane enough to believe any of that nonsense and she sure as hell wasn't about to crawl into bed with a man they called the Prince of Pussy. Nor could she forget that he was the father of her sister's child.
But even if he were telling the truth it would never work.
She was allergic to cats!
Jerrett 'Jett' Black lived a life filled with hedonistic pleasure. The black jaguar shifter owned an elite gentleman's club, The Pussycat Palace, and his pride of wantonly wicked female shifters fulfilled his every erotic desire. Words like domestication and monogamy never entered his mind until she showed up.
Aylese was a little nutty but stunningly beautiful, and her scent was more intoxicating than catnip. But the crazy woman wanted him to take custody of the furball that she claimed was his cub. Since he was desperate to make her his mate, he'd agree to just about anything. Besides, being a dad couldn't be that hard.
Could it?
He was Pussy Whipped! 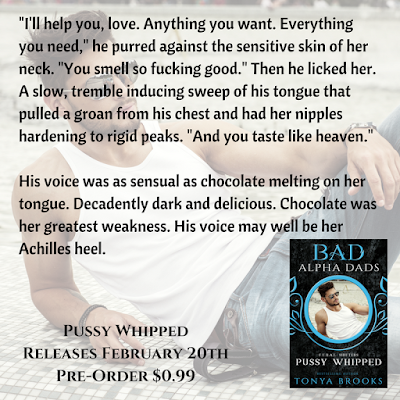 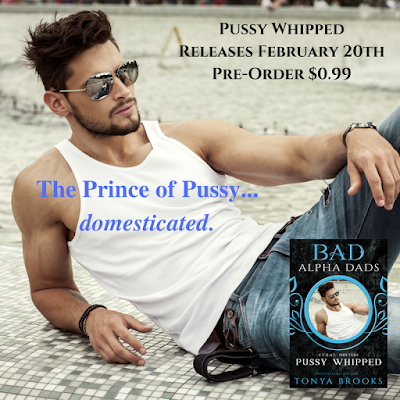 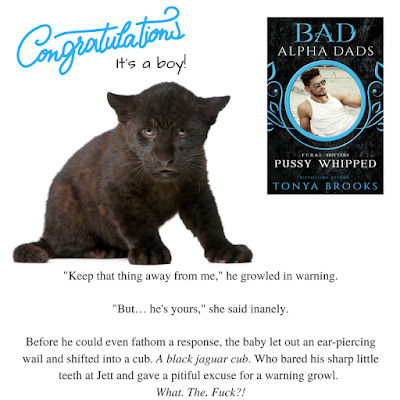 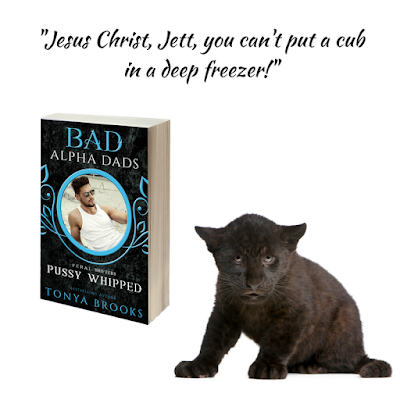 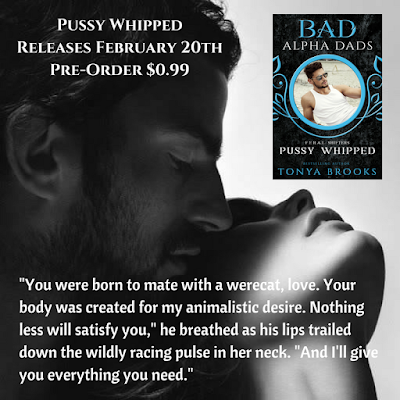 About Tonya Brooks:
Tonya Brooks is a teller of tales, a dreamer of dreams, and a weaver of words. Her steamy romances contain action, suspense, and humor with unexpected plot twists and turns. You never know what's going to happen next, hence her catchphrase, It's all smoke and mirrors till… The End.

She lives in Myrtle Beach, SC with her very own bad boy husband. Most weekends you can find them playing tourist in their hometown, at a festival, or shell hunting on the beach. She's a coffee addict, dark chocolate connoisseur, and lover of all things romance. She loves to read, loathes cooking, has extremely eclectic taste in music, and a wicked sense of humor.

1. Can you tell us a little about your books?
I write Contemporary, Military Suspense, Regency Historical, Paranormal and Romantic Comedy, but no matter the genre, my books are filled with humor and unexpected plot twists which is why my tagline is: It's all smoke and mirrors till... The End.

2. What inspires you to write?
Music! The lyrics speak to me and one line can inspire a scene, an entire book or a complete series. I have very eclectic taste in music and make a playlist for all of my books.

3. How many books have you written? Which is your favorite?25 published with quite a backlog sitting on the shelf waiting to be polished and published.
Gah! That's like asking which is your favorite child. I love them all equally though some did rip my heart out while others made me laugh my a** off.

4. Do you have a special time to write or how is your day structured?
I wake up, consume copious amounts of coffee and bang out words until hubby drags me away or I give up and go to bed. Writing is an obsession!

5. Do you have a favorite spot to write?
I love to write on my deck but the darn geese are so noisy it makes it difficult to concentrate. Honk, honk.

6. For a reader who hasn't read your books yet, which book do you suggest they start with?
Pfft. That could be difficult since I write in several genres and each of them has their own distinctive voice. I'd probably suggest Desire Had A Name since it’s contemporary and designed to appeal to a broader audience.

7. If your fairy godmother waved her wand and whisked you away to the location of your choice, which place would you choose, and why?
A tropical island with pristine white sand, balmy breezes, and clear blue water. I love a sunrise or a sunset over the ocean. It's very cathartic and feeds my creative soul.

8. What writing projects are you currently working on?
It would be easier to tell you what I'm not working on. LOL! My current works in progress are a second book for Bad Alpha Dads, a third for A Howls Romance, the third book in the F.E.R.A.L. Shifters series, book number three for The Ashbrook Legacy, book five for Invictus Security and a paranormal anthology yet to be named, and all to be released within the next six months!
Posted by Gia Guido at 9:00 AM