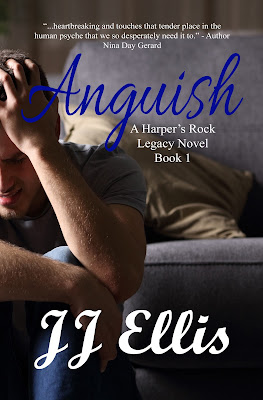 Being a teenager is hard enough, but when you have a diagnosis of depression and anxiety life can feel like it is caving in on you. When you add in a new awareness of your sexuality and falling in love for the first time, life can become almost too much to bear.

Ben Harper is determined to make it all work with the help of his best friend and new love, JC Croft. But when his inner demons conspire against him, can he come out on top or will he be crushed by the pressure?

“So, Benjamin Harper has anyone told you that you have a mighty fine ass?”

Ben snorted a laugh and kept on moving with his boyfriend’s laughter trailing behind. He paused when he reached the top of the hill and waited for JC. “Hold my hand as we go into the clearing.” They both stepped up and through the trees. An outdoor table and chairs sat before them. “Now look to your right.”

JC turned slowly in the direction Ben advised and his breath caught. The lake lay sprawled out before them with no barriers of trees or buildings, just shining water and the opposite shore covered in pine trees capped with snow. “Now I understand why you like it up here. This place is amazing.”

“I know,” Ben murmured. “In the summer I bring a book or my sketchpad up here, and somehow find the strength to deal with whatever problem I’m having. And in the winter, I bundle up and come up here to experience the extra quiet of the snow covered earth. And if I’m sad, I cry and let the tears freeze on my cheek. It reminds me that I’m alive.”

JC stood silent for a moment trying to absorb everything his boyfriend said. And then it clicked. “Wait, you…you don’t feel alive sometimes?”

“No, I don’t. I feel…I don’t know, emotionless I guess. Without purpose. I have never been able to see a future for myself. Oh, I can list what I want to happen in the future but I can’t see it or grasp it.”

“You never told anybody,” JC realized suddenly. “Why?”

JJ Ellis is first and foremost a mom to five kids, four girls and one boy, ranging in age from 6-22. After that, she is a physically limited wife, blogger and now an author. She holds a degree in Communication Studies (Public Relations) from the University of Nevada, Las Vegas but never thought she would choose writing as a career, especially at the age of 42. She once wanted to be a publicist in the entertainment industry, but never a writer. Then one day when she was in her mid-thirties she was going through what can only be described as an early 'midlife crisis' and ideas just started to come to her and she felt compelled to write them down. She finished her first book relatively quickly, but life got in the way and it took her eight years to revisit it and then publish her first novel. She can honestly say that now she is finally right where she wants to be.

JJ has been married to her college sweetheart (and romance novel hero) for twenty-one years and they reside in Casper, WY with their kids and one crazy mutt named Kreuger. She enjoys reading, writing, blogging, computing, and graphic design. She will try anything that will allow her creativity to be released.