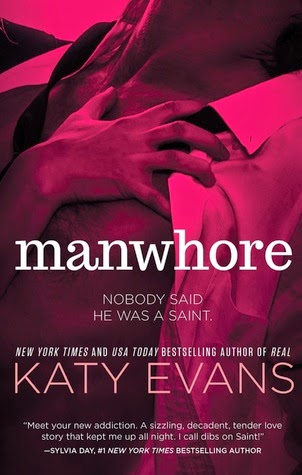 Is it possible to expose Chicago’s hottest player—without getting played?

This is the story I've been waiting for all my life, and its name is Malcolm Kyle Preston Logan Saint. Don’t be fooled by that last name though. There’s nothing holy about the man except the hell his parties raise. The hottest entrepreneur Chicago has ever known, he’s a man’s man with too much money to spend and too many women vying for his attention.

Mysterious. Privileged. Legendary. His entire life he’s been surrounded by the press as they dig for tidbits to see if his fairytale life is for real or all mirrors and social media lies. Since he hit the scene, his secrets have been his and his alone to keep. And that’s where I come in.

Assigned to investigate Saint and reveal his elusive personality, I’m determined to make him the story that will change my career.

But I never imagined he would change my life. Bit by bit, I start to wonder if I'm the one discovering him...or if he's uncovering me.

What happens when the man they call Saint, makes you want to sin?

Review by Gia:
Wow, Manwhore is a great read.   I instantly fell in love with Malcolm Saint.  His full man is Malcolm Kyle Preston Logan Saint.  With a long name like that, he oozes the I'm important vibe.    He's rich, successful, and sexy.  He has woman flocking to him.
Rachel is a reporter for the magazine Edge.  Edge is not doing good.   Rachel is giving an assignment to do an expose on Malcolm Saint.  The expose is suppose to focus on the juicy tidbits.   This article will help both Rachel and Edge.   Rachel gains excess to Malcolm under the impression that she is doing an article on his new social media site Interface.
I left like Malcolm was intrigued with Rachel and put forth an effort to get to know her.  At first I was a little frustrated with Rachel.  She was in a position many woman wanted to be in yet she was still in her reporter role and taking notes.    I was really happy when she finally started enjoying herself  more than focusing on the research for her article.
The article on Malcolm is just what Edge needs to stay alive.  But by the time the article is needed Malcolm may mean more than an article to Rachel.   I didn't realize when I started reading that there would be a book two.  The last 5% is heart wrenching and it leads up to little cliffhanger.  I can't wait to read the next one.
5 Amazeballs Stars!!!!