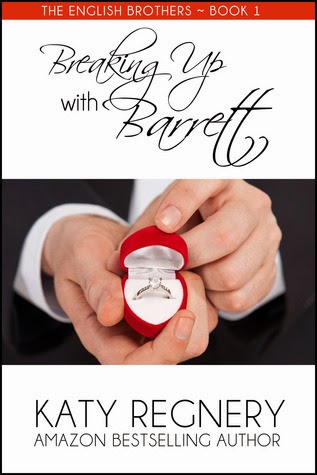 Breaking Up with Barrett (The English Brothers #1)

by Katy Regnery
Breaking Up with Barrett is the first of six books about the Philadelphia-based, wildly-handsome English brothers who are all on the look-out for love.

(Except Alex. He's a womanizing manwhore. And maybe Stratton, because he's wicked hot, but super awkward around girls.)

Barrett English, aka "the Shark," is the fair-haired, first-born of the English brothers, and the CEO of the oldest, most prestigious investment banking firm in Philadelphia. He rules the boardroom with an iron fist, refusing to take no for an answer and always getting his way.

Emily Edwards, a first-year doctoral student at the University of Pennsylvania, grew up in the gatehouse on the outskirts of Barrett's childhood estate. The daughter of his family's gardener and housekeeper, she was always looking through the window of privilege, but forced to remember her place at the very periphery of the kingdom.

When business partners suggest that a fiancee might soften Barrett's image over business dinners, he approaches Emily for the "job" of fiancee. And while love wasn't necessarily on Barrett's radar, he begins to realize that Emily always has been. But will his take-no-prisoners boardroom tactics work on the heart of the woman he loves.
http://www.amazon.com/Breaking-Barrett-English-Brothers-Book-ebook/dp/B00M0DQIEC 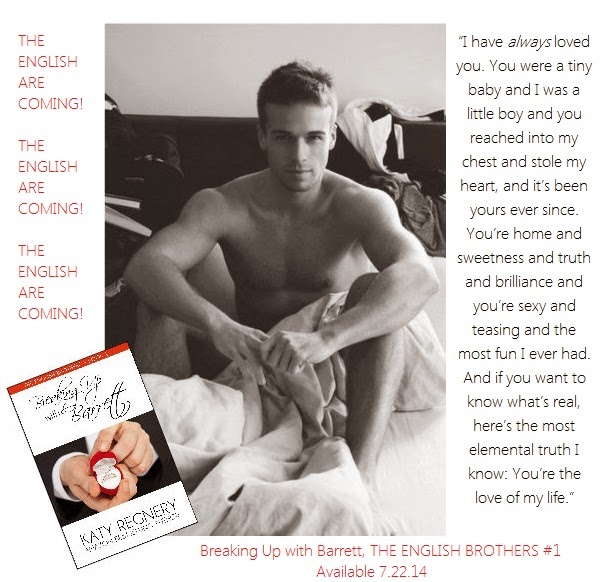 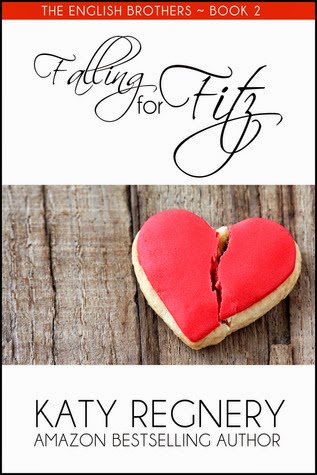 Falling for Fitz (The English Brothers #2)

by Katy Regnery
"Falling for Fitz" is the second of six books about the Philadelphia-based, wildly-handsome English brothers who are absolutely not on the look-out for love.

(Except Barrett, who fell in love when he was eight-years-old. And Fitz, who met the girl of his dreams at nineteen. And maybe even Weston, who just doesn't know it yet.)

Fitz English and Daisy Edwards fell in love during one magical summer when they were teenagers. When something tragic happens at the end of the summer, Daisy tells Fitz she never wants to see him again. Despite his feelings for her, he respects her wishes and for almost a decade Fitz and Daisy go their separate ways.

Almost ten years later, when Daisy moves home to Philadelphia, they meet again, and both are shocked to discover that the feelings they had that summer are just as deep and real today. There's a little snag, however. It seems that Daisy is engaged to someone else, and she's come home to get married.

Can Fitz get Daisy to fall for him all over again before it's too late? Only if Daisy can learn to trust the man who shattered her heart once upon a time. 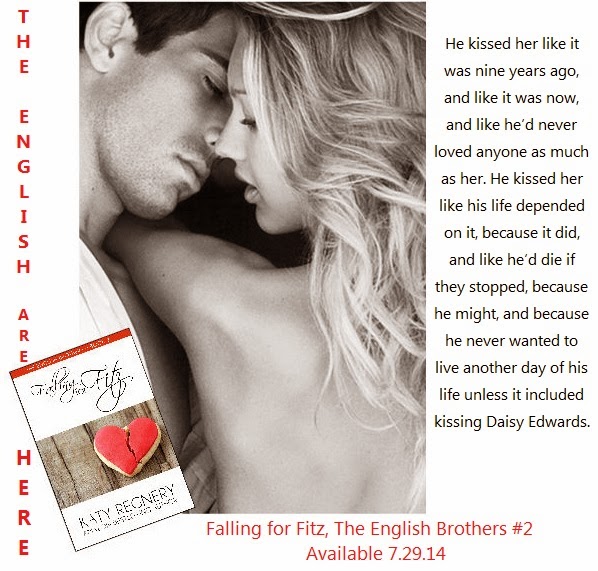 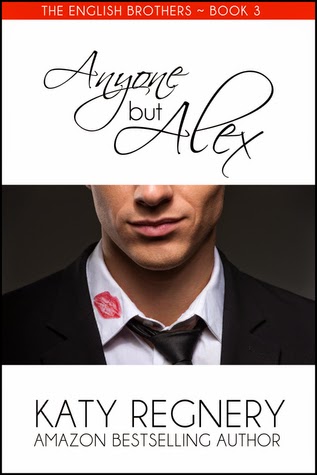 Anyone but Alex (The English Brothers #3)

by Katy Regnery
"Anyone but Alex" is the third of six books about the Philadelphia-based, wildly-handsome English brothers who are all on the look-out for love.

(Sort of. Barrett and Fitz are officially off the market, Alex has sampled every piece of available ass from Rittenhouse Square to the Liberty Bell, Stratton can’t seem to see what’s right in front of him, and don't even get me started on Alex Pettyfer look-alike, Weston...)

Alex English, the well-known man whore of the country club set, has always preferred to play the field, eschewing a chance with Miss Right for a satisfying quickie with Miss Right-Now. But after seeing his two older brothers take the plunge, something has been aching inside of Alex, and no amount of casual sex seems to fill the void in his heart.

Jessica Winslow, whose older brothers are best friends with the English brothers, has returned home from a fifteen-year stay in England, only to find herself face-to-face with her childhood crush, Alex English, on her first night home. She’s heard all the rumors, but Jessie remembers the older boy who was so kind to her as a child, and can’t help reaching out to Alex in friendship.

Between disapproving brothers, scheming exes, and the biggest business deal of English & Sons' illustrious history, Alex and Jessie’s budding romance is going to be put to the test. The question is…will it be strong enough to be their happily-ever-after? 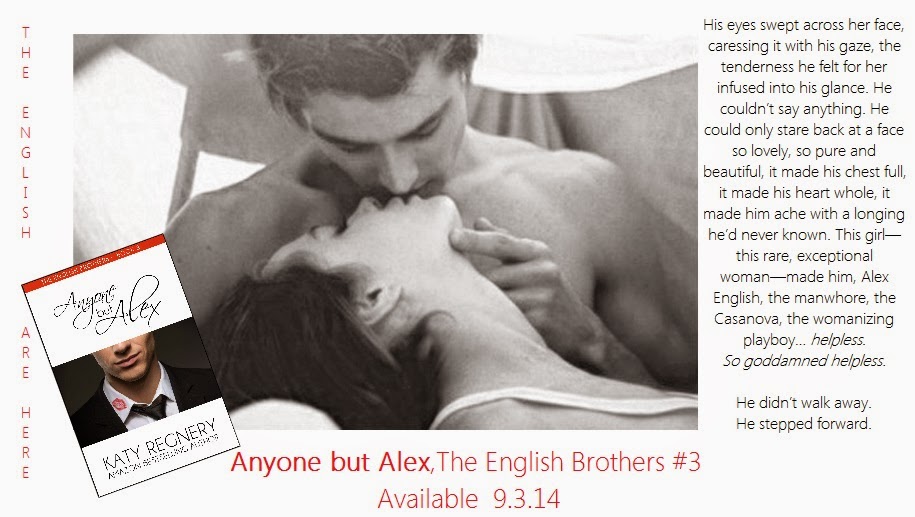 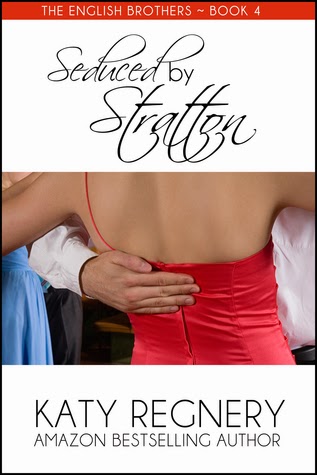 Seduced by Stratton (The English Brothers #4)

by Katy Regnery
"Seduced by Stratton" is the fourth of six books about the Philadelphia-based, wildly-handsome English brothers who are all on the look-out for love.

Stratton English, the hottest, youngest, most devastatingly handsome CFO in Philadelphia, has a problem: women make him nervous. Really nervous. Catastrophically nervous. Socially awkward to an extreme, he’s apt to blurt out the first thing that comes to mind, and it’s rarely something a woman wants to hear. Quietly in love with his neighbor, Amy, he has no idea how to make his move, but he is committed to figuring out a way to seduce her.

Valeria Campanile, who Stratton knows through one of his four brothers, is a PhD candidate who moonlights as a dance instructor on the side. Ironically, even though Val studies Courtship Rituals, she can’t seem to find herself courted. Pursued by boys from the “old neighborhood” who promise to overlook the fact that she’s so smart, she longs to meet someone who romances her mind as well as her heart.

When Stratton helps Valeria with a financial problem, she is anxious to return the favor. But will Stratton, who needs Val’s expertise to win Amy, find himself seducing Val instead? 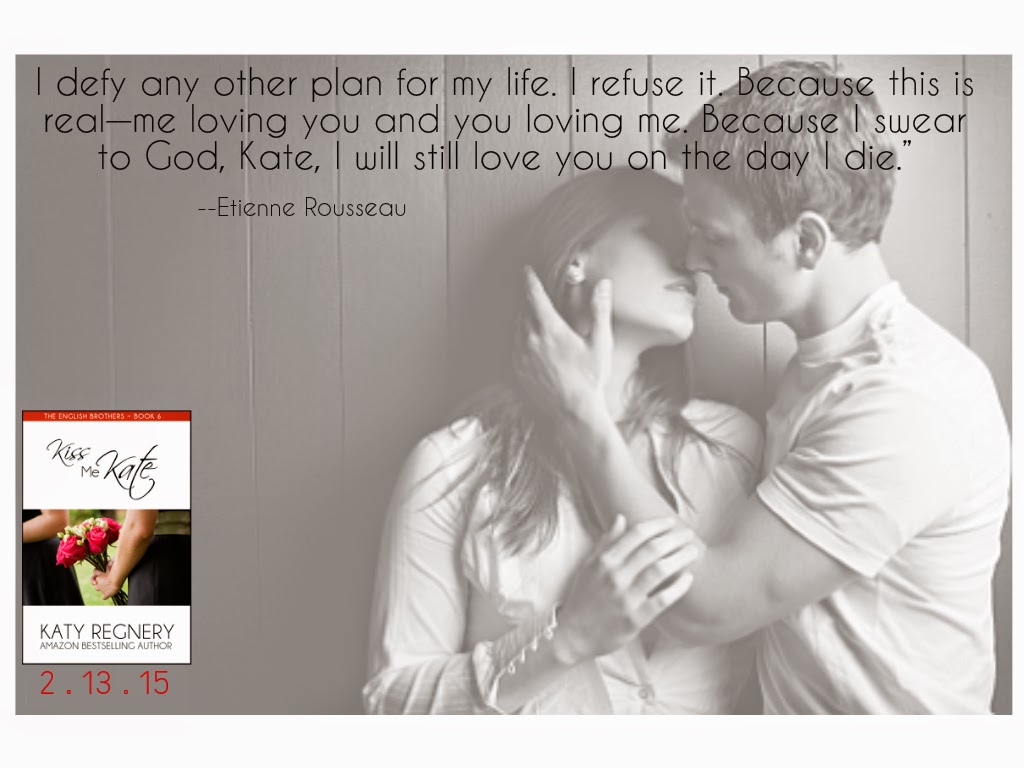 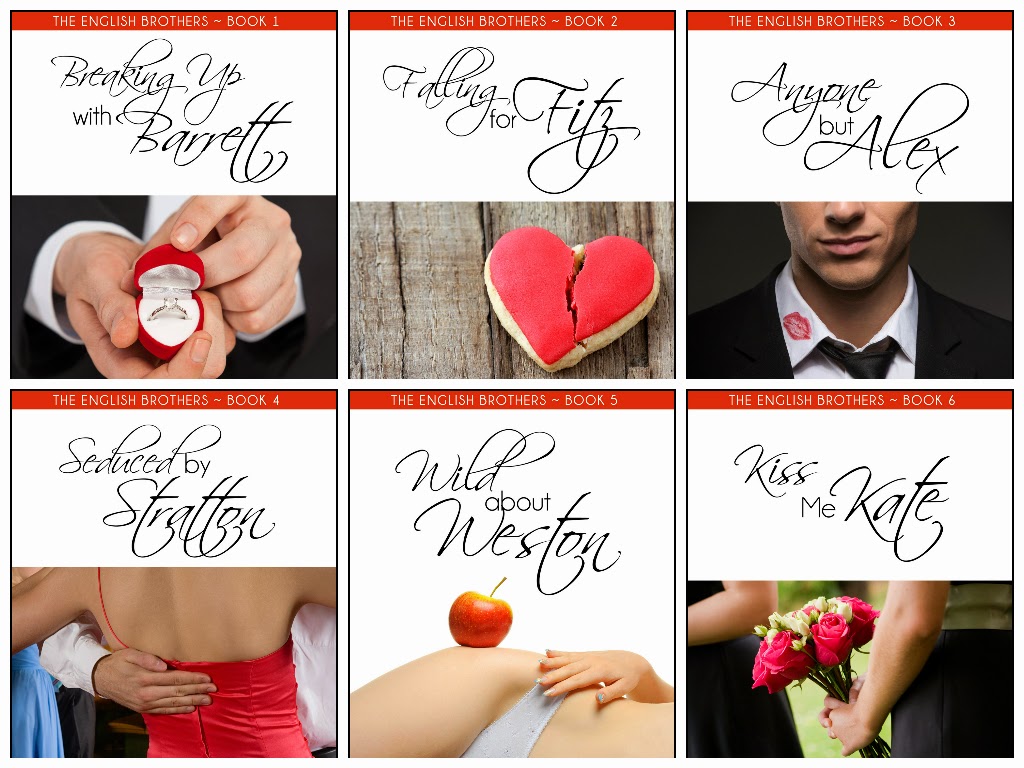 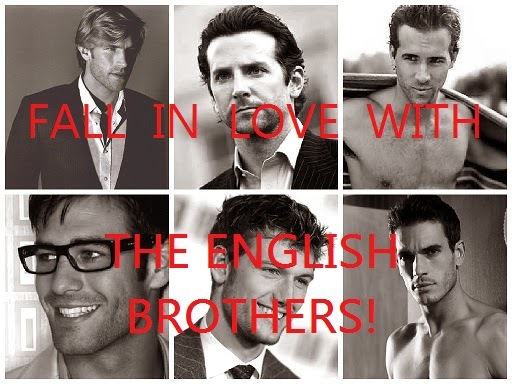 Katy Regnery, award-winning and Amazon bestselling author, started her writing career by enrolling in a short story class in January 2012. One year later, she signed her first contract for a winter romance entitled By Proxy.

Now a hybrid author who publishes both independently and traditionally, Katy claims authorship of the six-book Heart of Montana series, the six-book English Brothers series, and a Kindle Worlds novella entitled “Four Weddings and a Fiasco: The Wedding Date,” in addition to the standalone novels, Playing for Love at Deep Haven and Amazon bestseller, The Vixen and the Vet, a modern fairytale.

The Vixen and the Vet was included in the charity anthology Hometown Heroes: Hotter Ever After, and Katy’s novella “Frosted” appears in the anthology, Snowy Days Steamy Nights. Additionally, Katy’s short story, “The Long Way Home” appears in the first RWA anthology, Premiere.

Katy lives in the relative wilds of northern Fairfield County, Connecticut, where her writing room looks out at the woods, and her husband, two young children, and two dogs create just enough cheerful chaos to remind her that the very best love stories begin at home.

Interview With Katy Regnery:
Can you tell us a little about your books?
Sure! I write contemporary romance with happily-ever-afters at all heat levels. For those who prefer sweet romance, check out my Heart of Montana books. For those looking for a little more heat, give The English Brothers a try! My new series, a modern fairytale, features romances based on beloved fairytales. I promise - there's something for everyone!
Which has been your favorite series to write?
What a tough question!! I love writing The English Brothers because the books are relatively short and the world of Haverford is so much fun. Writing an English Brothers or Winslow Brothers book is like visiting old friends. But I think my heart tugs more at my a modern fairytale series. I love updating fairytales for modern readers, and each of those books is written as a fundraiser, which gives my writing a secondary purpose which I love.
Do you have a favorite character to write about?
Tough question!! I love them all and I don't revisit them (except as ancillary characters.) I have to admit, though, that Stratton English was super fun to write! He's so awkward and quirky...but SO HOT! It was a really, really fun combination!
Do you have a favorite spot to write?
I only and always write at my desk...unless I'm on vacation. Then it's a have-laptop-will-travel situation, and I've worked poolside, on airplanes, and at hotel desks. Some of my best writing comes when I'm away from my desk for a few days and have a chance to shake things up!
Do you have any “odd” writing habits?
Hmm. Yes. There's a coffee shop in my town - Ross' Bread - and they made this decaf coffee to-die-for (because it tastes like full-strength, but doesn't give me the jitters.) When I'm having trouble motivating, I pop out and get a cup...and then the words flow more smoothly! Go figure!
Do you listen to music while you write?
Sometimes. With "Anyone but Alex," The English Brothers #3, I listened to the Avett Brothers a lot. With "Wild About Weston," The English Brothers #5, I listened to a lot of wedding music (the entire book takes place at a wedding.) It really depends on the story.
When did you know you wanted to write a book?
I took my first writing class in January 2012, and I wrote my first book in September 2012. Before that, I had no idea I wanted to be a writer!

What are writing projects are you currently working on?
I am editing Never Let You Go, a modern fairytale...and I'm writing Bidding on Brooks, The Winslow Brothers #1!

Are you attending any author signing this year?
YES! My first two signings! One at the RWA Convention in NYC and another in Houston at the RT Round-Up! I can't wait!! :)
Posted by Gia Guido at 9:00 AM