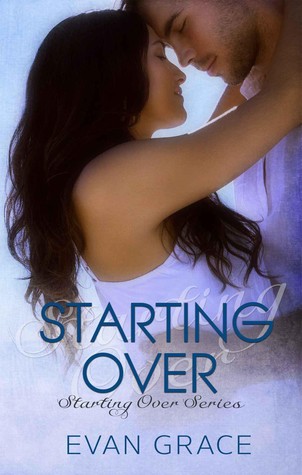 Six years ago she seduced him, but a realization had him turning his back on her and became the cause of her long exodus. But with her brother’s imminent deployment Bellamy knows she’s bound to see him.

He knows he’s the reason why Bellamy avoids home, and with her coming back home he’s hoping to make things right. He just wasn’t expecting her to look so damn beautiful.

However, there’s one more problem, Bellamy’s been keeping a secret from Luke for past six years. When passion builds between them she knows that she must tell Luke the truth, but will it bring them closer together?

Or will it drive them apart for good? 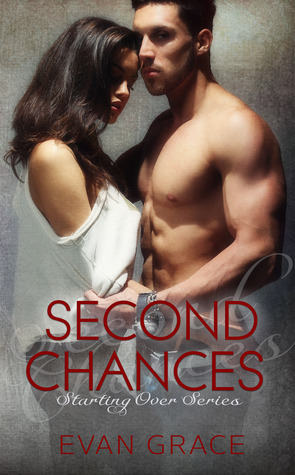 by Evan Grace
Stacy Hutchins thought she’d finally met the one, until a startling realization that shatters everything...

Mark Jefferson, her undercover DEA agent boyfriend lied about one tiny little detail…his wife and kids. Stacy hates liars and cheaters so she kicks him to the curb. But Mark makes it very clear he will not go willingly.

Has his obsession with Stacy tied them together forever? Or will Mark finally walk away?

Dustin Carmichael swore off women a long time ago, until his sister reconnected with her best friend from high school, Stacy.

But after a perfect month together, a year ago, Stacy played the ‘friends’ card. Unfortunately, they’ve been good friends ever since.

When Stacy's life turns to shambles, Dustin’s more than willing to be there for her. As she tries to get herself together, Stacy finds herself in another dilemma, she can no longer deny the feelings she’s always had for Dustin.

Will her failure to see that Dustin has changed stop them from having something everlasting? 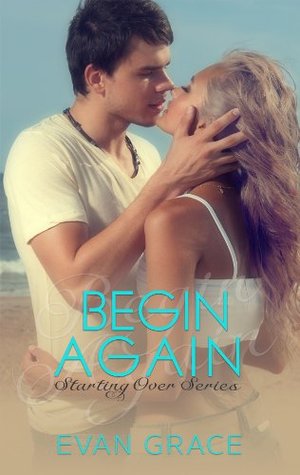 by Evan Grace
Two years ago Journey Cummings spent two of the best weeks of her life with the man of her dreams, until he left her without even a goodbye... Journey has spent the last two years trying to find the man that left her high and dry after two blissful weeks together, but he seemed to have dropped off the face of the earth. With no hope in finding the father of her son she tried to just move on, until a chance encounter changes everything. Dylan Carmichael knew he messed up when he lied and walked away from Journey two years ago, but it was over and there was nothing he could do about it now... That is until she walked into his brother's reception on the arm of another and drops the biggest bombshell, he has a son. Can Dylan prove to Journey that he won't walk away again and can she trust him with her heart and their son? When tragedy strikes can Dylan be man enough to keep their new little family together before it falls apart? 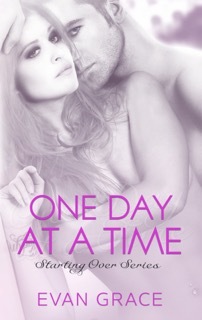 Finally sober, he's running is own business and repairing his relationship with his sister. He's happy with his life and proud of his accomplishments he's made. Now if only he could completely forgive himself for the mistakes he's made.

She helps her widowed brother raise his daughter and spends her days surrounded by books. Then one day, a chance encounter brings her face to face with a man who will open her eyes to what she's been missing in life, happiness.

Tessa awakens something in Cash he thought was dead and buried long ago.

As their relationship grows he knows he needs to tell her about his past, but he’s afraid of how she will react. Will she be able to handle the painful truth of his past?

When forces out of their control lead them both down a path of destruction, they are both left wondering. Will their love be enough to heal each other when they need the other person the most?

Author Bio:
A Midwesterner and self-proclaimed nerd, Evan has been an avid reader most of her life, but five years ago got bit by the writing bug, and it quickly became her addiction, passion and therapy. When the voices in her head give it a rest, she can always be found with her e-reader in her hand. Some of her favorites include, Shayla Black, Jaci Burton, Madeline Sheehan and Jamie Mcguire. Evan finds a lot of her inspiration in music, so if you see her wearing her headphones you know she means business and is in the zone.During the day Evan works for a large homecare agency and at night she's superwoman. She's a wife to Jim and a mom to Ethan and Evan, a cook, a tutor, a friend and a writer. How does she do it? She'll never tell.
Interview with Evan Grace:

1. Can you tell us a little about your books?
My Starting Over series is about second chances at love.  From childhood crushes, friends to lovers, past loves or people who just are starting over in life.  It’s about family, whether it’s your biological family or the one you choose.

2. How many books will there be in the Starting Over  series?
Book 4 just released and then the plan is for at least one more story. It depends if anyone else starts “talking” to me.

3. Do you have a favorite character to write about?
My favorite character thus far is Tessa from One Day at a Time. Granted I love, love all of my characters but she’s by far been the favorite.  She has suffered in her life but she is so much stronger than she ever thought. I think the way she grows is amazing and when she loves she loves so hard. Plus, she loves to smell books and that’s my thing too :)

4.  Do you have a favorite spot to write?
My favorite place to write is my bed with my eight year old snuggled up against me watching The Simpsons.

9. Are you attending any other signings this year?
I’ll be attending my first signing in October. Midwestern Book Lovers Unite is hosting.  https://midwesternbookloversunite.wordpress.com