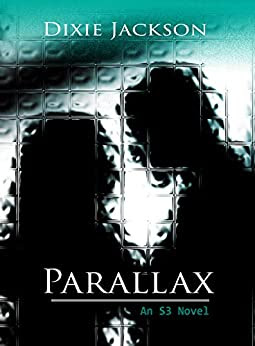 Six years later, Trent Wayland still isn’t over his spring fling. Probably because he was convinced when he married Captain Leila O’Neil, their fling would go on a lifetime. Leila is his soul mate and Trent knows it. He might not admit it on a regular basis, but that doesn’t negate the raw emotion she draws out of him each and every time he thinks about her. Forget the fact his heart splits in two all over again when he’s afforded the luxury of hearing her voice. That doesn’t happen often, however. Leila only tosses a handful of words his way when she initiates the weekly video calls he’s allowed with the other love of his life, their daughter Lucy.

Once upon a time, Leila O’Neil wanted to be a Marine when she grew up. She worked hard, she landed a seat at the Academy, and she was the head of her class. Then her dream was destroyed and she traded it in for a new one at the nearest Coterie portal. She wears so many faces and so many hats, at some point she lost track of her soul. That didn’t really bother her until Trent Wayland came along and almost peeled her dressing room curtain back nearly exposing her innermost person. The real person, the real Leila, who once upon a time wanted to be a Marine when she grew up.

Leila misses the real person, and realizes it at the worst possible moment. With her daughter’s life on the line and Trent on the scene of the crime, Leila figures out she’s been using her hurt and anger to fuel all the wrong goals. In a daring move, she puts it all on the line, hoping it’s enough to gain her freedom from her handlers and her husband’s forgiveness. 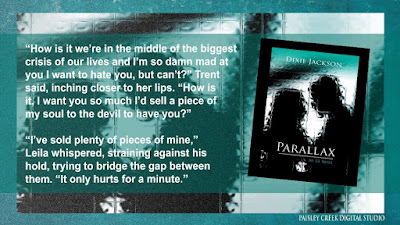 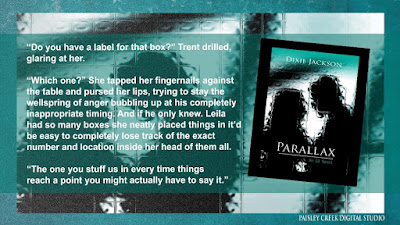 Born and raised in the heart of the Ozarks, Dixie Jackson learned a love of the written word at a young age. She remembers spinning tales before she could even write them down, but it was the encouragement of her sixth-grade creative writing teacher which would plant the idea that just never seemed to go away. She wanted to someday see her works in print.

Dixie makes her home in the Great Smoky Mountains with her retired Marine husband, two rescue dogs, and her beloved chickens. When she’s not writing, you can find her digging in the dirt and nurturing her plants while plotting the next step in one story line or another. She also loves experimenting in her kitchen, embroidering, quilting, crocheting, tracing her family’s twisted tree, and of course reading.

Technically, I fancy myself a romance writer. Not so technically, I’m a bit of women’s fiction, a dash of suspense/thriller, a pinch of mainstream contemporary, a drop or two of military fiction, and a heaping dose of romance tossed in. I don’t believe in living inside a box and I’m all for coloring outside the lines.


2. How many books have you written? Which is your favorite?

I’ve written somewhere in the neighborhood of thirty, however as of now, only five books are available. Two are boxed sets, so total novels currently available is eight. Right now, Parallax is my favorite. It’s the first new material to be published by me in a while and for me that was such an exciting thing.

Raylyn from Reclaiming Raylyn. We’re kindred spirits in that we both spent well over twenty years married to the Marine Corps. We have a lot in common.


4. Do you have a release day tradition?

I try to only look at my sales and the review sites once that day. I don’t like to get obsessed with those things.

I have a wonderful office that I share with my husband. It’s filled with our desks and all our favorite books. I have these great eclectic curtains covering a huge picture window, and on the other side of the glass I have several bird feeders so I can birdwatch while I’m sitting at my desk.

That depends on their romance sub-genre of choice. The Delaneys of Delaware is a collection of small-town romance with a bit of comedy tossed in. The Flashpoint boxed set contains two contemporary novels which are the prequels to the S3 series, Parallax is the first in that series. Just One Tear is a second-chances military romance as is Reclaiming Raylyn. Just One Tear is probably my most successful novel, at least the reviews are fantastic and plentiful.

I’d like to be able to snap my fingers and my house would be clean. That might be closer to witchcraft than a superpower, though.

Currently, Recoil, S3 book two, is with my editor and I’m almost finished writing book three, Residue. I have a notebook full of ideas, however, and a folder full of works in progress, so it’s quite common for me to just pull something up on any given day and work a bit on it.