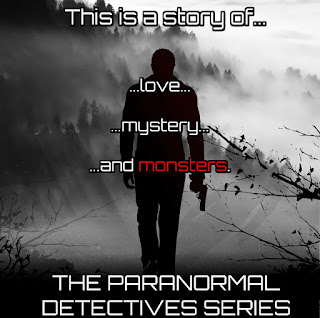 Lily Luchesi's debut series follows mortal detedctive Danny Mancini, vampiric agent Angelica Cross and their horrific adventures working within a secret government organization to keep the moral world safe from paranormal creatures who don't follow the law. It's a bloody job, but somebody's gotta do it!
Character list will be updated as each book is released. 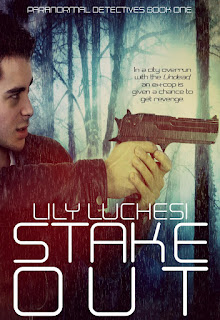 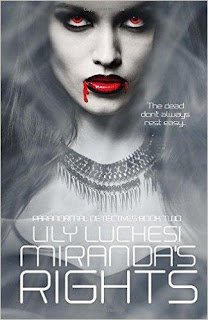 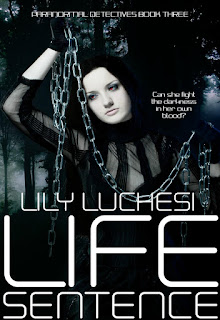 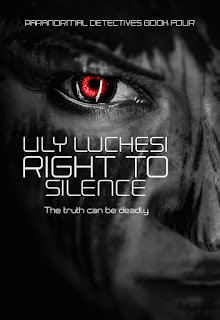 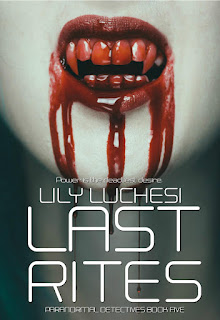 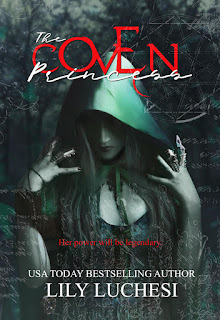 Lily Luchesi, Author's first YA novel follows teenage witch Harley Torrance as she discovers her abilities, finds her family, and fights against the darkness in her soul. 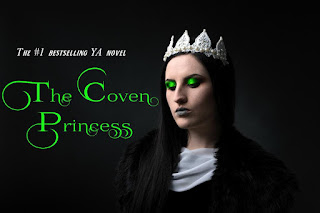 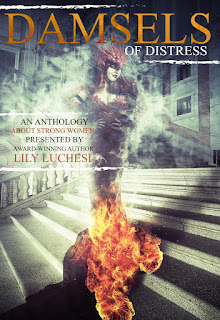 Lily Luchesi is the USA Today bestselling and award-winning author of The Paranormal Detectives Series, published by Vamptasy Publishing, as well as various short stories in the horror, paranormal, and erotica genres. She is also the editor and curator of Damsels Of Distress, an anthology celebrating strong women in horror and paranormal fiction.
Her first YA novel, The Coven Princess, skyrocketed to #1 on the US, Ausatalian, and Canadian Amazon charts.
She’s an active and out member of the LGBT+ community, a self-professed nerd, music-lover, and a little obsessed with vampires and comic books. When not writing or reading, she can be found drinking copious amounts of coffee, getting tattooed, going to concerts, or watching too much of the CW.
Lily was born and raised in Chicago, but now resides in Los Angeles. You can find her on Facebook, Twitter, Instagram, Goodreads, and Pinterest.

1.     Can you tell us a little about your books?
My author tagline is horror with heart, and that’s precisely what I write. Not romantic enough to be considered PNR, and too creepy to simply be UF, yet still with too much emotion to be called simply horror.
The Paranormal Detectives Series is my “baby”, so to speak. I just released book six, and it’s written for adults (due to cursing, not sex) in the vein of Buffy The Vampire Slayer and Underworld. It follows mortal detective Danny Mancini as he discovers that monsters exist outside of horror movies. He joins up with FBI agent Angelica Cross and together they save Chicago from rogue vampires, shifters, demons, witches, and more. All while navigating their feelings for each other and discovering dark secrets and hidden powers.
I also just started writing YA horror, which was my favorite genre ever since I was twelve. The Coven Series will have at least five books, and book one is already available, with book two coming October 5th. The series follows teenager Harley as she learns how to control her magical powers and fight off the Darkness that lurks in her blood.

2.     What inspires you to write?
It’s funny, I don’t have muses or any real sources of inspiration. My ideas come from all over the place. One of my novels, Never Again, was inspired by a hard rock song of the same title. The Paranormal Detectives first were spawned from my watching a crime show on TV in the summer of 2014. And The Coven Princess started out as me thinking about a specific fictional character, and how his life could have been less tragic if he had a daughter.
Inspiration for authors is EVERYWHERE. We just need to slow down and really look.

3.     How many books have you written? Which is your favorite?
I have written eleven solo titles, and my favorite is Life Sentence (Paranormal Detectives Book 3). It is a big turning point for both Danny and Angelica, and also introduces two minor characters, Brighton and Mark, whom I and my readers absolutely adore.

4.     Do you have a special time to write or how is your day structured?
I live with depression, anxiety, PTSD, IBS-D, and insomnia, so my days have no structure. Sometimes I’m awake at 8am ready to go, other times I haven’t even fallen asleep by 8am. So I write when I can, as much as I can. I try to get in at minimum 2,000 words per day, along with doing promotion and networking. Writing is solitary, but everything that goes with it is very social, and it’s slowly helping me get a bit more mentally healthy.

5.     Do you have a favorite food or drink you must have nearby when writing?
I don’t eat while I write, the movement gives me a panic attack. But I do usually drink coffee or iced tea with lemon while I write.

6.     Do you have a favorite spot to write?
I mostly write in bed. It’s comfortable.

7.     For a reader who hasn't read your books yet, which book do you suggest they start with?
Well, it depends. I always recommend they start with Stake-Out (Paranormal Detectives Book 1), but if they’d rather read YA, The Coven Princess is more for them. PDS has quite a bit of cursing and insinuated (NOT described) sex, so it depends on what readers prefer.
All my books are heavily paranormal, focusing on vampires, shifters, and magicians. So basically if they like the TV show Supernatural, Buffy, Charmed, or the Blade movies, they’ll enjoy what I write.

8.     If  you could spend 24 hours as a fictional character, who would you chose?
Oh, that’s a great question. I have fallen in love with so many characters since I was little, but if I could go and become one, I’d want to be Hermione Granger. Being able to use magic and visit Diagon Alley and work at the Ministry of Magic...that would be truly amazing.

9.     What are writing projects are you currently working on?
I just released book six of the PDSeries, called Skin Deep, and am going to edit book seven (Day of Execution). I am also in the editing stages of The Coven Heir (The Coven Series #2), which releases, as I mentioned, October 5th of 2018.
I’m also writing The Coven Rescue, for release next spring, and a short story for Another Beautiful Nightmare, which is an anthology releasing around Halloween featuring only female horror writers.o