Cover Reveal for Waiting to Fall by Alyson Reynolds 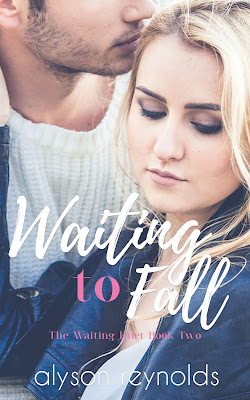 Finn Crawford never thought his life would change with one stupid dare. Or that he would make the mistake of taking things too far with his twin sister’s best friend. Now he’s fighting off an attraction he didn’t expect.

Cora Donovan doesn’t want a relationship, especially one with the guy who’s always been there for her when she needed it most. Just being in the same room as him makes her body heat up in ways she never thought possible.

There’s only one other thing that might stand in their way of being together, if they can actually figure out how to make it work. Neither of them want to hurt Olivia, and if they broke up, that’s exactly what would happen. Sometimes it’s hard to determine if love is worth the risk. 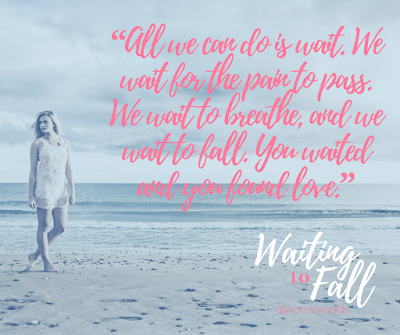 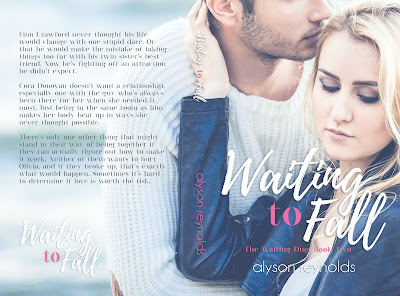 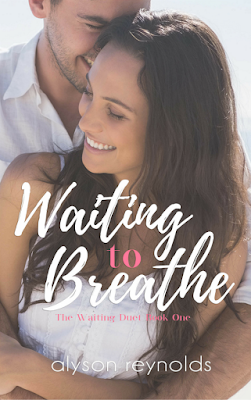 Originally from the south, Alyson likes to incorporate what she knows into her books. She's lived not only on the east coast, but the west coast and a few places in between. Alyson loves sharing stories about her crazy family to anyone who will listen. Her guilty pleasures consist of coffee, country music, brunch, breaking the rules, and pedicures. And she will always be a daddy's girl.

When Alyson isn't chasing around her two kiddos, she's normally writing. Or reading. Her Kindle library is out of control. Alyson writes mainly contemporary novels and novellas with a bit of new adult mixed in. 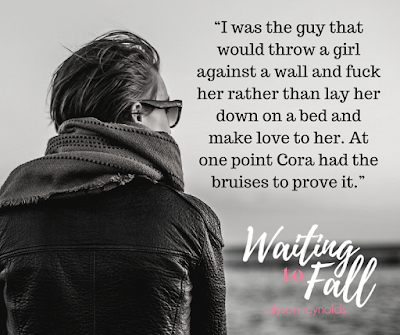