One case. One secret. One dog. One soul. Can transform a life forever.
FEAR consumes the quiet town of Groverton, North Carolina when seven, teenage girls mysteriously vanish - with little evidence left behind. Unfortunately, their disappearances are only the beginning...
The course of the investigation unleashes a string of bizarre occurrences only bombarding, Xandra Kallan, and her partner, Liam Hendrik with more questions. Questions; that make them rethink: everything they thought they knew about each other, themselves, and the world around them. For them, meeting and becoming partners runs deeper than fate.
Their souls are fated, and this gives them an unimaginable connection to the suspect.
Proving, sometimes the hardest mystery to solve is your own.

One War. One Soul Mate. One Descendant. One Decision. Could Destroy the World.
Xandra Kallan – a homicide detective, battles internal turmoil, suffering the aftermath of being caught in the middle of a war, which has left her without the person she needs the most. With her eyes open to the truth and her tortuous past unearthed, she seeks solitude, leaving her haunting past, soul mates, and the place she used to call home in the rearview to soul search with her trusty canine companion by her side – her shield from evil.
Will the truth set her free or will her past catch up with her?
On her road to freedom, Xandra finds herself on the campus of Colorado State University. And reminiscing of her old college days, she decides to re-enter the world of education to become a veterinarian. Little does she anticipate; she will run into a soul just as lost as her. Just as dark. A descendant. And there's more to this soul that meets the eye.
In the battle between descendants and soul mates, which side will she choose?
When Xandra gains more knowledge about Arcos, she is forced to choose – a decision that could affect the survival of mankind.
Will Xandra make the right decision this time around or will she once again, get caught up in the flames? 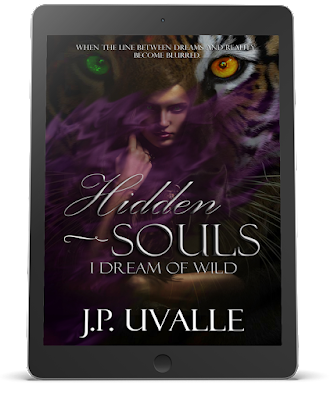 One Leader. One Team. One War. One Fate.
XANDRA KALLAN—Continues to battle with her past demons, while focusing on her duties as CEO of the most successful crime-eliminating agency in the world.
With her flames LIAM HENDRIK and SINTHOS still missing in action, she finds it impossible to move on—to open up, to love again.
Xandra’s soul mates want nothing but the best for her, wanting nothing more than her happiness. Their love for her has them all vying for her affection—a game of love and war with a sure guarantee that someone will end up hurt or even dead.
When the gloves come off in this violent battle to claim her love, who will Xandra choose to be by her side for all eternity?
Life-altering secrets are revealed…
Xandra’s life will never be the same…
Now, it’s time for Xandra to walk on the WILD side…
The cards are on the table…
The world’s fate rests in her hands…
Will Xandra rise up to lead or will she chose to remain captive by her troubling past?

J. P. Uvalle is a beautifully twisted soul who has a passion for writing paranormal romance and has the divine ability to make the unbelievable, believable. She was born and raised in Colorado Springs, went to Bel-Rea Institute of Animal Technology and graduated with an Associate's degree in Applied Science and Technology. JP works part-time as an ICU technician in Highlands Ranch, Colorado at an emergency/specialty hospital.
Aside from being a technician and a writer, she runs two businesses in her spare time— Beautifully Twisted Publishing, and Mary Kay. On top of that, she also contributes her time to the Beneath the Ashes Blog as a Promotions Manager.
When she's not saving lives, coming up with her next plot twist or making women feel pretty and pampered, she's spending time with family and friends.

This promotion is brought to you by Pure Textuality PR.