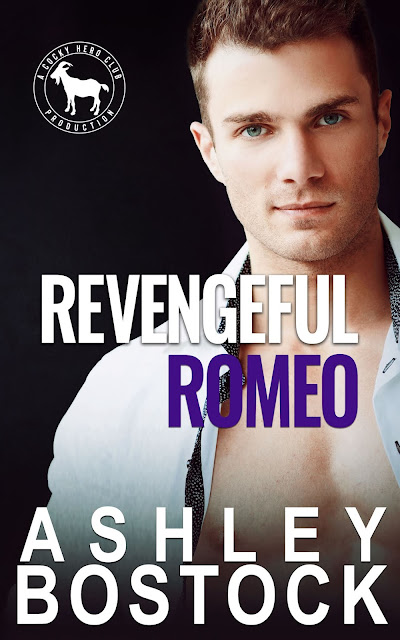 Title: Revengeful Romeo
A Cocky Hero Club Novel
Author: Ashley Bostock
Genre: Contemporary Romance
Release Date: September 5, 2021
Vi Keeland and Penelope Ward are excited to bring you the Cocky Hero Club: original works from various authors inspired by Keeland and Ward's New York Times bestselling Cocky Bastard series.
BLURB
Money doesn’t buy happiness.
Trust me, I’ve had it all my life and I have nothing.
No love. No joy. No pizzaz.
To make matters worse, my parents are pushing me to marry someone who doesn’t even give me orgasms.
Yes, it took me awhile to figure out that I needed to stand up for myself.
Which is why I was on my way to NYC—boyfriendless and out on my own for the very first time in my life.
Except when I got there, I ran in to someone I wasn’t expecting.
Holden King aka my new boss. I was hired to work directly beneath him.
Did I mention he was my ex-best friend who left me without a backward glance when I was sixteen?
I never thought I would see him again.
I tried quitting. Oh, God, how I tried. Even though I officially gave him up seven years ago, it was like he was already back in my heart.
Plus, he fueled my desire to live for myself. Hello, bucket list. It was back in business.
Only, Holden King was never crossed off my bucket list. He was still there, written in black ink, enclosed with tiny red hearts.
It was clear he had completed his bucket list.
Own a corporation. Check.
Billionaire. Check
Lamborghini. Check.
Only he added something to that list that I never would have dreamed about in a million years.
Revenge against my dad. Almost check.
Yeah, that was the part I didn’t see coming.
Revengeful Romeo is a second chance/friends to lovers/billionaire romance inspired by Playboy Pilot. 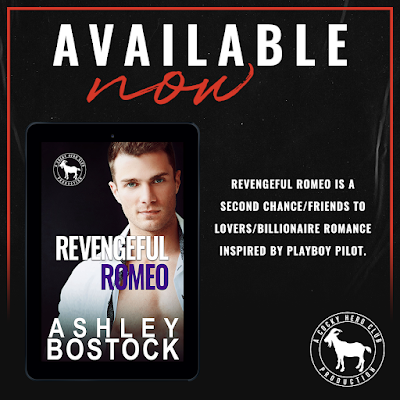 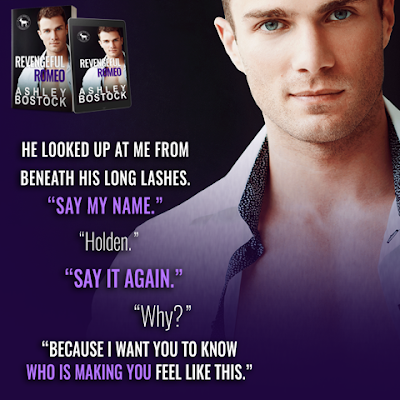 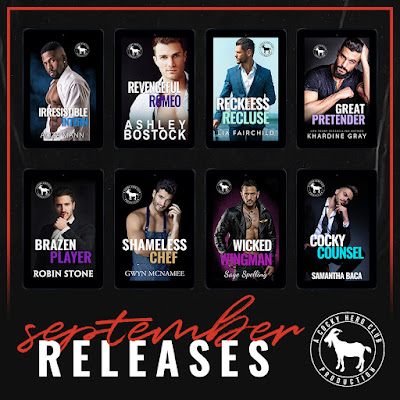 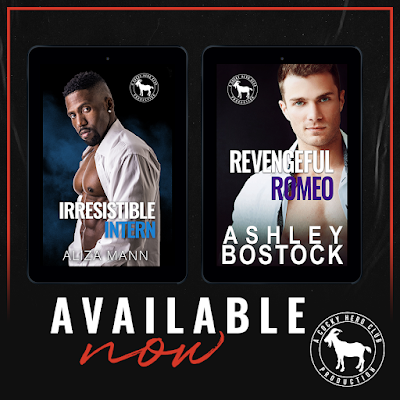 AUTHOR BIO
Ashley Bostock was born and raised in Colorado, but her husband moved mountains to get her to Nebraska where they currently reside with their two children and her animals. She stays busy daydreaming about the hot men she writes about in her novels.
She has traveled all over the world, but still has an extensive list of places she would love to visit. Anywhere near a sky-blue ocean will always be at the top of that list, although going back to South Africa’s Kruger National Park to view the wildlife is a close second.
She carries a bachelor’s degree in History with a concentration in Elementary Education from Metropolitan State College of Denver. While she loves children, she now fears teaching, which probably has something to do with being a stay-at-home mom.
You can usually find Ashley on Instagram. 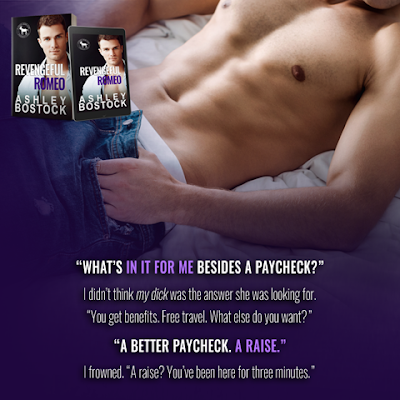 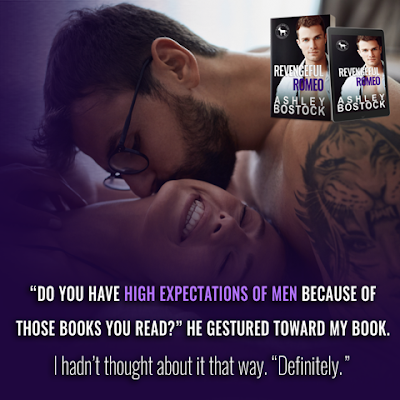