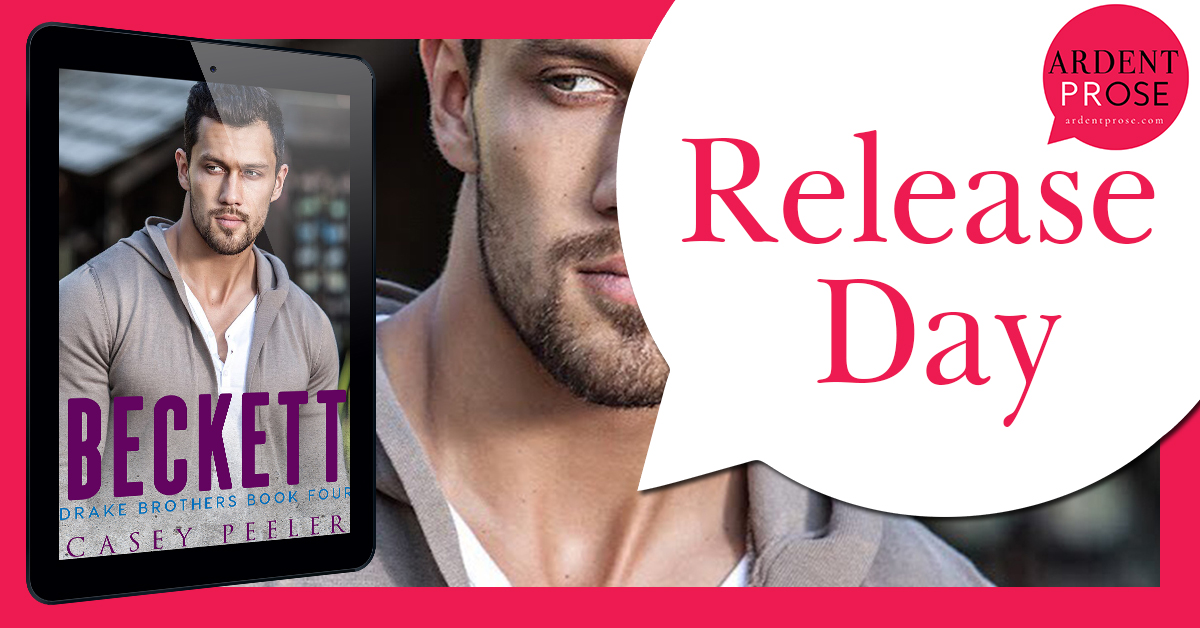 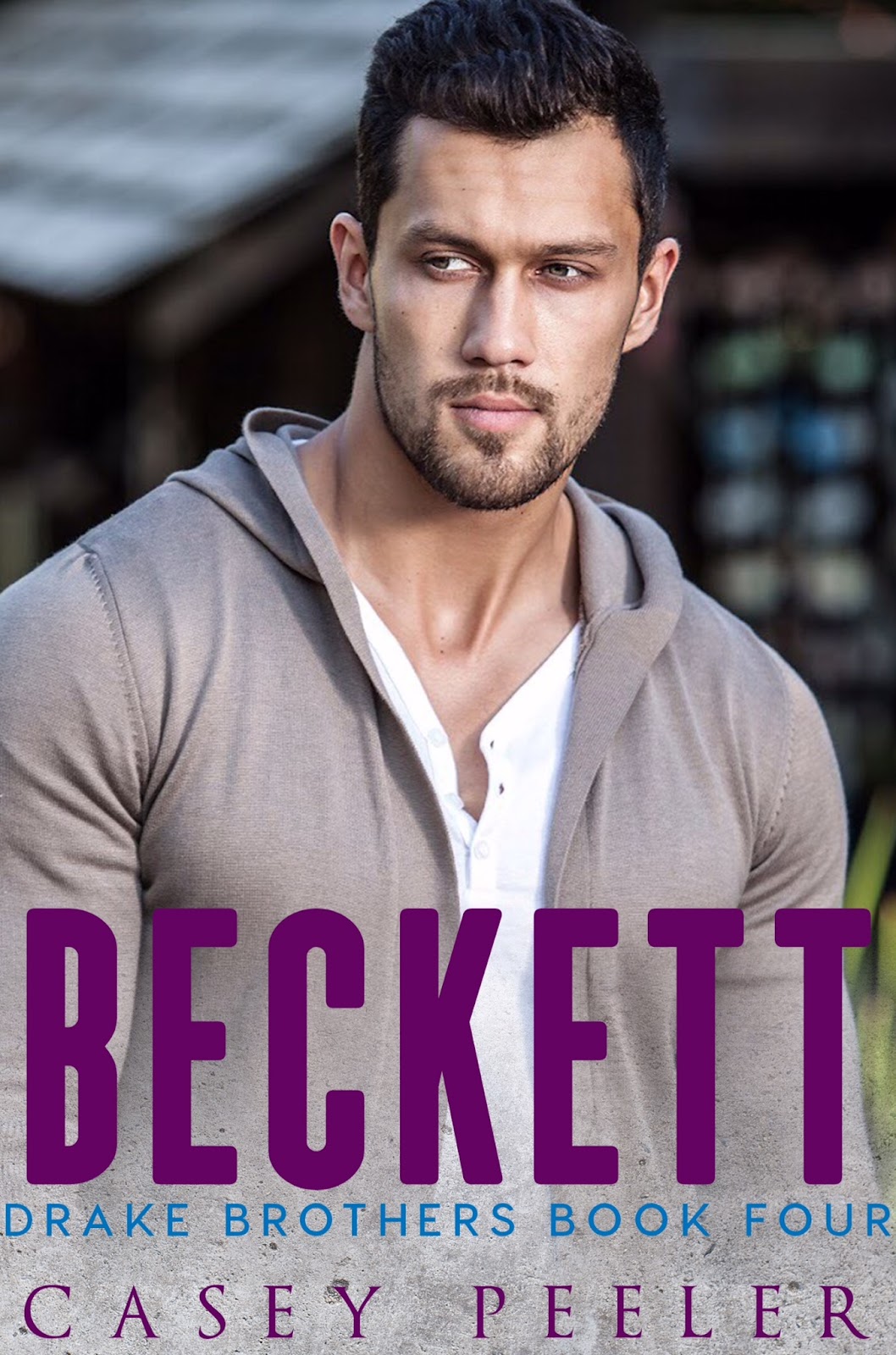 Beckett Drake is Mr. Responsible, but his life is different from his brothers—his eyes, his skin, and his father. His job is to put out fires, but the moment he lays eyes on Dallas, he knows that is a fire he never wants to extinguish.Dallas takes pride in providing for her daughter and not letting a man help in any way.Beckett will stop at nothing to protect these two, even if he has to lose himself in the process.

BeckettWalking into the old wooden farm house, I toss my hat on the counter as I grab a beer and cuss the fucking day. I’m tired as hell and my fucking brothers aren’t home yet to help out as usual. I’m not sure why in the hell I even try anymore, but then I glance at the picture on the refrigerator and know why I still fucking care. I see the most beautiful woman in the world. The woman that came to our rescue when I was seven years old. I still remember the day like it was yesterday when I walked into her classroom for the first time. Carol Drake was like an angel in human form, and saved me and my three brothers from a life of hell. I’d hate to see where we’d be today. We’d probably all be dead or in jail. Looking at the picture of my mom I smile, but miss the fuck out of her.As the back door opens, Colby walks in with a fucking smirk on his face. Taking a pull of my beer, I don’t say shit. Instead, I stand and start to walk toward the door for the barn.“Let me get out of this fucking get up and I’ll come help you.”“Don’t bother,” I say and when he mumbles under his breath, I fucking snap.“Don’t do me any damn favors. Go on and keep up that fucking pretty boy act, but we all know you’re just like the rest of us.”“Dude, who pissed in your corn flakes?” he says and I don’t say a word. Instead, I walk out to the barn, feed the animals, and make sure that everything is taken care of before getting ready for my third shift rotation at the fire station.As I start to water the horses, Colby walks out and doesn’t say anything, and that pisses me off even more. I swear, I’m so fucking tired of being the one to carry all of the load around here. I’ve been doing it since I was barely legal and I’m tired as fuck. They all think they can go on about their jobs and come home to find everything taking care of. I’m fucking sick of it.“Go on to Dixie’s. I know you don’t want to be here.”“What the fuck is your problem, Beckett?” he says and I just look at him and then go back to work. He doesn’t move. Instead, he stands there. “Fuck. I can’t help you if you don’t talk to anyone. Hell, all you do is try to be our fucking dad anyways. You're our brother. We don’t need you looking out anymore. We just want Beckett back.”Taking the water hose, I hang it up and then pull out the feed as he follows me, attempting to work.“Really? That’s what y’all want? Do you know what the hell would happen around here if I didn’t act like Dad? Do you?” He looks at me with a blank look. “Exactly. Shit would fall apart. Ain’t nobody got time for that. Now, go on to Dixie’s, I got it. Just make sure everything’s good before work tomorrow. I’m on third tonight.”“You got it, Dad,” he says like a fucking smart ass and I lose it. Walking up to him, I slam him against the fucking barn wall. “Fuck off, Colby,” I say and let him go. Walking out of the barn, I cuss myself. I don’t mean to be an asshole, but I’m different. I’m not the same as them. Hell, we’re all fucking Drakes, but I’m the odd man out. Since day one, I’m the one that got the strange looks, questioned how I belonged, but at the end of the day, we’re brothers. I’d give up my fucking life for them, but they piss me the fuck off more and more each and every day.Dallas“Let’s grab a burger and head home. How does that sound?” I say to Lettie as we pull into Barger’s parking lot. I’m exhausted from working, but there’s nothing a Barger’s burger and fries can’t fix. She looks up at me and smiles as we walk hand in hand. Stella gives a wave from behind the bar as we walk up.“What can I get y’all?” she questions.“Two cheeseburgers, one fry, and a sweet tea. Can you make it to go?” I ask and she nods.Taking a seat at the bar, Dixie walks in and Lettie runs over to her. Dixie takes her by the hand and Lettie leads her over to me.“Hey, girl! How are you?” she questions. It’s amazing how my hairdresser is now one of my best friends. It wasn’t so long ago that I didn’t have anyone I could talk to in this town.“I’m exhausted. I swear, I’ve worked non-stop all day, and Lettie insisted on going out to the park. I’m like give me a burger and call it a night.” We both laugh as Stella places two drinks in front of us.“Stella, I said one.”“Girl, no. Just think of one as a refill,” she smiles and I can’t help but thank the big man upstairs for such a group of amazing people. As people begin to trickle in, I know it’s time for Lettie and me to bounce. She doesn’t need to be exposed to big folks behaving badly. Stella takes the food and places it in front of me. Laying a twenty down, I stand and grab Lettie by the hand. She hugs Dixie bye and we walk out the door, going the short distance to our four-room house at the edge of town. 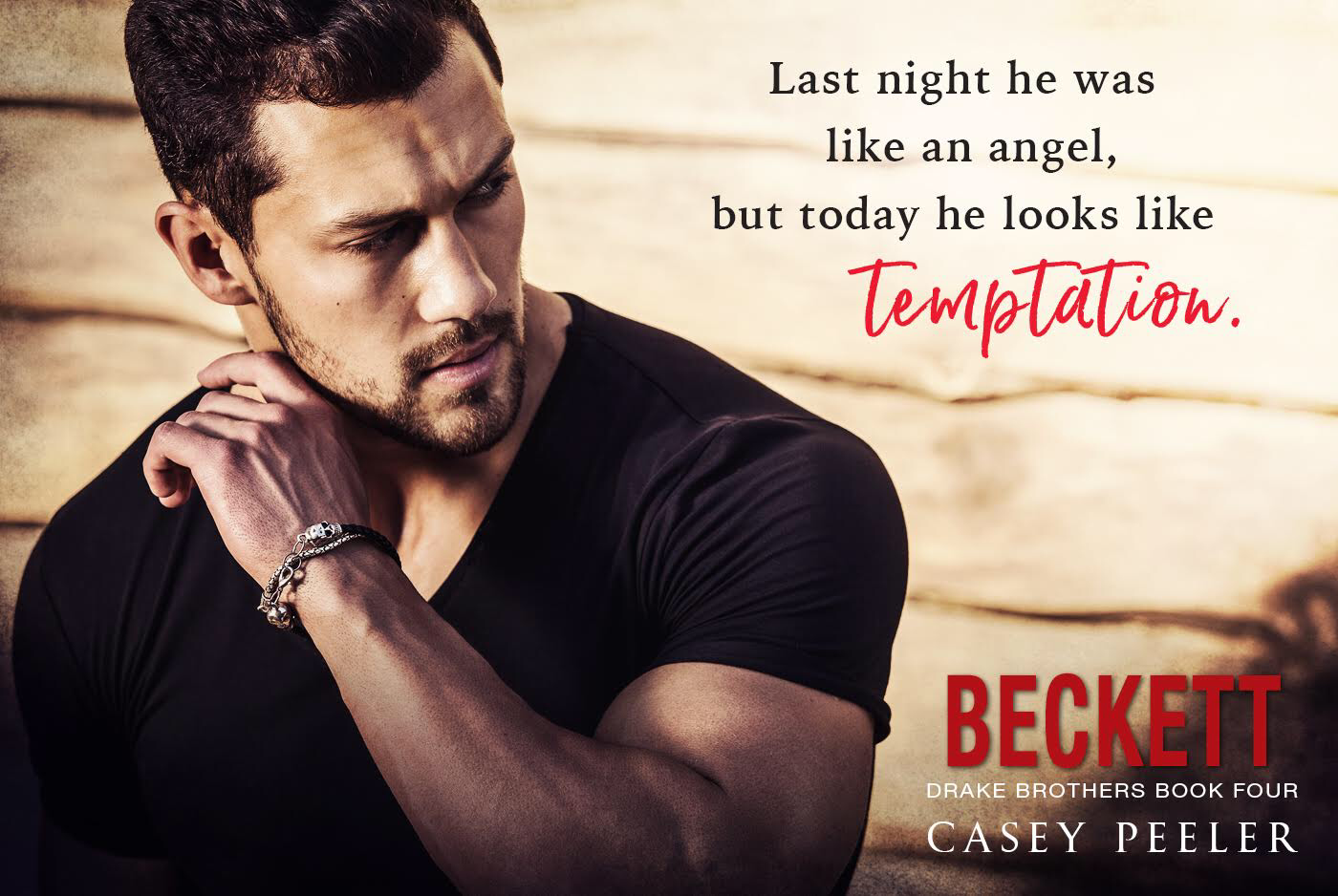 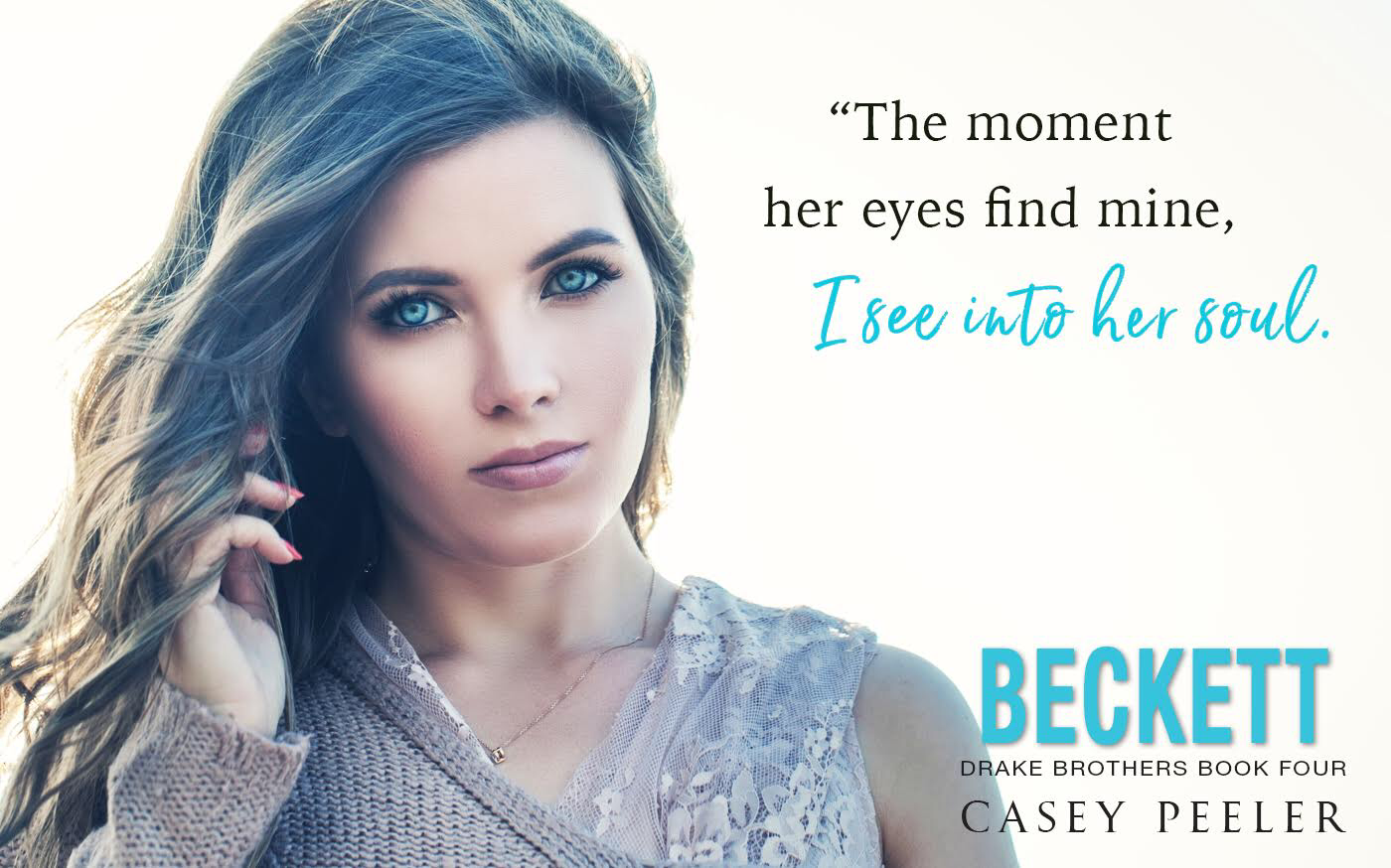 Review by Gia:
Beckett is book four in the Drake Brothers series.  Each book has a different brother as the main character so they can be read as standalones.   I was excited to read Beckett.  He's the oldest Drake brother and has the weight of the world on his shoulders.   He's a fire fighter.  He's also a little broody and I couldn't wait to read his story.   He's matched up with Dallas.  Dallas is a single mom.  Dallas is hard working and a strong character.   Her daughter Lettie wants a dad but Dallas really isn't looking for that but Beckett may change that.  Beckett is there when Dallas needs a little help and from there they just melt each others hearts.   This one was a great quick read.
4 Amazeballs Starts!

Casey Peeler grew up in North Carolina and still lives there with her husband and daughter. Growing up Casey wasn't an avid reader or writer, but after reading Their Eyes Were Watching God by Zora Neal Hurston during her senior year of high school, and multiple Nicholas Sparks' novels, she found a hidden love and appreciation for reading.  That love ignited the passion for writing several years later, and her writing style combines real life scenarios with morals and values teenagers need in their daily lives. When Casey isn't writing, you can find her near a body of water listening to country music with a cold beverage and a great book.
Connect with Casey
Website    Facebook  Instagram    Twitter  Goodreads Amazon