Blog Tour LOVE ON THE EDGE OF TIME by Julie A. Richman

Love on the Edge of Time, an all-new stand-alone story about a love too great to be bound by time, from Julie A. Richman is available NOW! 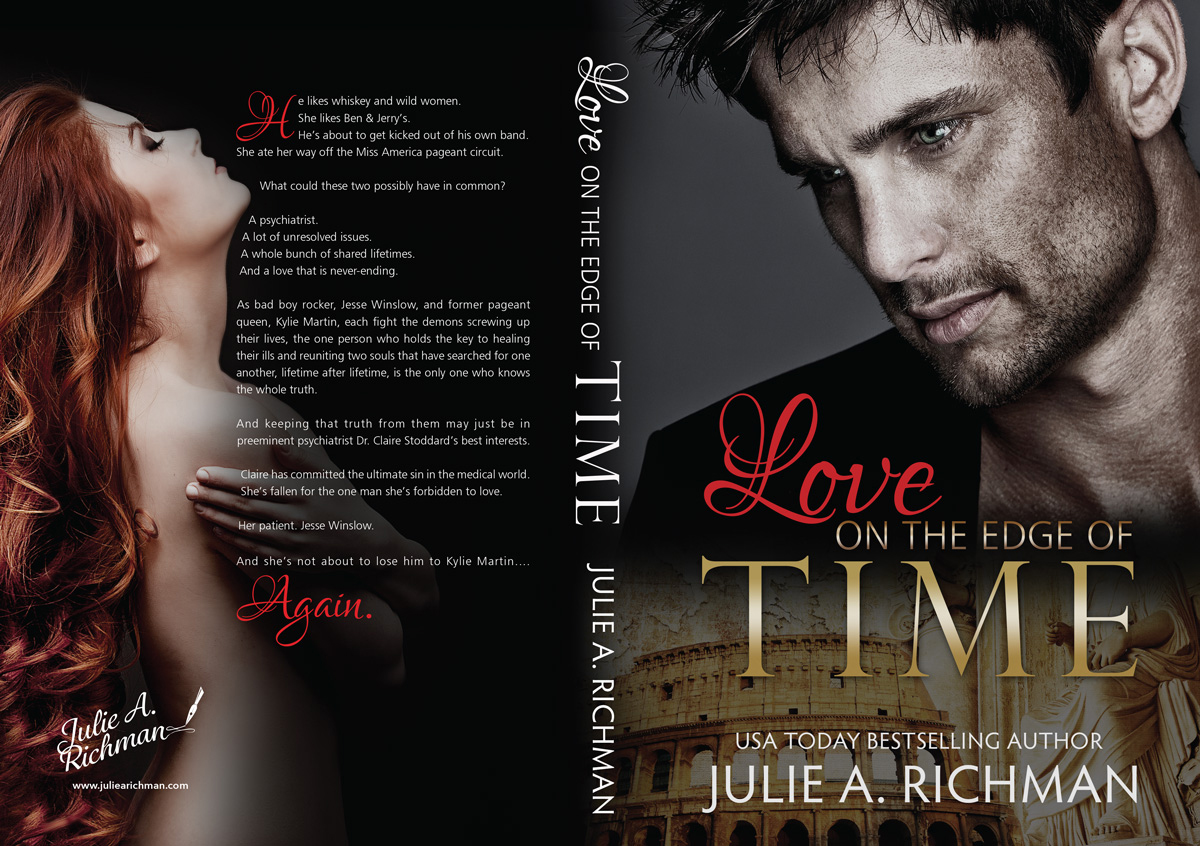 Love on the Edge of Time by Julie A. Richman

He likes whiskey and wild women
She likes Ben & Jerry’s
He’s about to get kicked out of his own band
She ate her way off the Miss America pageant circuit
What could these two possibly have in common?
A psychiatrist
A lot of unresolved issues
A whole bunch of shared lifetimes
And a love that is never-ending
As bad boy rocker, Jesse Winslow, and former pageant queen, Kylie Martin, each fight the demons screwing up their lives, the one person who holds the key to healing their ills and reuniting two souls that have searched for one another, lifetime after lifetime, is the only one who knows the whole truth.
And keeping that truth from them may just be in preeminent psychiatrist Dr. Claire Stoddard’s best interests.
Claire has committed the ultimate sin in the medical world. She’s fallen for the one man she’s forbidden to love.
Her patient, Jesse Winslow.
And she’s not about to lose him to Kylie Martin... Again.

This time he didn’t text. He just called, waking her at two-fifteen a.m. “Bare-ly dressed again tonight?” Her laugh, filled with sleep was gruff. “Barely dressed every night.” “What exactly do you have on?” “A pink tank top and pink silk bikini.” “Take them off,” he ordered. “Excuse me,” there was an element of surprise in Kylie’s voice. “You heard me. Take them off. Now.” Just hearing rustling on the other end of the line, he could feel his cock stiffen and it felt damn good after all this time. Baby, I’m back, he thought. “We’re having phone sex? But, Jesse, we haven’t even kissed yet,” her protest was weak. And even she knew it. “Yes, we’re having phone sex, and when I get back to New York, we’re going to do a lot more than kiss. You’ve friend-zoned me, Toots, and I’m busting out.” Kylie was smiling on her end of the phone. Friend-zoned Jesse Fucking Winslow? Was he serious? “Nobody puts Jesse in a friend-zone,” she couldn’t help herself. “Are they off?” He totally ignored her joke. “Mmm-hmm.” “What was that?” he asked, his voice gruff and serious. “Yes, they’re off.” “Okay, spread your legs, and with your phone, take a picture of your pussy for me.” “Seriously?” She knew she was blushing in the dark. “Take the picture, Kylie.” “Okay, but if you sell this to the paparazzi, I will kill you.” There was a rustling sound, then, “Oh, my God, I can’t believe I’m doing this.” He laughed. “Okay, here it comes. I hope it’s photogenic. It would be really embarrassing to have a non-photogenic pussy.” Pulling the phone from his ear to look, Kylie could hear his moan, exciting her even more. “So photogenic, Toots, just like the rest of you. And I love the red landing strip. It’s so hot. Oh, man, I love this. Spread your legs wider and use one hand to spread your lips open for me and send me another.” Following his directions, she did as he requested. 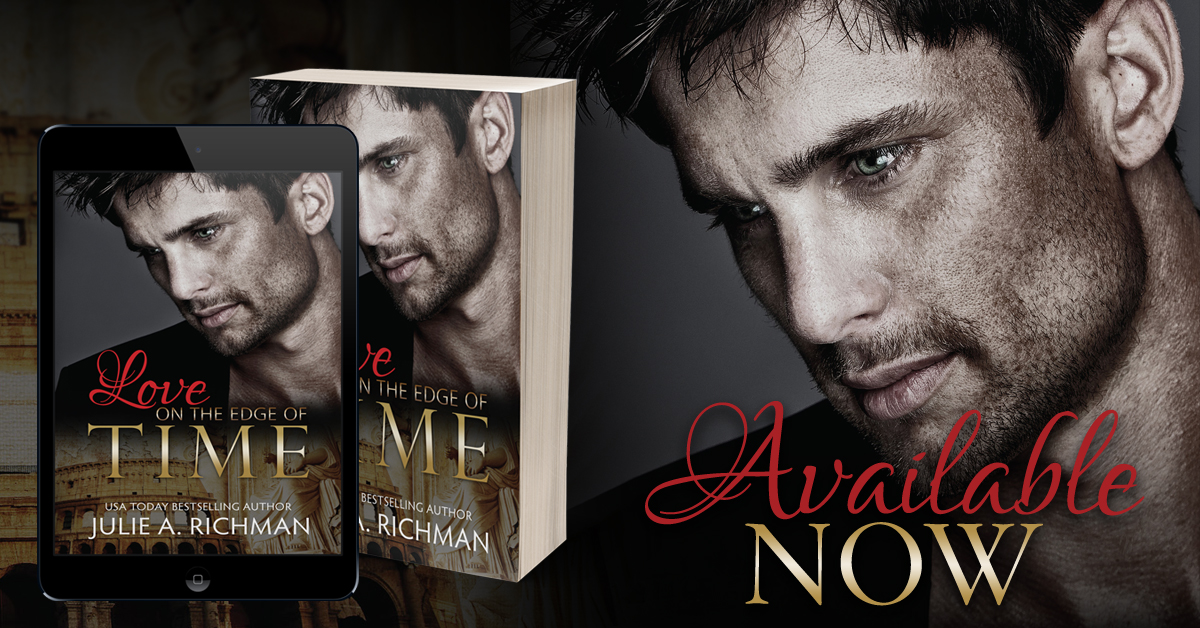 Review by Gia:
Julie A. Richman is an author I have been meaning to read so when I saw a new book was out I decided to start there.  I didn't read the blurb first although it probably would have be helpful to do so.  This one started out slow for me.   I liked Jesse right away because what's not to like about a bad boy rock star.    He and Kylie are both fighting demons and go to the same psychiatrist.  There is this whole thing about regression therapy and at first I wanted to skip over those parts because they really weren't holding my attention but once I realized how important and meaningful to Jesse and Kylie's story there were I was totally hooked.   This story is different from any story I have read.    It's one you should check out.
4 Amazeballs Stars!

I must've been 5 or 6 when I started writing "stories". I would write them and hide them. Not wanting anyone to see my "secret" thoughts. I needed to write - even back then. Now I'm just not hiding them anymore. Is that a sign of maturity? Nah... Writer, photographer, insatiable wanderluster, edge-player, foodie, music addict, pop culture fanatic, animal lover, warrior for the rights of people and planet, and avid cusser (am a Native New Yorker, so very little offends me...and if I am offended, it must be pretty freaking bad..like bad grammar!) I am a big believer in signs and if we keep ourselves open, there are guideposts all along the way. Stay humble. Be true. Be you. Life is not a dress rehearsal... 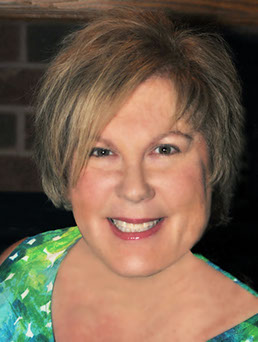