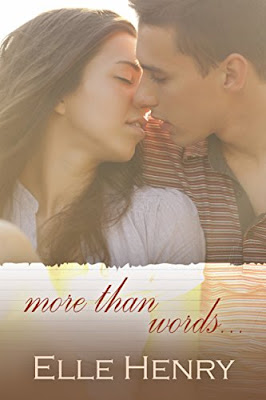 More Than Words by Elle Henry

Sixteen-year-old Ansley Stevenson is trying to understand teenage love and all the emotional trappings it brings. Victim of a kidnapping as a child she suffers from social anxiety along with a panic disorder. People scare her into a panic; her goal is to live a normal life outside of therapy and medication.

She has never been the girl boy’s notice or find attractive as most people view her as a freak due to her past. This changes the moment she locks eyes with Simon Collins, the cousin of her best friend, Maxwell. He turns her world inside out by giving her the courage to stand on her own two without fear, while showing her the beauty that life and love brings if you just live it. 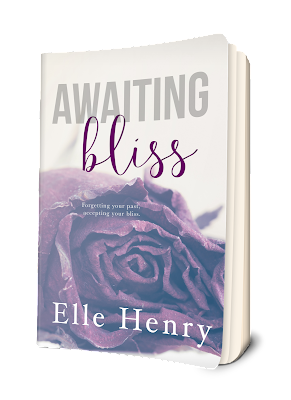 What do you do, when you thought you had love, but you were complete wrong? A devastating breakup left Allison Jacobs pondering exact that question after picking up the pieces of her shattered life. Will she find self-worth, and independence, or will she falter in the process? Awaiting bliss is a story about finding yourself after a breakup. Stay tuned to see if Allison's journey brings her happiness.

About Elle Henry:
Elle Henry is an Amazon bestselling author, she has published many short stories and poems through various publications. Her works include debut novel More Than Words, Nightmarish Eve and Pieces of me. In her spare time she enjoys visiting Independent libraries, coffee houses and museums. Her education includes degrees in English and Creative Writing.
She is also an editor and writing consultant for independent writers. Currently pursuing a Masters Degree in English Literature and working on the follow up to More Than Words titled The Beautiful Ones available later this year. She credits some of her favorite authors as the Bronte sisters, F. Scott Fitzgerald, Daphne Du Maurier, Sylvia Plath and Stephen King. Elle lives with her family in Central Florida.

9. What are writing projects are you currently working on?
Awaiting Desire the second book in the Awaiting Bliss series and The Beautiful Ones follow     up to More Than Words. I also blog on my professional blog through Hype Orlando “Candidly Elle”.